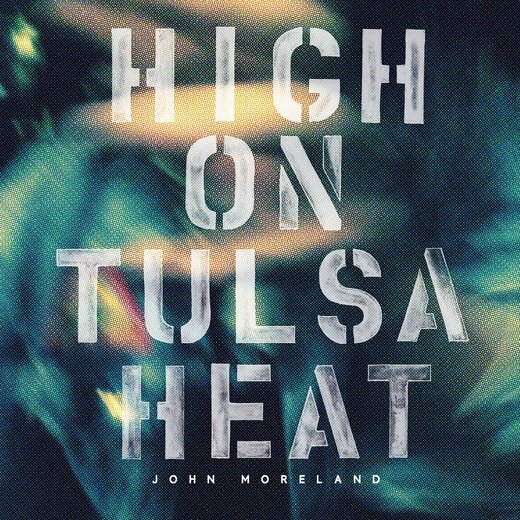 John Moreland — High On Tulsa Heat (April 21, 2015)
I wanna learn a new sickness
and dance around forgiveness
Darling, won’t you be my ache to please?
Or are you bundled up in bar light
clinging to a prettier disease?
Ξ   Just as Townes Van Zandt influenced Steve Earle, who in turn impacted Moreland, the Oklahoma songwriter will be the touchstone for the next generation of Americana artists should tradition hold. Already the standard–bearer for today’s brood that includes Abney, Caleb Caudle and M. Lockwood Porter, Moreland proves there’s nothing sanctimonious about singing the truth on High on Tulsa Heat.

By Corban Goble; May 14, 2015; Score: 7.0
Ξ   The lane is wide open for the would–be country revivalist. As the mainstream product increasingly incorporates new sounds and attitudes, there will always be audiences yearning for the sparer, "rootsier" sounds transporting them back to the days of the Highwaymen. It's an evergreen niche, and it is forever welcoming to new entrants.
Ξ   Enter Oklahoman songwriter John Moreland. Though Moreland has been making this sort of music since 2008 — his last release was 2013's In the Throes, a sorrowful and spare collection of heavy–hearted country rockers — his background playing in local punk and hardcore groups gives him a good feel for forcefulness. Many of the songs on Moreland's new album High on Tulsa Heat, arguably Moreland's prettiest if not his most most musically vivid release, capture this feeling — "Cherokee", in particular, weaves a solemn guitar line with Moreland's weathered vocal to devastating effect. ("I've got a taste for poison/ I'm giving up on ever being well/ I keep mining the horizon/ Digging for lies I've yet to tell.")
Ξ   High on Tulsa Heat is filled with simple delights like "Cherokee". Songs like opener "Hang Me in the Tulsa County Stars" and the title track push Moreland's voice forward while accenting its weary wisdom with simple accompaniments — sliding guitar, pedal steel, economically applied — and harmonies ("Heart's Too Heavy"). High on Tulsa Heat finds a nice balance between the spare and sad ("Cleveland County Blues") and warm moods, and on balance, it's strangely uplifting.
Ξ   Moreland lacks the cynical sharpness and humor of fellow travelers like Sturgill Simpson — whose Metamodern Sounds of Country Music stands as a high watermark for this generation's wave of "alt country". Moreland's songs are simpler and open up in more conventional ways. On High on Tulsa Heat, small details feel like major victories — for instance, the soft tambourine and shaker flourishes on album highlight "White Flag". Moreland's music is sad, to be sure — but even as he's singing about being useless and an addict ("You need something stronger/ A drug to kill the hunger/ And ease the awful pain of living here" from "You Don't Care for Me Enough to Cry"), you can hear a palpable hope for redemption coursing through. There is plenty of well–worn sentiment and saltiness in his music, but there is also a relatable humanity that makes High on Tulsa Heat worth going back to. Though many of the songs convey images of earthiness and of dirt, there's a beauty that helps the collection soar above the ground. Ξ   http://pitchfork.com/
Also:
By JON CARAMANICA, APRIL 20, 2015
Ξ   http://www.nytimes.com/2015/04/21/arts/music/review-on-john-morelands-high-on-tulsa-heat-world-weariness-and-clarity.html
BY ERIC RISCH, 23 April 2015;  SCORE: 9
Ξ   http://www.popmatters.com/review/192534-john-moreland-high-on-tulsa-heat/
Written by Lynne Margolis April 21st, 2015 at 11:20 am;  Score: 4 out of 5 stars
Ξ   http://www.americansongwriter.com/2015/04/john-moreland-high-tulsa-heat/
Written by Charles Hale; April 22, 2015
Ξ   http://ninebullets.net/archives/john-moreland-high-on-tulsa-heat-2015
John Moreland Showcases Latest Album “High on Tulsa Heat” To An Attentive Alabama Audience
BY THE SOUTHLAND MUSIC LINE JUNE 13, 2015
Ξ   http://thesouthlandmusicline.com/singer-songwriter/john-moreland-showcases-latest-album-high-on-tulsa-heat-to-an-attentive-alabama-audience/
_____________________________________________________________ 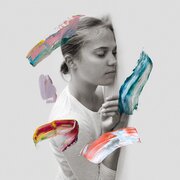