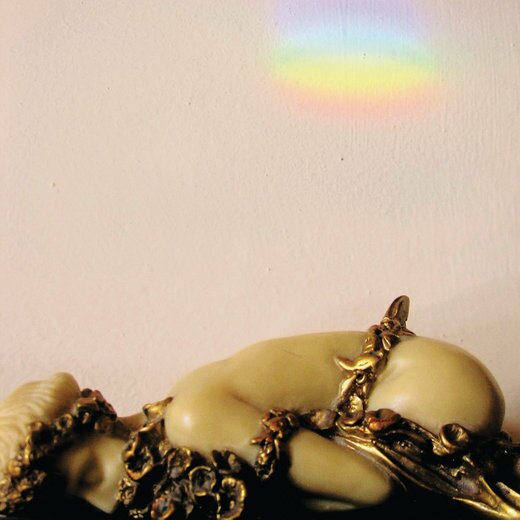 Josephine Foster — No More Lamps in the Morning
♦◊♦  Pro zdraví, štěstí, lásku, dlouhověkost, mír, prosperitu a bezpečnost: Jak přežít luxus Silicon Valley. Tento titul od Kevina Tudishe z října 2013 jsem vybral záměrně, dokonale se hodí i pro desáté album Josephiny Foster. Chicago–based singer/songwriter with a love for all things Tin Pan Alley, British folk, German lieder, and psychedelic rock. Foster is a Colorado–born artist whose songwriting draws from far corners of the musical spectrum to form a truly singular body of work. She says her craft is strongly shaped by “Tin Pan Alley on my maternal side, rock and roll on my paternal side, Western folk music by birth, art–song and classical music via my adolescent passions”.  “She effortlessly dissolves barriers between herself and her fellow musicians, between music and listener, between language and expression”. The Wire

© Photo by Trafal, 2015
Location: Chicago, Illinois
Styles: Alternative Singer/Songwriter, Indie Folk, Alternative/Indie Rock, Neo–Psychedelia
Album release: February 5, 2016
Record Label: Fire Records
Duration:     38:12
Tracks:
1 Blue Roses (words by Rudyard Kipling)     5:03
2 A Thimbleful of Milk     4:35
3 My Dove, My Beautiful One (words by James Joyce)     4:12
4 The Garden of Earthly Delights     5:50
5 No More Lamps in the Morning     5:53
6 Second Sight     5:46
7 Magenta     6:53
Features:
♦◊♦  Josephine Foster on nylon string guitar,
♦◊♦  Victor Herrero on Portuguese guitar and
♦◊♦  Gyða Valtýsdóttir cello
MY DOVE, MY BEAUTIFUL ONE
by: James Joyce (1882 — 1941)
MY dove, my beautiful one,
Arise, arise!
The night–dew lies
Upon my lips and eyes.
The odorous winds are weaving
A music of sighs:
Arise, arise,
My dove, my beautiful one!
I wait by the cedar tree,
My sister, my love.
White breast of the dove,
My breast shall be your bed.
The pale dew lies
Like a veil on my head.
My fair one, my fair dove,
Arise, arise!
•   “My dove, my beautiful one” is reprinted from Chamber Music. James Joyce. London: Elkin Mathews, 1907.
Blue Roses — Poem by Rudyard Kipling (The Nobel Prize in Literature 1907)
Roses red and roses white
Plucked I for my love’s delight.
She would none of all my posies —
Bade me gather her blue roses.
Half the world I wandered through,
Seeking where such flowers grew.
Half the world unto my quest
Answered me with laugh and jest.
Home I came at wintertide,
But my silly love had died
Seeking with her latest breath
Roses from the arms of Death.
It may be beyond the grave
She shall find what she would have.
Mine was but an idle quest —
Roses white and red are best!
Publisher: Vincent Music Co (1910)

Description:
♦◊♦  Josephine Foster’s “No More Lamps In the Morning” is a new folk route, a stripped down starsailor vector connecting heller to highwater. Foster, on nylon string guitar, and husband Victor Herrero, accompanying on Portuguese guitar, together weave intimate readings of songs spanning Foster’s songwriting career including selections from recent albums “This Coming Gladness” (2008) and “I’m a Dreamer” (2013) and back to Born Heller (2004).
♦◊♦  Foster’s new route is a free, chromatic music, a tuneful montana of mind — an expansive harmonic space dominated by Rif mountain on the horizon. As highwater as the music is, as broad the stylistic palette of the musicians, the music really exists in service of the lyrics. Two of the songs on No More Lamps are poems by Rudyard Kipling and James Joyce given musical settings by Foster. The rest arguably are musical settings of her own poems strengthened in a fiery crucible of guitars (and on 2 tracks Gyða Valtýsdóttir’s cello) in which dissonant notes bend and quaver as wirefork embers, dying without affecting the glowing tonal fire which unites contrary forces in a Moroccan speakeasy.
♦◊♦  She and Herrero have performed, for an audience of burros, concerts of Federico Garcia Lorca poems set to music. A music of wandering and a music of roots. An impermanent tradition passed down for generations. Let your loved ones know. ~ Written by Chris Davis
♦◊♦  Recorded live to tape by Henry Hirsch and Patrick Higgins at Future–Past Studios, Hudson, NY, in February 2014, the record was mixed by Patrick Higgins. ‘No More Lamps In The Morning’ features Victor Herrero on Portuguese guitar and Gyða Valtýsdóttir on cello (tracks 4 and 6).
♦◊♦  ‘No More Lamps In The Morning’ music and lyrics written by Josephine Foster except where noted.
AllMusic Review by Timothy Monger; Score: ***½
♦◊♦  Sixteen years into her career, indie folk outsider Josephine Foster remains a polarizing figure with a distinctive sound that is as challenging as it is beguiling. Possessed of a warbling, highly affected mezzo–soprano and an oeuvre that tends to skew more toward prewar jazz and Americana or pre–20th century folk than anything overtly pop, her sparsely adorned reinterpretations of several previously released songs won’t come as a huge surprise to fans. Played live in the studio with Foster on classical guitar and husband Victor Herrero on the 12–string Portuguese guitar, No More Lamps in the Morning comprises six career–spanning highlights along with one new song set to the James Joyce poem “My Dove, My Beautiful One.” With their dark fidelity and overly spacious arrangements, these new meditations feel almost as if they were unearthed from some distant vault of preserved wax cylinders rather than re–recorded. The rich tones of Herrero’s nimble accompaniments add welcome bursts of color to tracks like the title cut and to “The Garden of Earthly Delights,” one of two songs to feature the album’s only other guest performer, cellist Gyða Valtýsdóttir. On “Second Sight,” a song that first appeared on 2008’s This Coming Gladness, Foster weaves an eerie spell that simply wasn’t there on the original version, which relied more on psychedelic electric guitar textures to manufacture its mood and, in comparison, feels far more contemporary than its revision. It creates an odd paradox, giving the impression that these songs were backdated rather than updated, and it’s a testament to Foster’s craft that she can work so subtly as to nearly paint herself out of the picture. ♦◊♦  http://www.allmusic.com/
Discography:
♦◊♦  2005 Hazel Eyes, I Will Lead You     Locust
♦◊♦  2006 A Wolf in Sheep’s Clothing     Locust
♦◊♦  2008 This Coming Gladness     Bo Weavil Recordings
♦◊♦  2008 Little Life     My Kung Fu
♦◊♦  2009 Graphic as a Star     Fire Records
♦◊♦  2010 Anda Jaleo      Fire Records
♦◊♦  2012 Perlas       Fire Records
♦◊♦  2012 Blood Rushing     Fire Records
♦◊♦  2013 I’m a Dreamer     Fire Records
♦◊♦  2016 No More Lamps in the Morning     Fire Records
Bandcamp: https://josephinefostermusic.bandcamp.com/album/no-more-lamps-in-the-morning
Tumblr: https://www.tumblr.com/search/gyda%20valt%C3%BDsd%C3%B3ttir 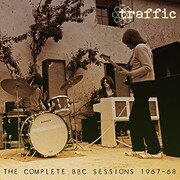