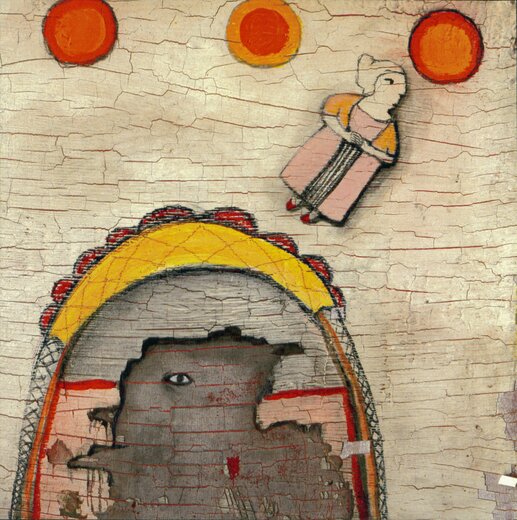 Review
♣   Long before it got all segmented and compartmentalized on us, music was a communal thing. Before recording came about at the end of the 19th century, the only way to hear music was to go to a fancy hall and watch someone else make it, or get together with your friends and neighbors and make it yourself. Folk music has been romanticized to death in the wake of a booming music industry, and for better or worse, it’s now a marketable commodity with its own distinct demographic subset. The Spin would never bemoan someone getting their due, critically or financially, for hustling cross–country to entertain massive crowds with folk songs (or any other kind of songs, for that matter), but we definitely feel something missing in the inevitable distance that develops between artist and audience when that audience grows very large. With that in mind, we were stoked to have an opportunity to catch a folk-focused bill on Saturday night in The Stone Fox’s cozy West Side nook.
♣   By the light of the full moon, we strolled in to find Peggy Snow and John Allingham of The Cherry Blossoms holding court — as they have for many a year in many a living room, back porch and dive–bar stage. Encompassing several generations of folk aficionados, their assembled company included percussion, winds and a striking young vocalist — on paper, a combo right out of A Mighty Wind, but minus the hokey pretension of a band convinced it has a sacred mission. With the exception of Allingham’s guitar, there wasn’t an electric pickup among them, which can make appropriate mixing tricky on such a small stage, and Snow’s kazoo–and–whistle rack made it difficult for her to get close to a microphone. The audience, mostly youngsters there in support of Honey Locust, were all crowded in a line about six feet from the stage; any closer and they’d be overshot by the speakers, making the vocals completely inaudible. Though we doubted the band members could hear themselves, they raged on with an informal joie de vivre that’s worth the trip to experience in person.
♣   After the dust settled a bit, Honey Locust took over for an efficient and polished set that still retained a bit of a backyard jam’s ramshackle feel. The group’s “orchestrated folk” sound — shot through with strings and brass, akin to world–traveling genre–blenders Beirut and Devotchka — required a fair bit of instrument–doubling, with their drummer holding down the beat and a rhythm guitar on occasion, and co–founder Patrick Howell ably handling bass, viola and accordion, sometimes during the same song. Despite the shuffling, there was nary a fumble to detract from their soaring choruses and rich harmonies. Though they’re fairly new faces around town, their skill at putting on a show is just as impressive as their songs, and we’re pumped to hear more from them in the future; not something we’re always inclined to say about a band whose forthcoming full–length (The Great Southern Brood in this case) is about cicadas.
♣   We weren’t quite sure what to expect from Josephine Foster. She’s made an enormous circle, from Fairport Convention folk–rock through German lieder and folk music popularized during Spain’s civil war, all the way back to an impressively enigmatic blend of all of the above on 2012’s Blood Rushing, recorded by wide–ranging Nashville engineer Andrija Tokic. With a mostly acoustic band including husband Victor Herrero on a guitars and local keyboard wizard Micah Hulscher on a spinet piano hauled in for the occasion, Foster treated us to a timeless music that felt truly psychedelic — not in the “Whoa dude, look at the colors” way, but rather in its somewhat disorienting otherworldliness. Foster's classically trained voice is powerful in a way we’re not accustomed to; we were reminded of Audrey Hepburn doing “Moon River” in Breakfast at Tiffany’s as Foster wound through a seemingly bottomless well of songs, varying from her own treatments of Emily Dickinson poems to the Bacharach/David number “Love Was Here Before the Stars.”
♣   The intimacy of Foster’s performance made an odd juxtaposition with the portion of the crowd there for late–night drinking. After half an hour of fighting to hear over their conversations, one fan urged them to “shaddup,” and eventually they died down to pin–drop levels. We were intrigued by the upcoming jam announced with the remaining Cherry Blossoms, but noting the time approaching 2 a.m., we made our farewells and headed for the sack. ♣   http://www.nashvillescene.com/
Discography:
Solo albums:
♣   There are Eyes Above      2000      ? ?
♣   Little Life My      2001      Kung Fu     ?
♣   Hazel Eyes, I Will Lead You      2005      Locust LOCUST 68
♣   A Wolf in Sheep’s Clothing      2006      Locust Media LOCUST 79
♣   What Is It That Ever Was?      2006
♣   Little Life  My              2008                  Kung Fu
♣   This Coming Gladness      2008      Bo’ Weavil WEAAVIL31CD
♣   Graphic as a Star      2009      Fire Records
♣   Anda Jaleo (*)      2010      Fire Records FIRECD150
♣   Perlas       2012     Fire Records
♣   Blood Rushing     2012     Fire Records
♣   I’m a Dreamer      2013    Fire Records
♣   No More Lamps in the Morning     2016    Fire Records
Notes: (* Josephine Foster and the Victor Herrero Band. Sung in Spanish).
Josephine Foster and the Supposed:
♣   All The Leaves Are Gone      2004      ? ?
♣   Live In D.C.      2004      ? ?
The Cherry Blossoms with Josephine Foster:
♣   The Cherry Blossoms with Josephine Foster      2007      ? ?
EPs:
♣   A Diadem      2005      ?
♣   Joy Will Ever Come If You Invite Her      2006 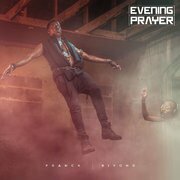