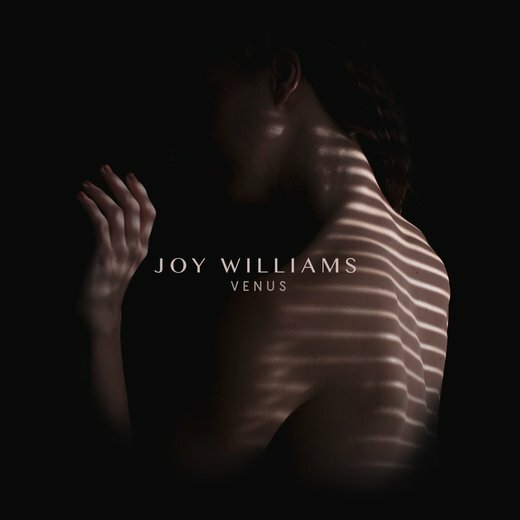 REVIEW
ANN POWERS, JUNE 21, 201511:03 PM ET
Ξ   “I'm gonna stand here in the ache,” Joy Williams wails in "Until The Levee," a song that comes just past the middle of the arc her new solo album, VENUS, creates. Ξ   She seems to nearly strain her warm, urgent voice, which many came to love in Williams' early Christian–music recordings — and many more adored as one half of the sound of the now–defunct Civil Wars. But then comes a break as she offers an image of tumultuous release: “Until the levee or my heart breaks.” It's a fascinating twist on an old blues trope, one that personalizes and feminizes it; Williams pushes into it, showing that she's well aware that Robert Plant laid claim to this language before, but sure in her right to rebuild the metaphor with the mortar of her own tears.
Ξ   "Until The Levee" is one of the songs Williams has described as a bridge connecting her work with The Civil Wars and this new, more adventurous pop sound. That duo's sensibility is also evident in the circular structure of "The Dying Kind," a profound meditation on mortality, and in the plaintive chorus of the wanderer's ballad "Before I Sleep." (Producer Charlie Peacock, who mentored The Civil Wars, is one of the three who oversaw this project.) But VENUS is also the chronicle and result of Williams breaking free of that connection, and its sonic palette goes in different directions. "I am a universe wrapped in skin," Williams roars in "Woman (Oh Mama)," the album's Peter Gabriel–inspired first single. She steps boldly to live up to that claim.
Ξ   Much will be made of beats–driven Williams workouts like that one or "Not Good Enough," with a chorus reminiscent of the Bruno Mars hit "Just The Way You Are." The always–dubious association of the quietly daring Civil Wars with country and Americana music may make Williams' leap into electronics shocking to some. In fact, throughout her career, Williams has used a wide variety of sounds, touching upon pop–rock and sparkly dance–pop in her solo material. Venus is really a return for her to the open–ended approach she's long valued. She's brought along a new openness to intimacy — the magical ingredient of The Civil Wars — that lends pathos to many of the songs on Venus.

Ξ   Williams has a story people have wanted her to tell, which in its full form goes far beyond whatever acrimony separates her from her former singing partner John Paul White. (The two don't communicate now.) Some cuts on VENUS clearly address White, including the unfussily devastating ballad "What A Good Woman Does." But others address the major life changes that coincided with that split, including a rough time in Williams' marriage, the birth of her son and the death of her father. Williams takes on this material without shirking its heaviness, but her gift for melodies that rise up like warm winds brings a climate of grace to even the most difficult subject matter.
Ξ   The collaborators Williams chose for VENUS inhabit the same space she treasures, where spiritual and emotional insights can flower within a framework of singer–songwriterly, adult–oriented pop. This is the ground covered in years past by the singer's inspirations, including Gabriel, Annie Lennox and Tori Amos. It's where people like Peacock and singer–songwriter Matt Morris — one of VENUS' executive producers — have been making sophisticated, hard–to–categorize pop for years. If a certain introverted focus was key to The Civil Wars' appeal, here is where Williams flings her arms open again.

Ξ   Whether that embrace will be returned via a Top 40 hit is hard to say; commercial radio's narrow parameters don't necessarily make room for sophisticated grown women with things to say about motherhood, long–term love and feminist cosmologies. (This album would have fit in well in the Lilith Fair '90s.) What's clear is that this is where Williams really lives, what she really needs to say, in this musical language. She'll stand in its ache and its ecstasy until she's heard. Ξ   http://www.npr.org/

Artist Biography by Ashleigh Kittle
Ξ   Joy Elizabeth Williams initially planned on a career in journalism or family therapy. Ξ   Instead, the California resident signed with Reunion Records at the age of 17 and released her debut project in 2001. Mixing elements of contemporary Christian music into an intimate form of pop music, she enjoyed a successful CCM career during the early 2000s, earning multiple nominations at the Dove Awards and selling over 250,000 copies of her first three albums. Williams eventually expanded beyond the sacred world, serving as a songwriter for Warner/Chappell Music and founding her own company, Sensibility Music, with husband Nate Yetton. She also formed an acclaimed acoustic folk duo, the Civil Wars, with fellow songwriter John Paul White.
Ξ   Williams grew up in the Santa Cruz Mountains on the central coast of California, where her father, Roger Williams, served as the executive director of Mt. Hermon Christian Conference Center. In interviews, Williams would later state that living in an environment that hosted prominent spiritual leaders led her to become "a learned extrovert." During high school, she excelled and was often labeled a super–achiever, maintaining a 4.0 GPA while also filling the roles of varsity athlete and student body president. At the age of 14, Williams was offered a recording contract, but she turned down the opportunity to pursue a normal childhood. When a second recording contract was presented to her three years later, however, she signed. Her debut album was recorded during her final years in high school, and Williams followed it with 2002's By Surprise and 2005's Genesis.
Ξ   After Genesis' release, Williams ended her relationship with Reunion Records and began writing songs for other artists. She returned to her solo career in 2009, releasing a series of EPs under her Sensibility Music label. That same year, she also released Live at Eddie's Attic, which marked her debut with John Paul White as secular Americana/folk act the Civil Wars. Prior to the duo's 2014 split, they won four Grammy Awards and topped the Billboard 200 with their second, self–titled album. Williams emerged with Venus, her first solo album in the summer of 2015. The set was produced by Matto Morris, Charlie Peacock, and Daniel James, with Williams, her husband Nate Yetton, and Justin Timberlake listed as executive producers. Facebook: https://www.facebook.com/joywilliamsmusic / Website: http://thecivilwars.com/ // http://joywilliams.com/  //  https://twitter.com/joywilliams