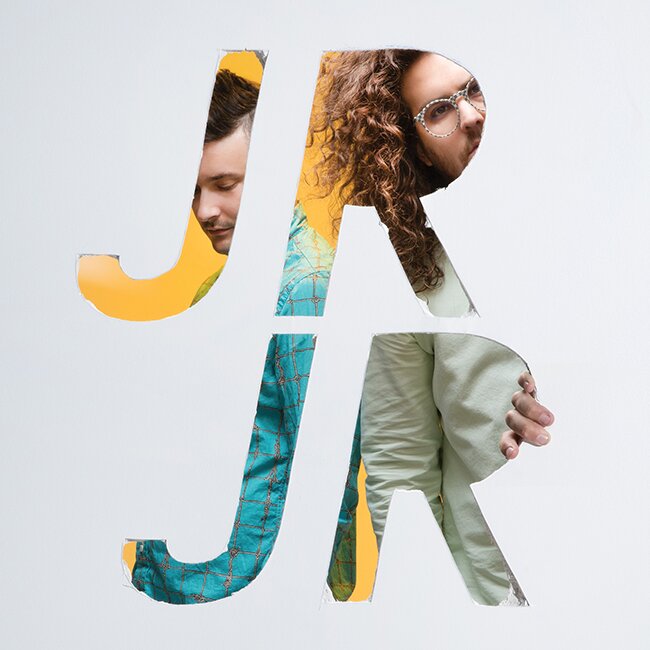 JR JR — JR JR (September 25, 2015)
♦♦♦   Members Joshua Epstein and Daniel Zott shared the name change news from their social media pages. In a lengthy post, the band formerly known as Dale Earnhardt Jr. Jr. started with some background — a supportive letter from NASCAR legend Dale Earnhardt Jr., who wrote in 2011 that “I thought it was clever and I personally have no problem with your band’s name. You will not hear from any lawyers on our end should you choose to keep the name.”
♦♦♦   JR JR, formerly known as Dale Earnhardt Jr. Jr., is an American indie–pop band from Detroit, Michigan, consisting of Daniel Zott and Joshua Epstein. Zott and Epstein met each other while playing in other Detroit music projects. They began recording in Zott’s basement in Royal Oak, Michigan.

By Lars Brandle and Chris Payne | July 16, 2015 10:00 AM EDT / http://www.billboard.com/
♦♦♦   Though they’ve worked under that moniker since 2009, Epstein and Zott give a solid reason for going with a clean new name: confusion. As the band’s fanbase has grown, “so has the amount of confusion caused by the name Dale Earnhardt Jr. Jr.” the note continues.
♦♦♦   “Some of it is no big deal and easily cleared up. But sometimes we get sad and bizarre requests sent to our social media sites or emailed to people we work with. We’ve had people drive long distances to shows only to be disappointed when they realize it’s a neurotic Jew and wild haired gentile from Detroit they’ve paid to see. A number of times now we’ve received hope filled inquiries from people who have dying relatives that only want to meet Dale Earnhardt Jr. (the driver) before they pass. Those sorts of interactions feel a little voyeuristic and eerie, and even attempting to simply clarify the situation means you’ve added a moment of embarrassment to someone’s day when they’re already going through a lot.”
Description:
♦♦♦   With an ear for Brian Wilson–esque harmony, JR JR swirl indie pop, folk, and electronic elements into one breezy package. Originally named Dale Earnhardt Jr. Jr. with typical irreverence, the duo of Joshua Epstein (also of the Silent Years) and Daniel Zott came together in Detroit in 2009. Working out of a basement studio, the pair worked to create a sound that was danceable without sacrificing anything in the songwriting department, merging intricate and airy melodies with solid programmed beats and synth atmospherics. Their hard work bore fruit in 2010 when they released their debut EP, Horse Power, on Quite Scientific, quickly followed by the EP My Love Is Easy: Remixes Pt. 1. That same year, the pair was also tapped to do a remix of Moby’s "Wait for Me.” The resulting buzz from their early releases led to a record deal with Warner Bros., who released their Record Store Day–exclusive EP titled We Almost Lost Detroit in spring 2011. The duo’s full–length debut, It’s a Corporate World, followed that summer. In 2013, they returned with an EP, Patterns, before releasing their sophomore full–length, The Speed of Things, later that year. In 2015, even though they had the blessing of Dale Earnhardt, Jr. himself, to avoid ongoing confusion by fans and seekers of the race car driver, Epstein and Zott decided to change the band’s name to simply JR JR. Their first LP under the shortened handle and their third with Warner Bros., the endearing JR JR was released that September. ~ Gregory Heaney & Marcy Donelson

Dale Earnhardt Jr. Jr. Biography
♦♦♦   You could certainly call it a “Turning point” or a “New chapter,” but Detroit’s JR JR have been working towards this moment since first forming in 2009. Their self–titled third full–length album, JR JR [Warner Bros. Records], represents a complete realization of the creative union between members Daniel Zott and Joshua Epstein.
♦♦♦   “To me, this album is like the third part in a series,” explains Epstein. “When we first started the band, we were trying to make pop music in the way we remembered and learned it. You can feel that on our first album, It’s A Corporate World. The second, The Speed of Things, took everything a step further, but it was a little more polished and professional–sounding. JR JR has a little bit of both worlds. We’ve gotten better at recording, and we’ve grown together — and separately. It’s the culmination of the series so far.”
♦♦♦   Zott puts it succinctly, “It feels like we found our voice.”
♦♦♦   Under their original moniker Dale Earnhardt Jr. Jr., the group built a rather rich history, eventually setting the stage for JR JR. From famously getting signed by a Warner Bros. A&R exec who jumped on stage at CMJ, at which point Zott remembers asking, “Who is this asshole?” to snagging their own Ice Cream flavor back in Michigan, JR JR Mint, and even being invited to practice by the Milwaukee Bucks, their indefinable and inimitable charm continually proves magnetic. Along the way, they’ve sold out countless shows, given TV performances on the likes of Conan, and cultivated a rabid fan base. 2014 saw them step outside the box, creating music for the hip–hop mixtape, Produce, which featured the likes of Murs, Asher Roth, Chuck Inglish, and more. It creatively galvanized them and sparked the process behind their third offering.

♦♦♦   “Produce gave us the chance to step back and look at production in a different way,” says Zott. “We realized we were adding too many things and layering too much. We became more straightforward and minimal, as a result. It taught us a lesson, and we started to embrace that process when we make our music. We find what the songs need, do that, and don’t keep piling on bells and whistles.”
♦♦♦   With that mindset, JR JR began recording in Detroit and Los Angeles over a period of six months between tour. The sessions yielded “James Dean,” during which a booming synth and R&B–style beat gives way to a resounding harmony. In late 2014, it became their fastest growing song on Spotify and an immediate live favorite.
♦♦♦   “Lyrically, it felt like a snapshot of a night in my life,” admits Epstein. “All of it’s true. It happened in the moment, and I just started singing.”
♦♦♦   “It’s not always about trying to be cool and staying relevant,” continues Zott. “The pressures of being an ‘indie band’ trying to be cool seem like bullshit when you get older. You should just write the music you want. We’ve realized that.”
♦♦♦   Meanwhile, the first official single “Gone” tempers a dreamy acoustic guitar pluck and sunny whistling synth with an infectious refrain that’s definitely as Epstein puts it, “Karaoke worthy.”
♦♦♦   “We took a different approach,” Zott goes on. “We didn’t touch a computer until we could sing the song together. It challenged us to write a song with the strength to be sung alongside just a guitar or piano. There weren’t any tricks.”
♦♦♦   “I fell asleep and had this dream,” recalls Epstein. “We were in the car, and a song came on the radio. I woke up and sang the hook into my phone. A lot of the lyrics were really personal. It was where we were. It was this beautiful moment of chaos.”
♦♦♦   Elsewhere, “In The Middle” shimmies between a simmering hip–hop beat and a hyper charged hypnotic chant. Epstein remarks, “I’m good at making quick decisions, but terrible at making decisions that feel important. I was going through some big life changes, and I didn’t know which way to go. I spent a lot of my life feeling stuck in the middle of things and not being able to move. It’s about that.”
♦♦♦   Kicking off this next phase, they addressed the name change in a personal statement, but one tweet perfectly summed it up, “Diddy changed his name 3 times. It’s really not a big deal.”
♦♦♦   It’s the impact that matters. Their influence became clearest when they launched their #5YRSOFJRJR social media campaign in 2015. JR JR encouraged their audience to share their favorite moments and memories of the group thus far. The overwhelming response reaffirmed their place in pop culture.
♦♦♦   “We try to be a band who’s thankful for that,” concludes Zott. “We’re celebrating what we’ve done, so we can begin something new. That’s this album.”
♦♦♦   “We’re moving towards the next series now,” Epstein leaves off. “This is a beginning.”
Website: http://www.jrjrmusic.com/jrjr
Twitter: https://twitter.com/jrjrmusic
Facebook: https://www.facebook.com/jrjr 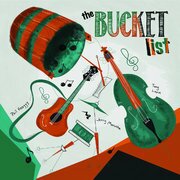