What We Say
•   This LP is all about the beats. Julien Dyne (who unsurprisingly happens to be a drummer in his day job) has managed to construct some very complex, yet dazzling, rhythms and built some very exquisite songs around them. The addition of the vocals (as a Meme regular you will know of Ladi6 and Mara TK already) only adds to the appeal of the album. But, beware, this album is a grower; some of the tracks that we dismissed a little too easily on our first listen have become solid favourites. The first single, ‘Candy Apple Grey’, which features Claire Duncan on vocals, we loved on first listen, but tracks like ‘Get Closer’ and ‘Who Are You’ take time to really appreciate, but will, once they do, stay with you for a long while. The album’s 19 tracks are all pretty short (averaging around the 2 and half minute mark) so do tend to come across more as snippets rather than major compositions, which could quite easily put most people off. For us, though, it is the intensity that this brevity brings that gives the tracks their inherent appeal. As a second album, this is an accomplished affair from a talented musician: we recommend that the conciseness and fervor of the music should be seen as a virtues and wholeheartedly embraced as such by its listeners. ’Glimpse’ is released on 16th January 2012 on BBE Records, and on Wonderful Noise in Japan on 21st December 2011.
MEME MAGAZINE: http://www.mememagazine.com/reviews/julien-dyne-glimpse-bbe/

Review:
•   There’s probably some hyper blogified micro–genre definition of of the music contained in this album, but I care not for such classification, suffice to describe it as Dope Beats. Maybe fractured post–Dilla, post–FlyLo Dope Beats, but Dope Beats will do. It has some deep vibes, a distant sense of menace, if you will, running throughout the album. Sunny side up, this is not, it’s not so far from the vibe Tricky used to parlay in the early days. I made the mistake of giving this a first listen in the midst of a lengthy road trip in NZ, after a 4AM wake up, airport funtimes, and 3 hour flight, and my wife’s reaction spoke volumes, fractured beats are not great with a fractured mind! Several listens later, with a quieter mind, I dig it.
•   Julien Dyne has an impeccable pedigree, as a former member of seminal NZ outfit Opensouls, and as a current member of Ladi 6‘s live touring party, alongside several other roles, mainly as a drummer with various other high profile outfits. He’s enlisted help from former bandmates Chip Matthews, Jeremy Toy (She’s So Rad)and Isaac Aesili (Funkommunity)for this album, as well as input from Ladi 6, and Parks, her producer and partner, as well as Paul Dyne, Cameron Allen, Paul Dyne, Mara TK (Electric Wire Hustle) and Claire Duncan. This is his second solo album, after 2009′s Pins and Digits, which traversed similar ground, and was met with critical acclaim.
•   Glimpse is a dense piece of work, with a grand total of 19 tracks, most of them coming in under 3 minutes, with only 5 tunes (barely) broaching that barrier. That said, most of the tunes have a completeness to them, which is rare in tracks so short, usually they come off as unfinished beat ideas. Some of them pass by without really grabbing you, but that is the exception rather than the rule. As is often the case, it’s the vocal tunes which jump out at you first, with exemplary work from Ladi 6, Mara TK, Claire Duncan and Jeremy Toy, as well as some great backing vocals on a few tracks from Parks.
•   The standout tunes for me on this album are the aforementioned vocal tunes, the single that was dropped before the album ‘Creebin,’ with it’s killer sample (or is it Parks?), a sung line which sounds like ‘you wouldn’t dream about it,’ which I’m sure I recognise, but from god knows where, the dense poly rhythms of ‘Rubberneck,’ the excellently named ‘Ernst–Rutherford 121,’ (he’s a distant relative dontchaknow!), the pulsing ‘Borritoe,’ and the oppressive atmospherics of ‘Rago.’ I could go on, most of the tunes make the grade.
•   So, yeah, avoid listening to this album on long road trips, when your brain isn’t all it could be, but cranked up on your soundsystem, with a big doobie, and maybe some XBox action, hell yeah. This guy has some serious chops, and is getting richly deserved acclaim for it across the globe, yet another Australasian (can we change that term?! Maybe Tasmanian? — oh wait that doesn’t work either, maybe New Zealandstralasian?) beats boss, killing the scene. Just don’t ask me what the genre is!

Biography :
•   Julien Dyne is a multi–talented artist — a top New Zealand drummer, producer and visual artist. Best known for his work as the drummer for Opensouls and Tyra and the Tornadoes, Julien has also worked with the likes of Verse Two, Nathan Haines, Fat Freddy's Drop and Ladi6. Since his selection for the Red Bull Music Academy in Rome in 2004 Julien has been working with international artists and forging his own unique sound as a producer.
•   Julien spent two weeks in Cologne in 2007 where he recorded, collaborated and co-produced with legendary musicians and producers including the Mizell brothers (Motown/ Jackson 5, Donald Byrd, Bobbi Humphrey), Om'mas Keith (Sa– Ra), Steve Spacek, Mark Pritchard (Harmonic 313), Andreya Triana, Black Spade, Theo Parrish, Roman Rosic, Skymark and Sophie Loizou. Pins and Digits is Julien's long awaited debut album, following the critical acclaim of his first release Phantom Limbo EP (2007).
•   Phantom Limbo EP introduced Julien as a producer and served as a platform for him to showcase his sizable percussion and production skills — he expertly moulds together produced beats and live instrumentation to create a sound which encompasses hip hop and funk, afrobeat and jazz. The Sunday Star Times described the EP as "the most convincing local hybrid of jazz, funk and hip–hop I've heard in a very long time." Lead single 'Maddingos' was nominated for a bnet award 2007, and remains a local anthem for DJs. Pins and Digits features guests spots from some of New Zealand's most talented musicians including Jonathan Crayford, Paul Dyne, Lewis McCallum, Jeremy Toy (opensouls), John Bell, Isaac Aesili, Steph Brown and stand out tracks from the fresh vocal talents of Mara TK (Electric Wire Hustle) and Parks (Ladi6). •   Stylistically Pins and Digits combines the big bass, brass and beats aesthetic of the Phantom Limbo EP with futuristic keyboards and synthesised sounds. //// Links :
Julien Dyne : bbemusic | discogs | facebook | myspace | soundcloud | twitter | youtube
BBE : official | facebook (page) | facebook (group) | soundcloud | myspace | parisdjs | twitter | youtube 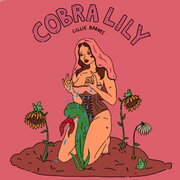