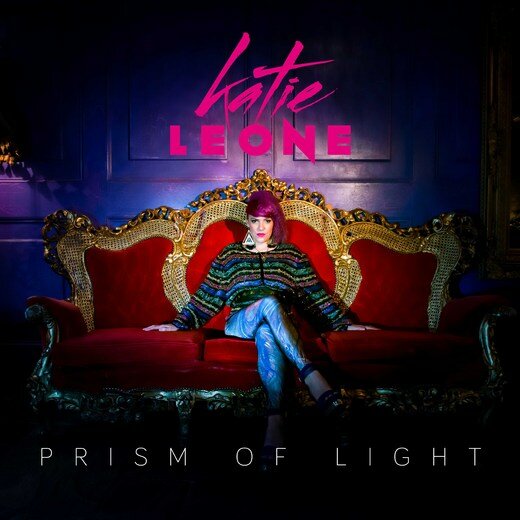 Katie Leone — Prism of Light (July 10th 2015)
♥   Katie Leone is an experienced gigging musician, Katie has worked with artists across the Soul/Funk/Jazz scene including; Jocelyn Brown, Chaka Khan, Leon Ware, Roy Ayers, Reel People (featuring Tony Momrelle), Imaani, & Omar. ‘Prism Of Light’ — her debut album has been a long time coming, the first tracks to be written — “Perfect Love” (a romantic ballad), the homage to summer in London that is “Yellow Flower”’ & the album title track and positive anthem “Prism of Light”. “If I’m Human” (an ambient piano ballad), the beautiful “My Song”, “Camel Ride”, the Rufus & Chaka Khan–inspired “Let Down Ya Hair”, catchy funky house tune “Stronger”, the ‘Grace Jones–esque’ 80’s vibe “The Grind” and epic house tune “Hold On!” Katie Leone’s ‘Prism of Light’ — an album that combines the flavours of disco, funk, neo soul, house and rare groove.
♥   We’ll be supporting this release in the lead up to its official release. Be sure to have your pennies saved up for July when it hits the shelves.

© LEWES, ENGLAND — JULY 05: Singer Katie Leone of the band Incognito performs on stage at Love Supreme Jazz Festival at Glynde Place on July 5, 2014 in Lewes, United Kingdom. (Photo by Andy Sheppard/Redferns via Getty Images)
REVIEW
♥   Born in Leicester, raised in East Anglia, having lived in London and now residing in Kent, Katie Leone doesn't fit into any particular stereotype. Brought up in the countryside in an area with no diversity, black music stood out to her as something really beautiful that she connected with and a vibe she wanted to tap into. As a sixteen year old, Katie was obsessed with the vocal on Erma Franklin's “Another Piece of my Heart” and she desperately wanted that deep yet feminine passion that Erma emanated on that record. Throughout her teens Katie experimented with different styles and instruments but it was her first vocal coach who picked up on her natural soul leanings. Still, influenced by everything from Bjork to Pink Floyd, Katie tried her hand at most styles, including heavy rock and even opera! But it was when she went on to study music further at college that she realised that her vocation lay in Soul, Funk, Jazz and RnB.
♥   Katie was a prolific writer from an early age and this something that she always wanted to do — to be an artist in her own right. Gigging constantly from her late teens, Katie honed her considerable vocal skills, earning a living through session work. ♥   In the early Noughties, Katie relocated to London and hooked up with Toby Smith from Jamiroquai and an incredible musician he was collaborating with called Chris Dodd. Chris and Katie developed a song writing partnership which amongst other things, spawned the romantic ballad “Perfect Love” plus the homage to summer in London city that is “Yellow Flower”. They also co–wrote the album title track and positive anthem “Prism of Light”.
♥   Katie met with some of the great musicians that she now plays with. One being the well respected ginger jazz man known as Mr Carl Hudson. “If I'm Human” emerged, an ambient piano ballad with a spiritual message that goes deep. “My Song” and “Camel Ride” came next from the Carl Hudson/Katie Leone songwriting partnership and they began to gig them regularly at London's 606 club with the “Soul Reality” collective (a movement that spurned Blues singer Jo Harman and Terry Lewis from Mama's Gun amongst others). From those early days of the collective Katie also worked alongside uber–talented guitarist Nat Martin, tasteful groove player Mark Wallis on bass and Mat Hector on drums, to provide a seriously solid backbeat. They were listening to a lot of Rufus and Chaka Khan at the time and these influences came out in the song “Let Down Ya Hair”.
♥   Katie's career continued to develop, stepping up on both a professional and artistic level and she found herself working with artists as diverse as Lou Reed, Soulpersona, Jocelyn Brown, Princess Freesia, Leon Ware, Roy Ayers, Reel People (featuring Tony Momrelle) Imaani, Omar, Chaka Khan and many others from the cream of the soul scene. Katie was also subsequently spotted and recruited by Bluey from Incognito and she continues to tour as a fully signed up member of Britain's finest jazz funk band to this day.
♥   During this time, whilst performing at a festival in Notting Hill with some of the aforementioned artists, Katie made an impression on producer Andy Richardson (all round musician and writer himself) who got in touch to ask if she would feature on one of his projects. Having heard and loved his track “Woah!” featuring Omar from his project “The Modernists”, it wasn't a difficult decision and she found herself working on a track that Andy had written called “Stronger”. As it turned out, this track subsequently didn't make the final cut for his project — which is a blessing as Katie loved it and wanted it for her own album. A catchy funky house tune , it's the only track in the album that Katie didn't write but it is a perfect fit, with its immediate and uplifting chorus. Together with Chris, Katie also wrote the 'Grace Jones–esque' 80's vibe “The Grind” and epic house tune “Hold On!”. It was Andy who convinced Katie to finally to compile all of these songs that she'd been writing over the years into one album and so, after a decade in the making, we can now unleash Katie's 'Prism of Light' onto the world — an album that combines the flavours of disco, funk, neo soul, house and rare groove. An album that represents the artist that is Katie Leone. ♥
Soundcloud: https://soundcloud.com/katieleone/katie-leone-prism-of-light-album-sampler
Label: http://www.splashmusicproductions.com/
Twitter: https://twitter.com/katieleonemusic
Facebook: https://www.facebook.com/pages/Katie-Leone/746753015369253 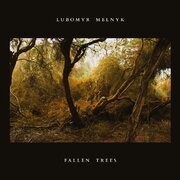