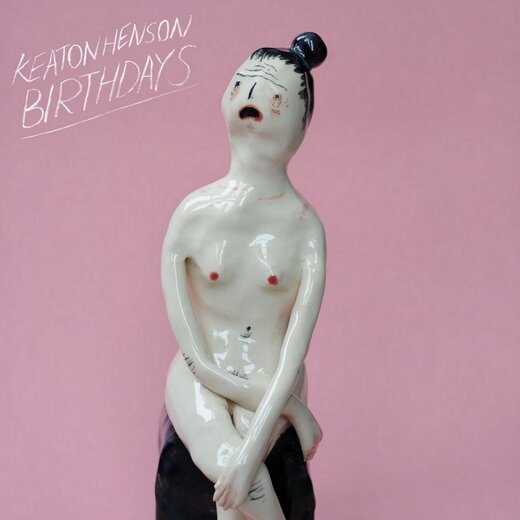 Keaton Henson — Birthdays
≡  This second album finds Keaton Henson breaking out a little from the intense, introverted folk of his debut.
Location: London, England
Album release: February 25, 2013
Record Label: Oak Ten Records
Duration:     40:46
Tracks:
01. Teach Me     4:26
02. 10 AM, Gare du Nord     3:58
03. You     4:43
04. Lying To You     3:48
05. The Best Today     4:29
06. Don't Swim     4:57
07. Kronos     4:11
08. Beekeeper     4:13
09. Sweetheart, What Have You Done To Us     3:30
10. In the Morning     4:01
11. Milk Teeth
12. If I Don't Have To
13. On The News ♣
≡  New 10 track album on 'Oak Ten Records' via RCA, from critically acclaimed musician and artist Keaton Henson.
≡  This deluxe CD format includes 3 bonus tracks, an extended booklet and exclusive fold-out art print.
≡  Super Deluxe CD is an A5 hardback book edition (x16 pages) with CD insert inside front cover.
≡  Limited to 500 copies.
≡  Birthdays A5 hardback book edition consisting of 28 inner pages and CD.
≡  Measures 7in x 7in
Website: http://www.keatonhenson.com/
MySpace: http://www.myspace.com/keatonhenson#!
Facebook: https://www.facebook.com/keatonhensonfans
Vimeo: www.vimeo.com/keatonhenson
YouTube: www.youtube.com/lawlessprovide
Soundcloud: www.soundcloud.com/keatonhensondear
General director:
BBC Review
Henson’s stripped-back sound is almost shocking in its purity.
Martin Aston 2013-02-13
≡  In this frantic Twitterworld, where all the genres of music are either mating with other genres, feeding on the past or searching for the next trending wave, Keaton Henson personifies the moment when time stops still.
≡  It’s the almost shocking sound of one man and his gently stoked electric guitar, which flicks like the embers of a fire, as the singer’s voice glows in the reflected light, safe in his panic room.
≡  Crippled by anxiety since childhood, to the point that he rarely goes out or plays live, the wondrously bearded Keaton is the archetypal tortured recluse who channels his emotions not into shopping or clubbing but his art: he’s a skilled illustrator too, of bare-boned drawings that are as starkly delineated as his guitar-playing.
≡  Birthdays follows 2012’s cult debut album Dear..., and for its first half, Henson avoids slipping into post-dubstep, chillwave or hiring Skrillex in order to fit in.
≡  But there is change underfoot. Dear… featured one drum track, so the subtle beat behind The Best Today is no biggie. But half way through the following Don’t Swim, it’s like an ember has landed in your lap.
≡  The song’s sudden electrical charge, which persists through the following, thunderous Kronos, is the sound of Henson wrenched from his comfort zone. Birthdays’ second track suggests he’s even reached Paris.
≡  In fact, the whole album was recorded in California by American producer Joe Chiccarelli (The Shins, The Strokes). And various guests, including Jesca Hoop on ghostly backing vocals, have chipped in.
≡  Birthdays’ second half takes Heaton closer to Jeff Buckley’s turf: the unforced vibrato, the goosepimply effect and romantic hunger. But it’s a subtle shift, and the instrumentation only partially reconfigures the secluded spell.
≡  Beekeeper’s occasional bouts of rock doesn’t drown out the soft peals of banjo, while the swell of French horns, martial drum and Henson’s fluttering voice in Sweetheart, What Have You Done to Us sounds like he’s still in his bedroom.
≡  Up there, warmed by the fire, he’s cloistered away from Twitter and all the other evils of this parish. There’s no better way to shut out the din than by putting this record on.

-------------------------------------------------------------------
REVIEW
Maddy Costa  (Rating: ***)
≡  The Guardian, Thursday 14 February 2013 21.55 GMT
≡  A recluse subject to panic attacks in public, Keaton Henson is fearless in the privacy of song. His debut album, Dear, which crept out of his bedroom three years ago, dissected heartbreak with stark honesty. Its followup offers more of the same, but with studio polish: a querulous voice pitched between Conor Oberst and Marcus Mumford, a guitar played as gingerly as if he were handling raw eggs, and a piercing light shone on the dust of the past. "Please do not hurt me love, I am a fragile one," he sings, with affecting simplicity, in 10am, Gare du Nord; only to shrug off love with careless brutality in Teach Me and Lying to You. Mid-album, this unvarying introspection begins to sound maudlin – but then Kronos erupts with malevolent force, all sinewy guitars and pounded drums, briefly stunned into silence by Henson's cutting note to self: "You son of a bitch, stop writing songs like this." Actually, more like Kronos would be great.
-------------------------------------------------------------------
Biography by Scott Kerr
≡  London-based singer/songwriter and illustrator Keaton Henson rose from self-imposed obscurity to having a cult following thanks to his critically acclaimed debut Dear… Henson spent much of his time alone, and this intense privacy almost derailed the release of his music, which he had never intended for public consumption. Such was his avoidance of the limelight that he has been known to respond to his email-only interviews with answers simply drawn in his unique style to convey his answer. Compared with such luminaries as Elliott Smith, Jeff Buckley, and Bon Iver, Henson channels his naked tales of heartbreak and loneliness to a soundtrack of gently strummed guitars and haunting melodies. He originally self-released Dear… via Bandcamp in 2010, before he began to gather a fan base and hype through word of mouth and blogs. This alerted his sublime songwriting talent to Sony, who re-released the record in 2012. His shyness extended to deep-set stage fright which prevented him from playing comfortably in front of audiences. Initially, to combat this, and in promotion of single “Charon,” he hosted an exhibition in east London entitled Gloaming -- also the name of a graphic novel by Henson. The three-day installation allowed fans to enter one at a time and poke their head through a window, where Henson would play a song one-on-one. The inventiveness and intimacy of this event is testament to the unconventional nature of Henson, which is evident throughout this bedroom-recording debut. Henson has since embarked on nationwide “Museum Tours” which has seen him play to a conventional audience, yet in atypical venues, across the U.K.
-------------------------------------------------------------------
REVIEW
By Alex Hudson
≡  Keaton Henson's debut album, Dear…, was originally self-released in 2010, but the 24-year-old English singer-songwriter will have label support for the unveiling of his sophomore effort. He has signed with Anti- for the North American release of Birthdays on April 9. This will follow the album's UK release on February 25 through Oak Ten Records.
≡  The album was produced by Joe Chiccarelli (the White Stripes, the Strokes, the Shins). It reportedly finds Henson further exploring the confessional sound of his debut while also experimenting with new styles. A press release notes, "The new album uses Dear... as its starting point, with many tracks carrying on the stark sound Henson developed on his debut. But there are also some more ambitious band arrangements that close out the album, along with a sly humour that creeps into the lyrics."
≡  Sonic touchstones for his balladic work include Nick Drake and Tim Buckley, while some of the full-band tracks are said to recall Modest Mouse and the Pixies. The balladeer influences rise to the top on the single "Sweetheart, What Have You Done to Us," the video for which you can watch below. Another hushed ballad, "Lying to You," is also streaming below. 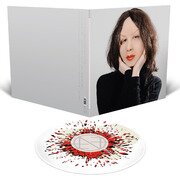