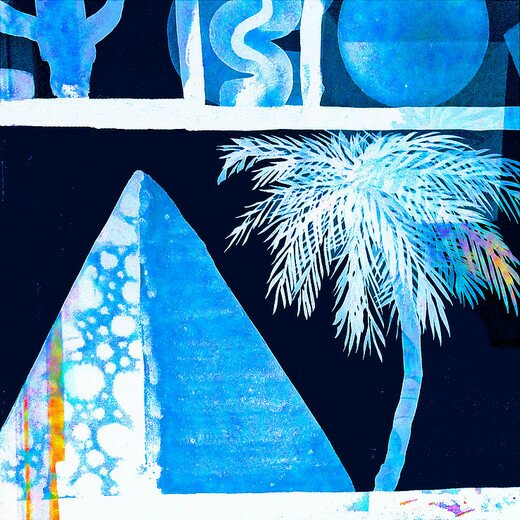 •≡•  San Francisco singer/songwriter and longtime purveyor of melodic, lo–fi indie pop.
Born: 1971 in Michigan
Location: San Francisco, California
Album release: November 6, 2015
Record Label:
Duration:
Tracks:
01 Cut Me, Baby     3:15
02 Jona     3:32
03 Crossed Mind Blues     4:23
04 You’re Not Ice     3:35
05 Star Cluster     3:27
06 Pyramid of Time     3:47
07 Fictional Girl     3:53
08 The Hill     3:44
09 Litter Love     4:16
10 Wobbly     2:54
11 Heart Full of Rain     3:48
12 Destroyers & Drones     3:41
Credits:
≡•  All Concerned Producer
≡•  Allyson Baker Guitar, Guitar (Bass), Vocals (Background)
≡•  Jamin Barton Saxophone
≡•  Tim Cohen Vocals (Background)
≡•  Dave Cooley Mastering
≡•  Kevin Ink Mixing
≡•  Matt Jones Layout
≡•  Garth Steel Klippert Saxophone
≡•  Phil Manley Flute, Guitar, Mixing
≡•  Kelley Stoltz Mixing, Photography, Primary Artist, Sounds
≡•  Paul Wackers Cover Photo
≡•  Harry Waine Artwork
≡•  Willie Weird Guitar, Vocals (Background)
AllMusic Review by Mark Deming;  Score: ****
•≡•  Sixteen years on from his debut, Kelley Stoltz is still one of the titans of psych–infused indie pop, generating new material at a rate that’s inspiring in terms of both quantity and quality. After the relatively straightforward approach of 2013’s Double Exposure, Stoltz’s 2015 follow–up, In Triangle Time, makes room for a bit more of his playful and eccentric side, but these songs reveal that Stoltz’s way with a melody and a hook is as strong as ever, and his production and arrangement conceits add much more to the songs than they take away with their sonic twists and turns. The drifting clouds of vocals on “Star Cluster,” the wavy tremolo guitar on “You’re Not Ice” and “Wobbly,” the vintage electronics on “Jona,” and the multiple Brian Wilson–isms in “Crossed Mind Blues” are splendid examples of Stoltz’s gift for finding the right settings for his songs, and though he’s a splendid tunesmith, on In Triangle Time that’s only half the story. Stoltz plays nearly all of the instruments and handles a similar amount of the vocals on In Triangle Time, and he’s become a more gifted one–man band than he was on The Past Was Faster in 1999; if he’s edging into high fidelity in the 21st century, this material sounds as if cheaper but cleaner technology has caught up with Stoltz and his vision, and these performances are never slick but simply listenable. Stoltz sounds happy, comfortable, and creative on In Triangle Time, and he’s quietly making some of the best music of his career; in a better world, Stoltz wouldn’t be a cult hero but a composer and producer with the audience he deserves, but In Triangle Time reminds us he’s going to put his muse to good use regardless of the size of his following. A superb set of smart and literate pop music that nods to the past, present, and future, In Triangle Time is another great record from a man who knows how it’s done.
•≡•  http://www.allmusic.com/
Website: http://www.kelleystoltz.com/#!
MySpace: https://myspace.com/kelleystoltz
Discography:
≡•  The Past Was Faster (1999)
≡•  Antique Glow (2001)
≡•  Crockodials (Late 2001)
≡•  Australian Tour LP (2003)
≡•  The Sun Comes Through EP (2005, Sub Pop)
≡•  Below The Branches (2006, Sub Pop)
≡•  Circular Sounds (2008, Sub Pop)
≡•  To Dreamers (2010, Sub Pop)
≡•  Two Imaginary Girls 7” (2012, Les Disques Steak)
≡•  Double Exposure (2013, Third Man Records)
≡•  In Triangle Time LP (2015, Castle Face Records)
≡•  4 New Cuts EP (2015, Stroll On Records)
≡•  The Scuzzy Inputs Of Willie Weird LP under the pseudonym “Willie Weird” (2015, Stroll On Records)
About
Ben Blackwell, Nashville, TN
≡•  While Kelley Stoltz’s nigh–religious reverence for all things Beatles, Beach Boys and Kinks has been at the fore on recent albums Below the Branches and Circular Sounds, his new album, To Dreamers, blends a bit more post–punk abandon into its layered everyman pop. Tasteful horn adornments blow against tom–tom beats and 12–string guitars meet reverbed mellotrons, under Stoltz’s warm vocals.
≡•  The album begins with “Rock & Roll with Me,” a big beat electric invitation that fades into the melodic stirrings of “Pinecone,” a gently moving Pacific breeze. Later, the deceptively ethereal pluck of “Ventriloquist” is coupled with heavy lyrics, “Seems like there’s no one at all who’s speaking for me.” The motorik elan of “Keeping the Flame” and the electric whirring of “Little Girl” offer new moods, and it’s clear that To Dreamers has maintained the kaleidoscopic core of sounds heard on Kelley’s previous records, while making inroads into new sonic terrains.
≡•  As on prior albums, Kelley plays most of the instruments heard on To Dreamers himself, though two of the songs here were recorded by Kelley and his band live in the studio. One of these is a cover version of the ’60s nugget “Baby I Got News for You,” by “Big Boy” Pete Miller, who performs on the recording, dusting off the very valve amps and guitar used on the 1965 original, to add vocals and fuzz.
≡•  Kelley, now a veritable godfather to the burgeoning San Francisco under/over–ground (folks like Thee Oh Sees, Sonny & the Sunsets, The Fresh & Onlys), has blazed a path since the late ’90s as a home–recording guru and multi–instrumentalist.
≡•  No slouch on the live front, he was asked to open the Raconteurs first US tour in 2006, toured the USA and Europe with the Dirtbombs in 2008, and through a twist of volcano ash–cloud karma, was the support act to childhood heroes Echo and the Bunnymen, in 2010. His songs have been used for international ad campaigns for Volvo and Marriott Hotels, as well as in television and movies.
≡•  I would wager that the entire reason behind music itself is to dream. From the young kid strumming a tennis racket along with the Ramones, to the box seats at the opera, the goal is the same. What music does and should do is allow us to lose ourselves and be transported, to find the mystical land where milk and honey meets Xanadu. See where you go with this new Kelley Stoltz record — an album of tunes oddly familiar and yet surprising, like a dream itself. ≡•  https://www.subpop.com/
_____________________________________________________________ 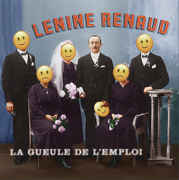