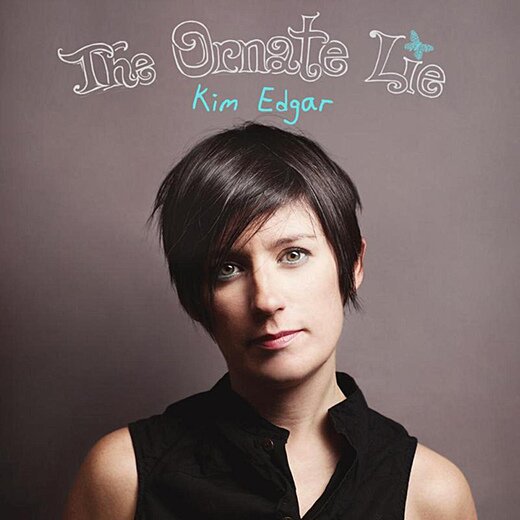 Kim Edgar — The Ornate Lie
Location: Edinburgh, Scotland, UK
Album release: February 7, 2012
Record Label: Quietly Fantastic
Duration:     39:55
Tracks:
01. A Poppy Blossoms
02. Not For Sharing
03. The Ornate Lie
04. Walls
05. Hands Held
06. All The Little Sunbursts
07. The Steamy Note
08. Blood, Ice & Ashes
09. Ready
10. A Favour From The Sea
11. Fragile
12. 8,9,10
Description:
Date: 26 April 2012
Written by: Kyle McCaig (http://www.list.co.uk) Rating: ***
√  The second album from The Burns Unit member Kim Edgar raises the bar from where her acclaimed debut album left off, mixing delicate folk rock melodies with Kim’s uniquely Scottish and poignant lyrics. Edgar’s harmonious piano playing and a voice full of emotion help bring to life heavy issues ranging from child neglect to mortality. Intense and thought provoking whilst being an enjoyable listen, The Ornate Lie is another success in the career of Edgar, surely public acclaim must follow soon.
√  Kim’s collaborative stalwarts make up the core of the studio cast: Steven Polwart handles guitars, Kevin McGuire bass, and Mattie Foulds on drums. Mattie also doubles up on production: clearly a talent, as this sometimes complex music required a fine balance to highlight the sentiment yet retain the musical wallop. The band are joined by a mini-orchestra of voices (Karine Polwart, Inge Thomson and Andy Tucker), brass, and strings – all arranged by Kim.
Website: http://www.kimedgar.com/videos/
MySpace: http://www.myspace.com/kimedgar
Facebook: http://www.facebook.com/KimEdgarMusic
E-mail:
Reservé agent: www.atlanticedgemusic.com
√  Acclaimed Edinburgh songwriter Kim Edgar performs original songs on grand piano and guitar. 'Very moving, literate, allusive and expressively sung' - *****(Scotland On Sunday), 'Slick folk pop' - ****(List).
√  'Vulnerability and elegance' (Spiralearth.co.uk), 'Exceptional!'(BBC Radio Scotland).
--------------------------------------------------------------------
√  Every so often, if you’re lucky and attentive, an artist will come along who is just so right that their work will change the world for you.  Even if it’s just a little bit, it will be significant.
√    For the last few weeks I’ve been lucky enough to be listening to Kim Edgar’s new album The Ornate Lie.
√    I’ve enjoyed Kim’s work for the last several years and been fortunate to watch her perform about a dozen times in different formats; as a solo act, as part of The Burns Unit, as an accompanist and significantly as one of the guiding lights of The BIG Project.  Her generousity of spirit and optimism inhabits her music and you always come away from a show feeling a lot better about yourself and (crucially) everyone else.
√  So; I had the album, listened to it lots, enjoyed it; then one evening my partner and I were sitting after dinner…”I know we love Kim and everything, but I can’t really get into the new record…” she said.
√    “What about The Steamy Note?” I countered.  This song has a conceit that makes me think of the metaphysical poets; a meditation on the permanence of love even in its evanescence…
“Oh yes, that’s great…”
“Or A Favour from the Sea?”  A big bundle of 70s Beach Boys in this one; lovely strings and brass, a vocal haunting in its intimacy.
“Oh of course, that’s brilliant…”
“All the Little Sunbursts?”  Insane happy clappy optimism, a litany of good stuff.  Miles away from my normal outlook, so must be great for me to even tolerate it, much less love it…
“My favourite!”
Anyway, it was finally agreed there were five, maybe six top-drawer tracks on the album and when I say that, I mean the sort of top drawer that many artists are lucky to dip into five or six times in a career.
I could have mentioned “Hands Held,” a simple celebration of the significance of,well, holding hands; or “8, 9, 10,” another in small corpus of Kim’s number-inspired songs.  Or Ready, performed solo at the legendary Castlesound piano.  But then I didn’t really have to.
I’m looking forward to Kim’s album launch show for The Ornate Lie, where she will be accompanied by many of the musicians who contributed to the record.
Fortaken: http://stuart-ferguson.co.uk
--------------------------------------------------------------------
√  Before sharing the collective spotlight with The Burns Unit, Kim Edgar released Butterflies And Broken Glass, one of the best but most overlooked Scottish albums of the century so far. If anything, she outdoes herself with its follow-up. Piano is at the heart of Edgar's writing, and writing is the strength of her music: this is a songwriter and arranger who is accumulating a body of work that, as her label says, is quietly fantastic. The sheer artistry of her work is obvious from the start, as big keyboard chords form dark clouds behind the delicate light of Edgar's vocals on A Poppy Blossoms. Elsewhere, A Favour From The Sea is heart-stopping in its simplicity whereas the title track is huge in its melody and musical scope. Edgar also takes a fresh look at Burns Unit collaboration Blood, Ice & Ashes, calling in the talents of Corrina Hewat and half of Mr McFall's Chamber for a haunting harp and string quartet arrangement – a thing of beauty from our very own Tori Amos.
√  Author: Alan Morrison 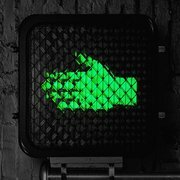