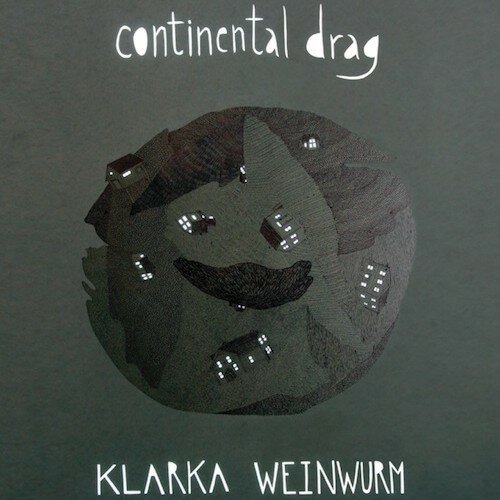 Klarka Weinwurm — Continental Drag
Born: in Brampton, Ont., Weinwurm moved to Victoria, B.C
Location: Lahave, Nova Scotia, Canada
Album release: 2012
Record Label: Saved By Vinyl
Duration:      31:05
Tracks:
01.) Pictures     3:25
02.) Sasquatch     2:48
03.) Houses Shake     2:58
04.) Tell Me Something Brave     3:29
05.) Tractor and Crane     2:09
06.) New and Old     2:51
07.) Caroline     2:29
08.) Evil All Around     3:39
09.) A Love Song     2:36
10.) Coyotes in the Commons     2:53
11.) Continental Drag     0:48
¬ In the cold month of February, 2011, Klarka Weinwurm and some friends began work on her new album at The Old Confidence Lodge in Riverport, NS.
¬ Piecing together eleven songs of a quiet might, the resulting Continental Drag is an accomplished step forward for the young artist. The Toronto transplant, now based out of Lahave, Nova Scotia began her music career with a debut Ep in 2009 creatively titled EP.
¬ Since this release Weinwurm has supported such acts as Jon Mckiel and Shotgun Jimmie, routinely played throughout the Maritimes, done the occasional touring and performed at a number of east coast music festivals.
¬ Her songs show a huge and natural evolution from the quieter tendencies of her past work. Calgary’s Saved By Vinyl is the home for this current full length album which channels more of her discovered “indie–rock” confidence.
¬ The songs are full of driving melodies and creaking choruses. Guitars ring out over the chug of a finely honed rhythm section. All the while, Weinwurm’s unmistakable voice confidently guides the way.
Fortaken: http://www.pigeonrow.com
Facebook: http://www.facebook.com/klarka.weinwurm
Neil McDonald, For NightLife
¬ For Nova Scotia–based singer–songwriter Klarka Weinwurm, releasing her latest album has been a long and winding road.
¬ Though recorded back in February 2011, the 11 songs that comprise her debut full–length, Continental Drag, did not see the light of day until earlier this month, courtesy of Calgary label Saved By Vinyl.
¬ Weinwurm is relieved the album is available at last.
¬ “It’s nice to finally have something out there that represents what I’ve been doing,” she said.
¬ Born in Brampton, Ont., Weinwurm moved to Victoria, B.C., shortly after graduating from high school and soon began performing solo at open mike nights in the city.
¬ After hearing about the vibrant music scene in Halifax, however, she decided to relocate 6,000 kilometres east and soon assembled a three–piece band whose folk–rock sound differs from the stripped–down acoustic songs found on her self–titled 2009 EP.
¬ “I just had this kind of intuitive feeling that that would be a good next step for me,” she said of relocating to the East Coast. “I’m really glad that I followed that because as soon as I arrived I pretty much just met the right people and from there they introduced me to other people, and I think the best way to progress in music is to make connections and make friends and that usually gets you to the best spot.”
¬ One of the people she met was Jon McKiel, a solo artist in his own right and now also the drummer in Weinwurm’s band (bassist Mark Feindel rounds out the lineup). It was McKiel, Weinwurm said, who helped change her musical path.
¬ “He brought the drum element into it and made me see that I could take my songs in a different direction and helped me see what it’s like to play with a band and write songs with that in mind,” she said.
¬ Continental Drag was recorded in Riverport, N.S. at the Old Confidence Lodge, a converted Odd Fellows hall that’s now a studio and performance space run by Diego Medina, who recorded and co–produced the album with Weinwurm and McKiel. Though Weinwurm was the first to record an album there, she said Medina has since recorded prominent East Coast indie artists Matt Mays, Shotgun Jimmie and Old Man Luedecke.
¬ “This guy’s a wizard, and he has amazing gear and an ear for perfection and lots of different microphones, and I feel like the album is really versatile with different sounds. He’s very passionate about it so it was nice to work with him, he’s a friend of mine as well,” said Weinwurm.
¬ Given the lengthy wait to release Continental Drag, Weinwurm is eager to record a batch of new songs she’s written in the interim and is aiming for an EP release in the spring or summer of next year.
¬ “I’m really excited about the new ones I’ve written too, so I want to play them live and I will be playing some of the new ones as well as the ones on the album for this tour. I feel like it would be hard to not share those newer ones as well and I think it’s also good to give a preview of what’s to come and hopefully people can look forward to something else in the future,” she said.
¬ Weinwurm now makes her home in rural Lahave, N.S., about an hour–and–a–half drive from Halifax. Up until she got a car six months ago, however, Weinwurm often got around by hitchhiking, something she’s done ever since first leaving home to move west.
¬ “I’ve hitchhiked quite a bit in Canada, in my disillusioned younger years,” she said, laughing. “I don’t know if I could do much of that any more because I’ve heard too many horror stories.”
¬ “I find it’s safe if you know the people and it’s a small community but, other than that, it’s something that would probably freak me out now.”
¬ The inherent risks notwithstanding, it could be said that hitchhiking literally and figuratively helped get Weinwurm where she is today.
¬ “I’ve always had an itch to travel. As soon as I could get out, I did, to get out of Brampton. I found hitchhiking was the most interesting way to travel for me, just really everything was kind of unexpected and you had to just trust that whoever picked you up, it would be the right timing and it would lead you to the best situations. I’ve only had good experiences with it,” she said.

By Eric Hill
¬ As a transplanted Torontonian, Klarka Weinwurm has acclimatized to the East coast's homemade approach to creativity quite quickly. Starting with multi-instrumental craftsmanship by Jon McKiel, in whose band she's been a key member, Weinwurm's construction has a little of everything. Though she sidesteps the folk–pop approach of other geographically similar female artists, her love of its roots peeks through in songs like "Tractor and Crane" and "Houses Shake," where she's aided by Old Man Luedecke and Ruth Minnikin, respectively. Elsewhere, hints of inspirations as disparate as Sonic Youth, Tiny Vipers and Selina Martin glitter in Weinwurm's winning combination of muscular, bass–driven rock and fragile vocal harmonies. If Continental Drag were a houseguest, it would definitely be an East coast one: friendly and reserved until the wee hours; modest but self–assured; seldom raising its voice; but always saying something unexpected and interesting.  Label: (Saved by Vinyl) Klarka Weinwurm Previews New Disc
¬ Tue, Jan 10, 2012.
¬ An interesting singer/songwriter makes her way to the province this week for a couple of live dates. From Nova Scotia comes Klarka Weinwurm, playing Moncton's Plan B on Thursday the 12th, and the Capital in Fredericton on Saturday the 14th. She's going to be previewing a batch of new songs that will be featured on her upcoming first full–length disc, Continental Drag, to be released in May. It follows her debut EP called, umm, EP.
¬ Used to being a solo performer, she's recently embraced the band sound, featuring the talents of Jon McKiel on drums. Full of personality and versatility, Weinwurm's songs work well in the group setting, with lots of drama added along with the grooves. The melodies come forward, and the band does a great job making the numbers I've heard breathe, and even rock a bit.
¬ While her voice isn't powerful, it's certainly distinct, and the warmth should grab your attention. That's the whole point of a pre-release tour too, and hopefully this will get you warmed up for the full album-to-come. Look Look share both the Moncton and Fredericton gigs, while Olivier Jarda joins in at Plan B, and Long Weekends at The Capitol.
¬ Bob Mersereau; CBC 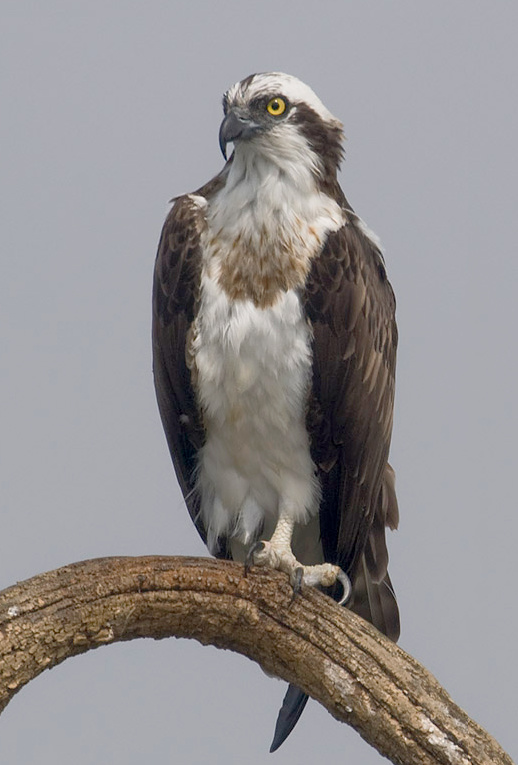 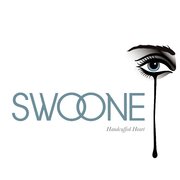