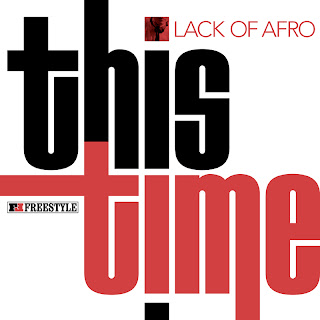 Lack Of Afro (Adam Gibbons) has achieved a startling amount in the few years since his first Freestyle releases. Playing live and DJ-ing across the world, producing and remixing everyone from Tom Jones, The Pharcyde, The New Mastersounds through to Kraak & Smaak! In 2011, as well as collaborating on an album project with Eddie Roberts of The New Mastersounds, having also produced and played on the album, Colours by Freestyle label mate Frootful, Adam somehow found time to create what is, without doubt his strongest album yet: This Time. A wide ranging and eclectic, progressive musical outlook has always been the Lack Of Afro approach, and on this collection the music pulls together several strands into a fantastic, homogenous journey with almost too many highlights to mention! This Time is the Lack Of Afro album we have all been waiting for. Considered, soulful, contemporary yet retro, accomplished certainly and setting standards in modern music others will struggle to follow.

Label: Freestyle Records
Released: September 2011
Multi-instrumentalist and producer Adam Gibbons, aka Lack Of Afro, first broke through in 2007 with his well-received debut, Press On. While his debut saw him giving up the funk to the max with some really heavy beats, his third album, This Time, sees him extending his range taking in a variety of musical influences and adopting a more song-based approach. In addition to blending a number of different styles on this set, he is also joined by a number of guest vocalists, the sum total of which makes for an instantly fresh set of tunes that deserves repeated listens.
After an atmospheric opening interlude, the gloves come right off with Hold My Breath, an infectious tune featuring Jake Morley which has the potential to become a dancefloor hit. From there, it's on to A Time For ..., the lead single, a really soulful tune which is one of two tracks on the album to feature the new vocal talents of Wayne Gidden. With shades of Curtis Mayfield, Smokey Robinson and Darondo, you get the feeling that Gidden has a great future ahead of him if he continues to work on songs of this quality. A Time For ... will undoubtedly become a future soul classic, and this marks the start of a particularly strong sequence of tunes.
From a soulful seventies sound, the next track has a 1964 feel to it, with Angeline Morrison giving a self-assured vocal performance on Fool, a tune that has Dusty Springfield stamped all over it. The balance between the sixties sound and the modern beats and production values is just right, making this another standout track.
We then go on another musical journey for the instrumental Contusions, which mixes the Lack Of Afro heavy beats sound with some African funk grooves and a monster horn section. Wayne Gidden is back singing in a Curtis-like falsetto style on What The Hell, an impressive uptempo soulful funk number that really rocks before coming to an abrupt halt and then leading into the mellow eastern-flavoured instrumental, Little Fugue. This is the followed by the nearest thing to a jazz dance tune on the album, One For Bielski, though it still chugs along with the trade mark loud LOA drums.
If the album stopped here, there'd be more than enough to satisfy most music fans, but there's still more to come, starting out with P.A.R.T.Y., an uptempo funky rap number with Wax & Herbal T on the mic. The beats are big, loud and proud and it's tune you simply can't fail to notice. The Importance Of Elsewhere, however, is much more laid back and sees Angeline Morrison returning to the mic to show off a different side of her vocal talent. With her appearances on this album, together with her work with the Ambassadors of Sorrow and Frootful, you get the feeling it is simply a matter of time before she breaks through to a bigger audience.
The album closes with the retro surf guitar sounds of Lazy Lazarus over a thumping cha-cha-cha beat, which completes a very satisfying musical journey. Without a doubt, This Time is the strongest album from Lack Of Afro to date and you get the feeling that there is even more to come in the future.

"Potential album of the year as far as I am concerned. The ideal mix of fresh ideas, new songs, and reverential production values that draw from the great eras of soul music. Classic sixties and seventies vibes rub up against each other to devastating effect."
Lofty, Amber Sound FM
"Adam did it again! Delicious soul for delicious hipsters!"
FRANCESCO ADINOLFI, Radio 2 Rai
"In an age of singles and downloads, this is a true Long Player. Listen from start to finish and you won't be disappointed!"
dj strangefellow, Eastside Radio
"Bang on the money, as always!"
Matt Grant, The Right Side Of Funky
"Adam Gibbons best work to date. Seriously good on many levels. 'Selected'."
Brian Hurst, SoulandJazz.com
"This is something! But from Lack of Afro what should we expect? Awsome work!"
Joao Gaspar, Magia Negra Radio Show
"Digging the early listen through, especially the soul and recurring '60s mod-cinema vibes throughout."
Paris Pompor, Groovescooter
"I have been waiting for this release, and it certainly has not disappointed, Absolutely delicious listening!"
Aja, Ketch A Vibe
"A very satisfying musical journey. Without a doubt, This Time is the strongest album from Lack Of Afro to date and you get the feeling that there is even more to come in the future."
Sean Smith, Tokyo Jazz Notes
"Cool, enticing and dangerous, Lack Of Afro continues to please my ears and feet.. bloody marvelous!"
Ginger Tony, Solar Radio
"Wow...Big....Seriously Big! This is a great album."
Ian Lythaby, Glastonbury FM
"This album is deffo gonna be a future rare groove!"
Ket Shah, www.back2backfm.net
"A diverse myriad of sounds and rhythms.Soul, Funk..Blaxploitation... eat your heart out!"
AiNA!, ainalovesyou.com
"Lack of Afro did it again. Damn, he is good!"
Soulmate, 45 RPM Radio Show
"Great stuff!"
Part Time Heroes, Ross Wakefield
"Lack of Afro continue to push the boundaries of contemporary soul-funk-fusion. Unsurprisingly one of my albums of the year - this outfit can do no wrong right now!!"
stoplooklistenmusic.com, Ben Cox
"This Time' by Lack Of Afro is effectively him going into your kitchen and making you your favourite sandwich. Delicious!"
Deisler
"Album Of The Week!"
DMC magazine
"Some 'moments de grandeur' in this very nice release by Lack Of Afro"
DJ Kwak, Back To Niceness
"My jaw dropped when I heard succession after succession of HUGE tunes"
Simon Hodge, Demus Productions
"Diversity is not enough in itself if there is not consistent quality as well. Adam manages to do both here. On the album's durability (in this sense the opposite of disposability) the music succeeds in spades.'This Time' has style and substance."
Meme Magazine
"A stylistically diverse set of sounds and one strong song after another, with elements of uptempo 60s soul, 70s cinematic funk, Afrobeat, jazz funk and funky hip hop, an eclectic stew that's tasty as can be!"
Dusty Groove USA
"Top notch, the man clearly has the talent to back up the barnet! Impressive collage of great songs, LOA is top of the game at the mo and has moved the already lofty bar even higher. Deserves to sell buckets!"
Tom Mauger, www.boogiedown.org
"Adams' sound if fresh as well as highly individual and marks a real transitional period for Lack Of Afro. Full of personality and blissfully listenable."
Soulm8magazine
"Lack Of Afro come up trumps here and deserve the plaudits that continue to pour in. Essential listening!"
Blues And Soul
"YESSS!!! Tis a beautiful thing indeed!"
Ginger Tony, Soul Survivor
"What we have here, ladies and gentlemen, is some multifaceted soul music!"
Pierre-Jean Lavigne, CISM89.3 fm

There’s a certain deadpan humour about multi-instrumentalist/producer/DJ Adam Gibbons’ stage name: as a fairly nerdy looking white guy, there was never going to be an afro involved in his vintage funk stylings.
It’s a great shame, though, that so little of this self-depreciating wit got through to the tunes, as his weapons of choice are soul and funk from the 1960s and 70s, with a dash of old-school hip hop here and there. So much of that music was about messing about and showing off, meaning a musical sense of humour was usually as fundamental as a bassline; but here, the music is seldom relaxed enough to drop its guard and too many tracks come across as remarkable reproductions of a sound.
Gibbons’ musical abilities have never been in doubt, but his work here comes across as a little flat, as if concentrating so much on what he was doing made him miss the point of why he was doing it. This leaves what are smart compositions, like Holding My Breath, The Importance of Elsewhere and A Time For…, having to be defined by their vocals. And, in said cases, these aren’t very good.
Not that this is a bad album, at all – when it fires on all cylinders at the same time it’s very near to great. Fool, One for Belski and Contusions occupy that interesting juncture, from the late-60s, where it was a very short step from soul to lounge, and a degree of cheesy playfulness was always going to figure. Respectively, the smoky and seductive Angelique Morrison croons above chirping strings; next, a hard driving rhythm takes the pressure off the Hammond and flute allowing them to have some fun; and Contusions’ big drums and honking brass has that almost pointless self-celebration that underpinned some of the best funk. P.A.R.T.Y. is bonkers hip hop, defined by rappers Wax & Herbal T’s exuberant vocals, but in such a good way the whole thing swings gloriously.
It’s never easy approaching a style from the outside, as what contributed to making it special won’t necessarily be obvious – ie the vibe of the time – but Gibbons gets closer than most. Maybe next time out he won’t worry about getting it so technically correct.

With a famous Boomer 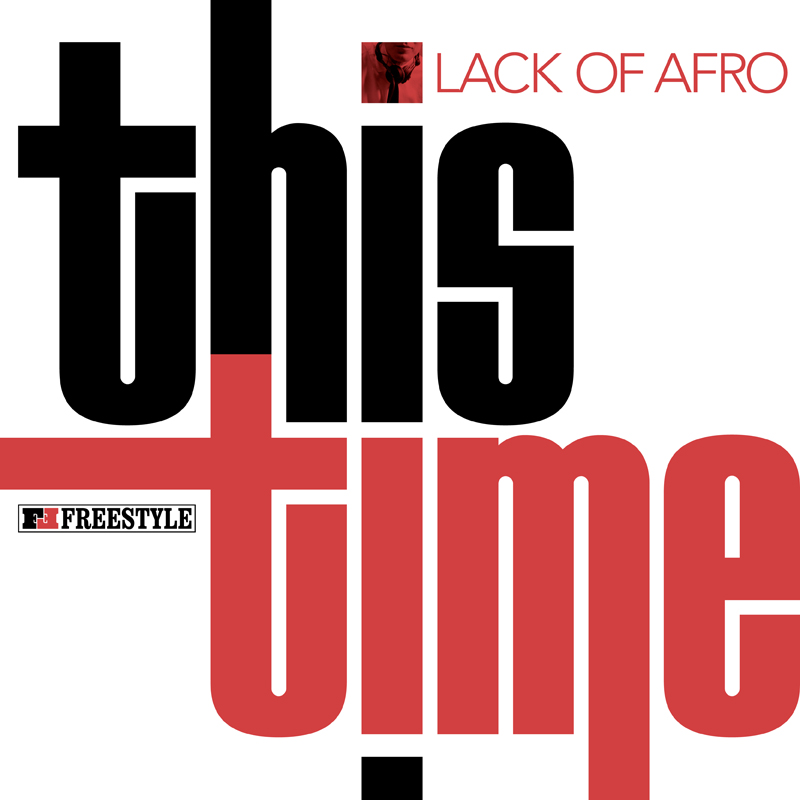