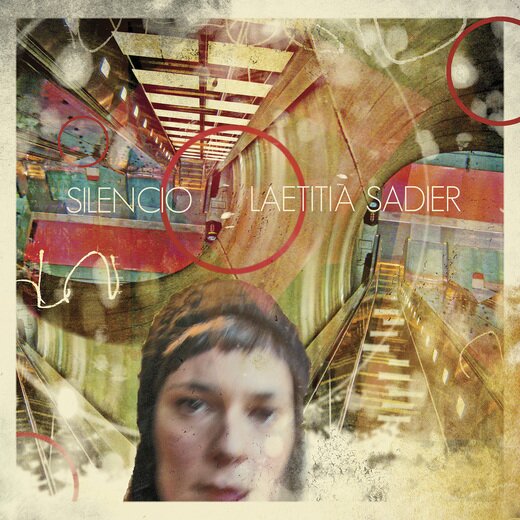 Laetitia Sadier Δ∞Δ Silencio
Born: May 6, 1968
Location: Vincennes, France ~ London, UK
Member Of: Stereolab, Monade
Album release: July 24, 2012
Record Label: Drag City (Catalog #DC526)
Duration:     47:37
Tracklist:
01. The Rule of the Game     5:01
02. Find Me the Pulse of the Universe     2:53
03. Silent Spot     3:00
04. Auscultation to the Nation     4:47
05. There is a Price to Pay for Freedom (and it isn't Security)     4:22
06. Moi Sans Zach     3:49
07. Between Earth and Heaven     4:08
08. Lightning Thunderbolt     3:16
09. Fragment pour le Future de L'homme     4:41
10. Merci de M'avoir Donné la Vie     4:34
11. Next Time You See Me     2:43
12. Invitation au Silence     4:30
About this record:
♠ It's 2012 — do you know where your government is tonight? Occupy yourselves — and let's get busy with the music in our minds.
Drag City: http://www.dragcity.com/products/silencio
MySpace: http://www.myspace.com/laetitiasadier#!
Facebook: http://www.facebook.com/laetitia.sadier.5
Description:
♠ It's been two years since Stereolab member Laetitia Sadier released her debut solo album The Trip. The record allowed Sadier to come into her own outside of her well-known band, a career trajectory that she'll continue with her sophomore effort this summer.
♠ The album is called Silencio, and a press release describes it as "an album exploring the individual connection to a deeper self, placed in a broader environment, in a similarly fresh kind of way."
♠ In addition to Sadier's own distinct sound, the record features guest appearances from fellow Stereolab vet Tim Gane, alongside James Elkington and Sam Prekop.
Personal life:
♠ While she spent most of her formative years in France, Sadier's family travelled extensively and she lived briefly in the US as a child.
After many years together, Sadier and Tim Gane split up in 2004, but they continued to work together in Stereolab until the band's hiatus in 2009. They have a child, Alex, born in 1998.
Interview with Danny Roca :: 05/14/2008 | : http://www.cokemachineglow.com/feature/3417/interview-laetitia-sadier
Interview in french: Laetitia Sadier, une interview qui a du mordant | 26fév 2008: http://www.arbobo.fr/laetitia-sadier-une-interview-qui-a-du-mordant/
Biography by Heather Phares:
♠ Best known as the lead vocalist for Stereolab, Laetitia Sadier was born in France and was working as a nanny in the late ‘80s when she met McCarthy member Tim Gane at one of the band’s gigs in Paris. She followed Gane to London and the duo formed Stereolab soon after McCarthy disbanded in 1990. The pair was inspired by lounge-pop, bossa nova, film music, and Krautrock, but Sadier's hypnotic vocals and leftist lyrics made the band’s sound even more distinctive. Stereolab earned critical acclaim for albums such as 1993’s Transient Random Noise Bursts with Announcements, 1995’s Mars Audiac Quintet, and 1996’s Emperor Tomato Ketchup; around that time, Sadier began working on her own project Monade, recording with Pram's Rosie Cuckston. In 1998, she gave birth to her and Gane's son Alex, and the following year she returned with Stereolab for the group’s Cobra and Phases Group Play Voltage in the Milky Night and 2001’s Sound-Dust. Monade's first album, Socialisme ou Barbarie: The Bedroom Recordings, appeared in 2003. Despite Stereolab member Mary Hansen's death in 2002, the band continued, releasing Margerine Eclipse in 2004; the next year, Sadier was busy with the full–band Monade album A Few Steps More and Fab Four Suture, a compilation of limited–edition Stereolab EPs. Likewise, 2008 saw the release of the third Monade album, Monstre Cosmic, and Stereolab’s most accessible album in some time, Chemical Chords. Stereolab went on hiatus in 2009 and Sadier began work on her first solo album, working with the Spinanes’ Rebecca Gates, April March, Richard Swift, and former Monade players Julien Casc and Emmanuel Mario. The Trip was released in 2010, the same year that another Stereolab collection, Not Music, arrived. Sadier’s immediately recognizable voice also appeared on many other collaborations over the years, including songs with Blur, Luna, the High Llamas, and Mouse on Mars. 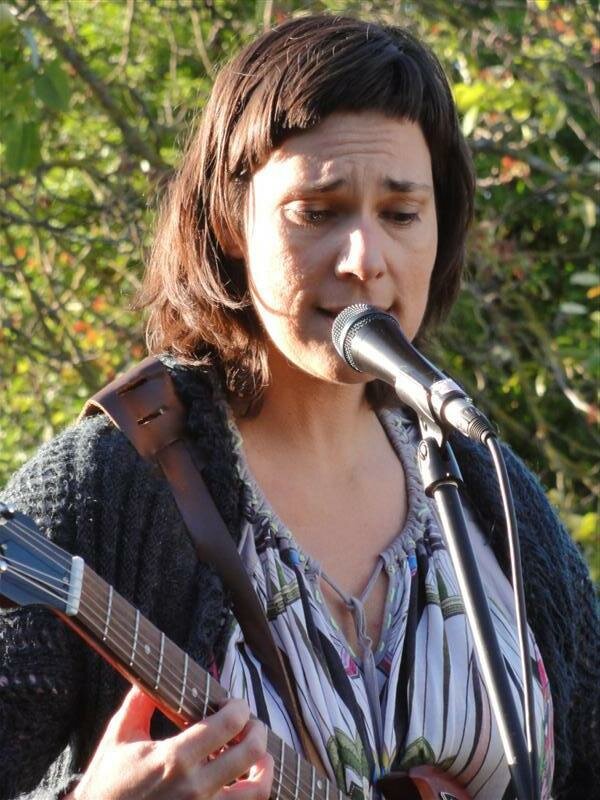 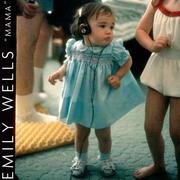