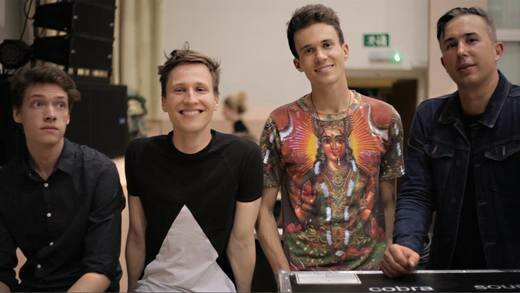 Location: Třinec, CZE ~ Upper Holloway, North London, UK and Prague, CZE
Nominated: BAND, EXTRAORDINARY SHOW (support for Republic of Two), SINGER~SONGWRITER
Personnel:
♠   Albert Černý leader, Grand Piano, Keyboards, Guitars
♠   Patrick Karpentski on guitar,
♠   Jeroným Šubrt on bass and
♠   Pavel Pilch on drums.
Reason:
♠   Na této kapele si moc vážím jejich ryzosti v dokonalé touze po splňování snů. Daří se jim to proto, že zapomínají na věci za sebou a soustřeďují se na věci před sebou. Usilují o cíl. Nerozptylují se patosem, běží neochvějně a dokážou cit přenést do publika. Je však dobré přijít na jejich koncert. Tento záznam je supportem pro křest třetího alba Republic of Two na Střeleckém ostrově ve čtvrtek, 28. července 2016. Kapela při této slavnostní události roku mimořádně hraje v polovičním složení: Albert Černý a Jeroným Šubrt. Link: https://www.mixcloud.com/ben-tais-amundssen/lake-malawi-upper-holloway-prague/
BIO
♠   Lake Malawi were formed in September 2013 by Albert Cerny after his previous band Charlie Straight split up. When Lake Malawi front man Albert Cerny first heard the song Calgary by Bon Iver he knew what the name of his band had to be. It had to be a lake.
♠   Lake Malawi are an indie–pop band dividing time between North London and Prague further consisting of Patrick Karpentski on guitar, Jeronym Subrt on bass and Pavel Pilch on drums. Lake Malawi recorded Always June at Dean Street Studios with WTNSS (Alt–J, Passenger) in October 2013, did a live session for BBC London in November and opened for Thirty Seconds to Mars (hand–picked by their management) the following year. Citing Phoenix, The Police, Coldplay, Crowded House and Bombay Bicycle Club as influences, Lake Malawi released their debut EP entitled “We are Making Love Again” recorded with Matt Lawrence (Foals, Vaccines, Amy Winehouse) and mixed by Mo Hausler (Bat for Lashes, Everything Everything, Dog Is Dead) — produced by the band with Filip Gemroth. In May 2015, Lake Malawi played a string of ten UK shows including The Great Escape Festival 2015 finishing off with a headline gig at The Finsbury. The single Chinese Trees won the music chart on Amazing Radio and the latest single Young Blood was featured in Tom Robinson´s show BBC Introducing Mixtape on BBC 6 Music. Gary Crowley recently played “We Are Making Love Again” on BBC London.
2nd BIO:
This is the story of Albert Cerny — of how Coldplay and Bon Iver shaped the most important decisions of his life. When he was fifteen, playing Tony Hawk Pro Skater 2 with his cousin, a song came on that would change Albert's life forever. The moment he heard The Scientist by Coldplay, he knew exactly what he wanted to do. He wanted to stand on the Pyramid Stage at Glastonbury and sing.   Within 24 hours of his first bedroom demos going online, he received a phone call from the manager of “Czech Bandcamp”, Bandzone.cz. Albert said “I couldn’t believe it — I was fifteen years old, walking home from school and one of the most influential people in the Czech music industry was asking whether he could produce my debut album”. That album, recorded with his newly formed band Charlie Straight, would go on to win three Anděl awards, the Czech equivalent of the Grammies. New York for a music video, London for a string of live shows, a support slot for the Red Hot Chili Peppers and a single recorded with Oscar–winning singer Markéta Irglová in Iceland, the teenagers were going from strength to strength at home and abroad — selling out bigger venues and grabbing more awards. Audiences at The Great Escape festival loved them and The Guardian suggested they’d go down a storm at Glastonbury. Albert realised he was living his dream... and being obsessed with keeping Moleskine diaries and tagging everything, he took the green suitcase that traveled with him and scribbled HOLIDAYS FOREVER across it. In his heart, though, he knew that something was missing. There was a time when he would drive his old Opel Omega around Trinec aimlessly. He would pull the car up in an empty field in the middle of an August downpour and collapse on the soaked grass crying while Calgary by Bon Iver was blasting from the speakers. “So it’s storming on the lake,” sang Justin Vernon, his newly discovered favourite artist. With his eyes closed he could see a lake where all is clear and full of love. A Bon Iver song saved him at a moment of personal crisis but marked a new direction for Albert that would mean the end of Charlie Straight. Just as The Scientist made him want to start a band. Calgary made him quit it and set out on a journey closer to his heart and soul. At the end of 2013, he decided to call his new musical outfit Lake Malawi breathing new life into his everlasting Pyramid Stage dreams. The new band currently consisting of Patrick Karpentski, Jeronym Subrt opened for Thirty Seconds to Mars the following year and released their debut EP after performing at The Great Escape 2015. Gaining support from his parents, his loyal fans and the likes of Tom Robinson on BBC 6 and Gary Crowly on BBC London and Amazing Radio, Albert found his feet again. He still drives the same Opel Omega and travels with his green Holidays Forever suitcase dividing time between North London and Prague. With a wave drawn on his right hand at each gig, he’s still a fan of Coldplay. But something changed. Deep inside when he’s on stage singing his songs, Albert feels as Jim Carrey does at the end of his favourite film Eternal Sunshine of the Spotless Mind.
Bandzone: http://bandzone.cz/lakemalawimusic
Notes:
♠   Upper Holloway is a district in the London Borough of Islington, London, centred on the A1 Holloway Road.
Twitter: https://twitter.com/lakemlw
Website: http://www.lakemalawimusic.com/
Facebook: https://www.facebook.com/lakemalawimusic?fref=ts
★,´,´★,´,´★,´,´★,´,´★,´,´★,´,´★,´,´★,´,´★,´,´★,´,´★,´,´★,´,´★,´,´★,´,´★,´,´ 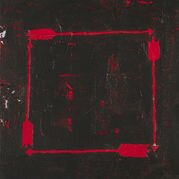