•Ξ•
Location: Essex, England
Style: Electronic
Album release: 13th October 2017
Record Label: Brainfeeder
Duration:     23:21
Tracks:
1 Complectual     3:45
2 Holding On     4:12
3 Shape Sharper     3:52
4 Alpha~Plus      4:25
5 Smoke Streams     7:07
℗ 2017 Brainfeeder
Description:
•Ξ•   Following the release of his third album “Ruinism” in June 2017 (accompanied by startling visuals courtesy of Marielle Tepper and Hirad Sab) Lapalux returns with brand new music in the shape of “The End Of Industry” EP on Flying Lotus’s Brainfeeder imprint.
•Ξ•      “The premise of this EP was to make something that resembled the current automated world we’re now living in,” he explains. “Computerised machines are now taking over a vast majority of industrial tasks and this EP is a window into that transitioning world.”
•Ξ•      The EP’s sonic palette comes from, in part, self~modulating and self~generative modular patches and from played in, recorded motifs and instrumentation as well as heavy editing. “Having this human touch and adding a human aesthetic shows that human interaction is still necessary in the process of creation and manipulation,” Lapalux explains. “This EP is my take on the idea of the Human vs the Machine.”
About Lapalux
•Ξ•      Stuart Howard is an Essex~based bedroom producer who creates abstract electronic music as Lapalux, short for “Lap of Luxury.” His work blends shifting, amorphous textures with stuttering, complex beats, and it’s influenced by IDM and ambient as well as left~field hip~hop and contemporary R&B. Howard started his career releasing short cassettes, with 2008’s Forest followed by Many Faces Out of Focus in 2011. The latter was an expressive ambient release that caught the ear of Flying Lotus at Brainfeeder Records, who signed Lapalux to his label for two EPs in 2012, Some Other Time and When You’re Gone. The full~length Nostalchic followed in 2013, with a few non-album tracks appearing afterwards. Second proper album Lustmore, for which he collaborated with vocalists Andreya Triana and Szjerdene, was released in 2015. A darker, more experimental album titled Ruinism followed in 2017. ~ Jason Lymangrover   Label: https://ninjatune.net/
•Ξ••Ξ••Ξ••Ξ••Ξ••Ξ••Ξ••Ξ••Ξ••Ξ••Ξ••Ξ••Ξ••Ξ••Ξ••Ξ••Ξ••Ξ••Ξ••Ξ•• 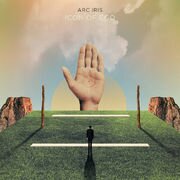