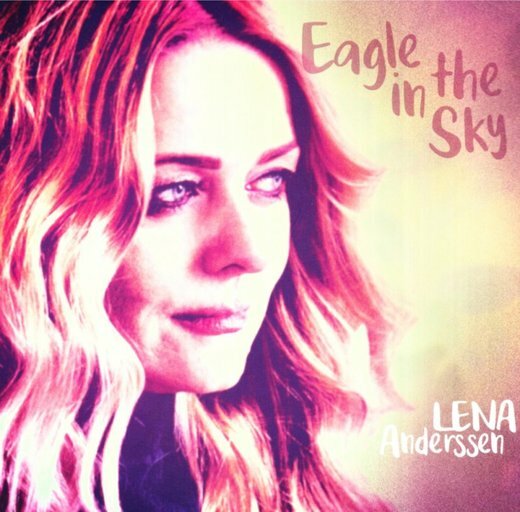 Review
BY WILLIAM MICHAEL SMITH
°♥°   http://www.houstonpress.com/music/lonesome-onry-and-mean-meet-lena-anderssen-6501850
Bio:
°♥°   Lovely and troubled at the same time you can say that Lena Anderssen is a mysterious hybrid of north meets west. With roots on both sides of the world, and a suitcase full of journeys and stories, this Faroese–Canadian songbird has gone from singing to pass the time as she worked in a coffee shop in the Faroe Islands to recording at London’s Abbey Road studio and playing for Scandinavian Royalty. “With vocals that dance between sweet highs and sultry lows over tender, wistful pop melodies, it’s not hard to see why.” — Paste Magazine (US).
°♥°   As a live performer Lena is known for her intense and intimate delivery of personal poetry and catchy pop songs that leave you with no doubt that this singer songwriter is the real deal. Having toured as support for acts like Roxy Music (UK), Beth Hart (US) and Xavier Rudd (AUS), Lena Anderssen is gaining new ground outside of the Faroe Islands too. In a glowing review of her 2008 release in Europe of Let Your Scars Dance — voted as “Album Of The Year” on two occasions on the Faroe Islands — Belgian Magazine Rootstime compares Lena Anderssen to contemporary artists like Tift Merritt and KT Tunstall while music critic Jan Janssen at Real Roots Cafe has compared Lena to vintage artists like Joni Mitchell and Patti Smith.
°♥°   In North America, William Michael Smith of the Houston Press is putting it this way: “If you’re one of those cynics who doesn’t take a man’s word for something, give a listen to the six tracks on her MySpace site and tell me you’re too cool or too punk or too country or too post–pop–post–industrialist–deconstructionist–garage–rock–indie to embrace this.”
°♥°   Many seem to agree. Amongst those is the largest independent music awards Just Plain Folks, who in 2009 chose Lena as “Female Vocalist Of The Year”. Lena has recently also had songs featured in TV series like Felicity, Scrubs, Nikita and Miami Social. And with her brand new release “Letters From The Faroes” — released on the Faroes in November 2011 and Lena once again being honored to have “Album Of The Year” in her native Faroe Islands — the Canadian–Faroese songstress goes straight for the heart with a personal album — a postcard voyage filled with stories of longing, regrets, paranoia, dreams, heartache and hope.
°♥°   For Lena it’s always been about communicating her story in a simple and unpretentious way with no regard to what’s hip this week.
°♥°   “I love the fact that I make pop music built on classic foundations at the same time as I’m as indie as you can get. I’m really not interested in joining anyone’s ride just to get recognition. This is my trip, I’m the captain and if you want to come along I’ll say — welcome onboard.” (January 2012) / more at: http://www.lenamusic.com/page/biography
Website: http://www.lenamusic.com/
MySpace: https://myspace.com/lenamusicroom
Twitter: https://twitter.com/lenaanderssen
Facebook: https://www.facebook.com/lenaanderssenmusic