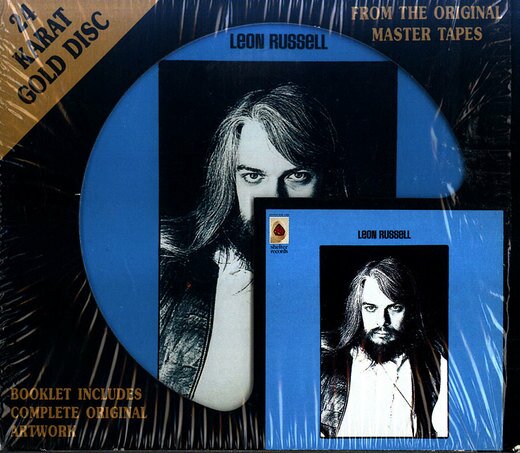 Leon Russell — Leon Russell (23 March, 1970)
♦♦  A busy session man, hit songwriter, and charmingly gravel~voiced singer whose solo work helped keep piano~ and horn~driven pop active in the ‘70s.
♦♦  Leon Russell, Renowned Songwriter and Musician, Dead at 74
“We thank everyone for their thoughts and prayers during this very, very difficult time,” Russell’s wife Jan Bridges wrote in a statement. “My husband passed in his sleep in our Nashville home. He was recovering from heart surgery in July and looked forward to getting back on the road in January. We appreciate everyone’s love and support.”

→   At the age of 17, Russell moved from Tulsa to Los Angeles, quickly climbing the nightclub ranks to emerge as one of the city’s most in~demand session musicians. During this period, Russell worked with artists like the Byrds, Herb Albert and Phil Spector; as a member of Spector’s “Wrecking Crew,” Russell played keyboards on tracks like the Ronettes' “Be My Baby” and Ike & Tina Turner’s “River Deep — Mountain High.”
→   In addition to his session work, Russell — nicknamed “The Master of Space and Time” — began recording his own music, beginning with 1968’s Look Inside the Asylum Choir, his collaboration with fellow session musician Marc Benno.
→   Two years later, Russell released his first solo LP, Leon Russell, which featured “A Song for You.” Artists like Andy Williams, Donny Hathaway, the Carpenters, the Temptations and, notably, Willie Nelson and Ray Charles covered the track, with Charles’ rendition winning the 1993 Grammy for Best Male R&B Vocal Performance. In 2005, “A Song for You” duet between Herbie Hancock and Christina Aguilera also landed a Grammy nomination.
AllMusic Review by Stephen Thomas Erlewine;  Score: ****½
•→     Leon Russell never quite hit all the right notes the way he did on his eponymous debut. He never again seemed as convincing in his grasp of Americana music and themes, never again seemed as individual, and never again did his limited, slurred bluesy voice seem as ingratiating. He never again topped his triptych of “A Song for You,” “Hummingbird,” and “Delta Lady,” nor did his albums contain such fine tracks as “Dixie Lullaby.” Throughout it all, what comes across is Russell’s idiosyncratic vision, not only in his approach but in his very construction — none of the songs quite play out as expected, turning country, blues, and rock inside out, not only musically but lyrically. Yes, his voice is a bit of an acquired taste, but it’s only appropriate for a songwriter with enough chutzpah to write songs of his own called “I Put a Spell on You” and “Give Peace a Chance.” And if there ever was a place to acquire a taste for Russell, it’s here.
Website: http://www.leonrussellrecords.com/
MySpace: https://myspace.com/leonrussellmusic
Biography: http://www.biography.com/people/leon-russell