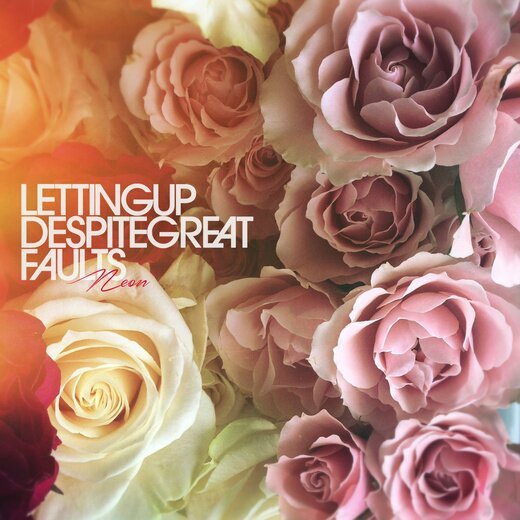 By Dan Harr, Posted on June 10, 2014
Δ   Since forming in Los Angeles, Letting Up Despite Great Faults have been steadily refining their signature brand of electro indiepop, winning over critics and fans alike with a string of noteworthy releases and highly acclaimed singles. The four-piece, now based in Austin, is fronted by Mike Lee, whose hushed vocals recall intimate accounts of love, loss, relationships and youth.
Δ   Never a band to favor sentiment over melody, Letting Up’s beat-driven, hook-infused songs alternate seamlessly between pounding indie rock anthems and evocative, shoegazey soundscapes. Their new album, Neon, features the band at full form, taking listeners on a sonic joyride full of overdriven guitars, lush synths, and danceable dreampop.
Δ   Speaking on the two year lapse between 2012′s Untogether and Letting Up’s forthcoming LP Neon, Lee explained:  ”I think Untogether had a real purpose for me, and was such a reflection of a disparate time in my life that once I moved to Austin (from LA, right before the release of Untogether). It felt like such a nice, fresh start that I wanted to kind of replace that image/feeling Untogether had with something brighter and hopeful as fast as I could.” (http://www.musicnewsnashville.com/)
Website: http://lettingup.com/store.php
Website/Store: http://lettingup.com/store.php
MySpace: https://myspace.com/lettingup
Twitter: https://twitter.com/lettingup
Facebook: https://www.facebook.com/lettingup
Press:
Annah Fisette: https://www.facebook.com/annah.fisette
Twitter: https://twitter.com/annahfisette

Artist Biography by Marisa Brown
Δ   Movement The brainchild of Los Angeles musician Michael Lee, who grew up taking piano lessons and listening to bands like Orbital and the Chemical Brothers, Letting Up Despite Great Faults formed in 2004. After recording a handful of demo tracks, the band released the seven-song EP, Movement, on L.A.'s New Words Records in 2006, earning them accolades in the blogosphere and a song ("Disasters Are Okay") on the television program One Tree Hill. In late 2009, Letting Up Despite Great Faults released their self-titled full-length on New Words, an album Lee recorded in his own home on Ableton Live, a program he had only recently learned. (Though most of the instruments were recorded by Lee himself, for both releases, he utilized the talents of bassist Kent Zambrana and guitarist Patrick Staples, as well as vocalists Lorealle Bishop, Rachel Koukal, and Amy Izushima on the LP). The album, a mix between Postal Service, Lali Puna, and +/-, and mastered by veteran engineer Jeff Lipton of Magnetic Fields' fame, received more attention in the online music world, and Letting Up Despite Great Faults — which as a live band consisted of Lee, Zambrana, Koukal, and guitarist Chris Gregory — continued to play shows around their native California. The EP Paper Crush appeared in 2011. In 2012, Letting Up Despite Great Faults released its sophomore full-length album Untogether on Rallye. (http://www.allmusic.com/) 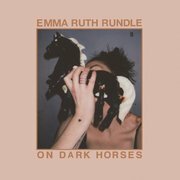