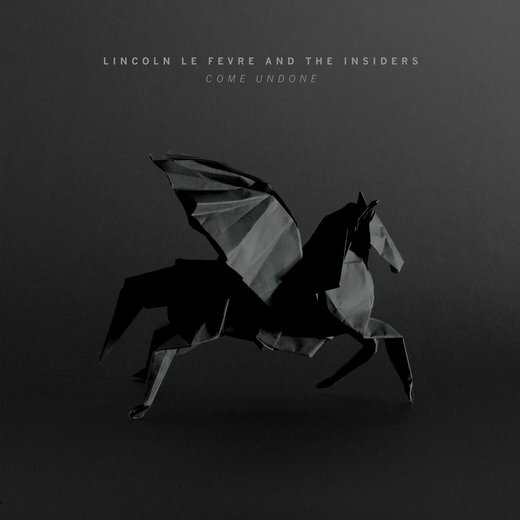 Lincoln Le Fevre And The Insiders — Come Undone
★↔★   Artwork by Liam White. Limited edition Silver coloured vinyl version!
★↔★   In the depths of a South Hobart winter some ten years ago, Lincoln le Fevre & the Insiders started writing songs that would soon become 2008’s debut album 30~Watt Heart. The band quickly cultivated a local and national following with le Fevre’s unique kind of bullshit~free punk~country storytelling, equally capable of airpunching singalongs and crowd~silencing emotion.
★↔★   If 2012’s album Resonation was a masterful exercise in emo~country, dwelling on life in a small~time town, then this year’s upcoming release Come Undone is a supercharged record on what’s left on leaving. This July, The Insiders are set to introduce a bunch of these new tracks recorded in late 2016 with producer Mike Deslandes (The Nation Blue, Hoodlum Shouts) at the controls.
★↔★   Lincoln le Fevre has toured extensively both with the band, and as a solo artist, most recently playing punk~rock mega festival The Fest in Florida, USA, and coming home to his signature ‘couch residency’ to capacity audiences.
★↔★   “[le Fevre] is anything but still onstage as he croons and hollers over love lost, friends ditched, and beers spilled through the ages of bars and pubs. With a voice somewhat contrarily as smooth as whiskey, it’s easy to see why most have put down their drinks to soak up the sounds by the time he’s finished.” — themusic.com.au
★↔★   “Le Fevre is powerful vocalist, but what really makes him stand out is what he has to say. His tales and observations are bravely worded and ring as genuine and personal.” — Rhythms Magazine
Location: Hobart, Tasmania, Australia
Album release: July 21st, 2017
Recorded: at Dandy Sounds Studios with engineer/producer Dan Duzsynski.
Genre: Indie Guitar Rock
Record Label: Poison City
Duration:     38:43
Tracks:
01. Ugly Enough     3:30
02. Undone     3:25
03. Summerhat     3:28
04. The Get Go     4:43
05. Newcastle     4:00
06. Useless Shit     3:46
07. Constellations     4:23
08. Gaslight City     3:20
09. Alone at the Back     3:08
10. Stay Close     5:00
Review
by Jonny Nail | Jul 20, 2017 1:32:PM |
★↔★   Come Undone, the forthcoming third LP from Hobart’s Lincoln le Fevre & the Insiders, serves as somewhat of a suped~up version of the band’s 2012 alt~alt~country album, Resonation. Flirts with the edges of emo and folk~rock remain, but here le Fevre’s plainspoken approach partners with an equally straight~shot arsenal of punk throttles and pub~rock fist pumps.
★↔★   It’s a fidelity boost that better compliments the band’s balance between refection and revelry, which — much like those of their adopted hometown, Melbourne’s Smith Street Band and Ceres — extends beyond simple shifts from loud to quiet and back again.
★↔★   Opener “Ugly Enough” is thrown from the undirected, diary confessional course by disruptive attempts of grandiose, while on “The Get Go”, the inevitable eruption is, while more telegraphed, teasingly led from tense, metronomic thud towards a collapsing conclusion, via vividly sharp imagery (“you wrote your name in condensation”) and striking analysis (“was it recklessness or reason?“). Similarly, “Gaslight City” builds from croon to confident clarity, parelled with a near~celebratory composition, serving as the perfect lead in for “Alone at the Back”, a right~from~the~gate burst where vocals are backseated for riff~propelled momentum. A rare instance, however, as for the most part, le Fevre’s lines — split between self~criticism and recalled scenes — are the centrepiece throughout Come Undone. At best when forced into a more conversational flow by the pop~punk~skewed palette, as with album standout, “Useless Shit”, where chant~a~long inclusiveness surrounds his strikingly blunt delivery.
★↔★   “I knew that I couldn’t write an album like Resonation again even if I’d wanted to. I get bored easily,” says le Fevre, explaining that the sonic shift — and often restless, deconstructed nature of the LP — also stems from his own life experiences. “The album is about a lot of things, but I think it captures the process of falling apart and putting the pieces back together in a new city.”
Lincoln le Fevre & the Insiders ‘Come Undone’ Tour:
•¦•  Friday August 4th: Crowbar, Brisbane
•¦•  Friday, August 18th: The Gasometer, Melbourne
•¦•  Friday, August 25th: Republic Bar, Hobart
•¦•  Saturday, August 26th: Royal Oak, Launcheston
•¦•  Friday, September 8th: Transit Bar, Canberra
•¦•  Saturday, September 9th: Lass O’Gowrie, Newcastle
★↔★   http://rollingstoneaus.com/
Facebook: https://www.facebook.com/Lincolnlefevre
Label store: https://poisoncityestore.com/
Road interview: https://www.triplejunearthed.com/artist/lincoln-le-fevre-insiders
Bandcamp: https://lincolnlefevre.bandcamp.com/
Twitter: https://twitter.com/linclefevre
Website: http://www.lincolnlefevre.com/ 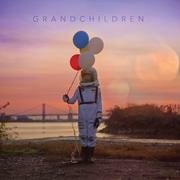