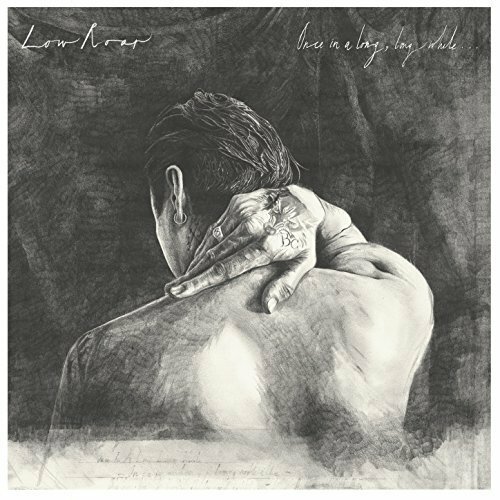 Location: Oakland ~ raised and Warsaw, Poland ~ Reykjavik, Iceland
Album release: April 14, 2017 (USA), April 19 (Japan), May 5th (Europe)
Record Label: Nevado Music
Duration:     49:25
Tracks:
01. Don’e Be So Serious     6:13
02. Bones     2:50
03. St. Eriksplan     3:41
04. Give Me An Answer     3:44
05. Waiting (10 Years)     4:05
06. Without You     3:54
07. Gosia     4:13
08. Once In A Long, Long While...     5:17
09. Crawl Back     4:09
10. Poznan     2:03
11. Miserably     3:55
12. 13     5:25
♦   Jófríður Ákadóttir   voice
Review
BY EMELIA FOURNIER   ON APRIL 6, 2017;  Score: 5/5
••›  Low Roar — a solo project of Icelandic songwriter/guitarist Ryan Karazija — will be releasing a new album, Once In A Long Long While…, on April 14. Karazija will bring his set to Winnipeg’s Park Theatre on April 15.
••›  Horns accompany a cascade of vocals and strings on the track “St. Eriksplan.” “Give Me An Answer” is a more rhythmic track, which picks up the pace, and is a standout on the album.
••›  “Without You” is an atmospheric, lyrically~striking track. Karazija gives the image “I’m trying to keep these bones inside my skin / But my body’s in the hole my shadow digs” to illustrate the struggle to keep himself present while feeling the absence of a loved one.
••›  The album flows between dreamy and floating and more solidly rhythmic tracks. At times it’s reminiscent of Andrew Bird’s style of vocals atop creatively assembled instrumentals, but with rawer lyrics.
••›  The title track of the album is a more experimental track, with the use of synths and distorted strings and vocals creating a warm texture of sound, talking about the moments of serenity felt “once in a long, long while.”
••›  “Crawl Back” and “13” are atmospheric instrumental tracks that offer calming interludes, helping to tie the tracks together, while welcoming back Karazija’s voice in later tracks.
••›  Once in a Long, Long While… is a soothing, honest, creative album. Unlike many albums of its ilk, Once in a Long, Long While… stands out through its distinctive melodic and instrumental arrangements, and through Karazija’s frank lyricism conveys emotionality without resting on tired clichés or overly complex and vague metaphors.
••›  http://www.themanitoban.com/

Review
by Mike Usinger on April 12th, 2017 at 5:20 PM
••›  At peace with the past as Ryan Karazija sounds on Low Roar’s new album Once in a Long, Long While, there are moments that suggest the last couple of years were challenging ones.
••›  The Oakland~raised and Warsaw, Poland~based musician doesn’t attempt to deny this when he’s reached at a tour stop in Mexico.
••›  “I like to keep my songs a bit of a secret, but for some reason I feel like talking about them today,” Karazija says, speaking on his cell. “You’re my therapist now. The album that I wrote begins right after my divorce. One of the songs is for my ex~wife — I’d never written a song for her, and one came out about two weeks after I moved out. That was ‘Without You’. There’s also two chapters. The first one is about one of my exes, and the other one, the second half, is kind of about this girl that I was really in love with.”
••›  For all the darkness that bleeds through the lyrics, the record is also one of hope. Consider “Gosia”, where a soft blanket of synths and glowing acoustic guitar somehow helps create the illusion everything is okay, despite devastating lines like “Now my faith is dead while my body lays drenched in the ashes of a forgotten time/It’s hard when you come to realize someone’s path is headed elsewhere in life.”
••›  Karazija launched Low Roar from Iceland, after moving there and recording in his kitchen. An eponymous 2011 debut suggested a passing affection for Massive Attack and Sigur Rós. A follow~up, 0, gained invaluable exposure when “I’ll Keep Coming” and “Easy Way Out” landed in trailers for the crazily anticipated upcoming video~game opus Death Stranding.
••›  Once in a Long, Long While was created amid the wreckage of a relationship, with the singer leaving Iceland, spending time in Sweden, and then eventually decamping to Poland. Karazija channelled his emotions into songs. And now that he’s started revisiting those on the road, things are sometimes more painful than he remembers.
••›  “I played one of the songs here yesterday on the radio,” he says. “On our first night here in Mexico I saw a bunch of friends and we all went out and I kind of woke up a bit hungover. The song that I did was one that I hadn’t performed since I did it for the record. There’s one line that goes, ‘Babe you walk your way I’ll walk mine/I’ll stop to think of you from time to time.’ I should have done something different. Sometimes I get a hangover depression, and after I was done the radio thing I was like, ‘Why did I choose to sing that song?’ ”
••›  Choosing anything else from Once in a Long, Long While might, however, have left him equally traumatized.
••›  “After I did the record it felt like a real release,” Karazija says. “I haven’t really gone back and listened to the record that much, and there’s a few of the songs that we’re not playing live.”
••›  He laughs, and then continues: “I mean, I thought it was a happy record. But maybe it’s the most depressing one that I’ve made.”
••›  Or maybe the answer is, beautifully, both.   ••›  http://www.straight.com/
Label: http://www.nevadomusic.com/
Twitter: https://twitter.com/LOWROAR
Facebook: https://www.facebook.com/lowroar.music
_____________________________________________________________ 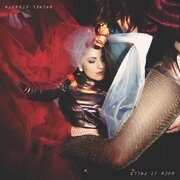