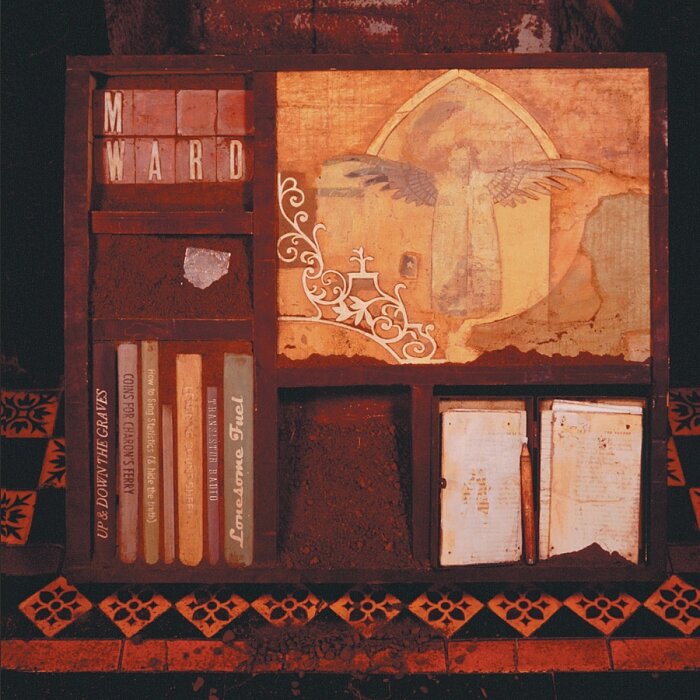 •»  M. Ward is a Portland–based singer–songwriter whose music seems to occupy a place that is uniquely “out of time,” a place that bridges the gaps between the roots of various American musical traditions of folk, country, blues, and rock. Ward spins timeless classics that seem to flow effortlessly — simple yet eloquent tales alive with metaphor and imagery told in a raspy, sepia–toned croon.
•»  M. Ward has guested and collaborated on recordings by Cat Power, Neko Case, Beth Orton, The Court & Spark, Bright Eyes, Jenny Lewis, and My Morning Jacket. In addition to his solo work he is known as a member of She & Him and Monsters of Folk.

REVIEW
By Joe Tangari; February 17, 2005;  Score: 8.2
•»  It's artists like M. Ward who make me contemplate why I write about music. I get my skin tingling to the acoustic guitars and I'm just thinking "Jesus, is this what it's about?" I'm trying to put the feeling this music gives me into words in an attempt to understand it, to convey how great it is and why, and maybe convince you that it's worth your cash or your bandwidth, and it occurs to me that I'm unsure why I do it — why I need to do it — and that, in the end, it's because I'm enjoying this and I want you to enjoy it, too.
•»  Heaven knows you don't build cred or a reputation as a trend–breaker boosting a guy like M. Ward to the rafters with acclaim, because he's not one of those musicians who bothers with belonging to a movement or a trend. He's just going on with that beautifully flawed voice of his (a high, hollow tenor with a fringe of grit) spinning melodies that remind you that, though you're weary of the world, you're not alone. His last record, 2004's magnificent Transfiguration of Vincent is at once sprawling and intimate. It's grown on me like strangling vines in the last year and I can play it anytime around anybody without a worry. This one is just a little tiny bit less perfectly imperfect than that album, but it's still got all the warmth and gentle disorganization of its predecessor — with a few more oomphy tracks standing in for Tranfiguration's most introspective meditations.

•»  For a study of Ward's songwriting ingenuity, just dive into "Paul's Song" and listen to the way he leads the verse through a countryish backing, steel guitar straddling the line between Nashville and Honolulu. You figure the melody has to go down at the end of the first verse, but instead he takes it higher and draws it out into a totally unexpected, twisting refrain. Forget verse/chorus/verse, though, because it goes where it has to, just like the traveling character in Ward's lyrics, who laments "Seems like everywhere I go the sky is falling/ When I come to town, I ain't gonna' lie to you/well, every town is all the same." It flows so swiftly into the half–time strumming of "Radio Campaign" that they could be parts of a suite; taking in the whole album, it occurs to me that maybe they are.
•»  Transistor Radio, like his other albums, is stuffed with over a dozen short songs that each reflect a different side of the same shape, glistening facets of a rough–cut Americana diamond — one crafted not simply from folk and bluegrass but also 50s AM radio, the saloon cabaret of studio–era Hollywood, and good old–fashioned indie rock. •»  Closer "Well–Tempered Clavier" extends further afield, a sad, enveloping baroque guitar reverie — let it be noted that Ward is one helluva guitarist, even if he doesn't often play it up.
•»  By now, I remember exactly why I'm writing about this stuff. Because it's fun to get shamelessly giddy and lose yourself in the attempt to articulate your love for a piece of music, if describing it adequately bears the whiff of futility. Seriously, words will often inadequately describe great music, so let's be direct: Listen to this. You will not regret it. •»  http://pitchfork.com/
Also:
By Sean Adams December 13th, 2005;  Score: 9
•» http://drownedinsound.com/releases/6932/reviews/525218-transistor-radio 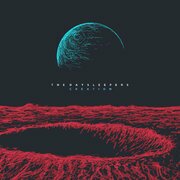