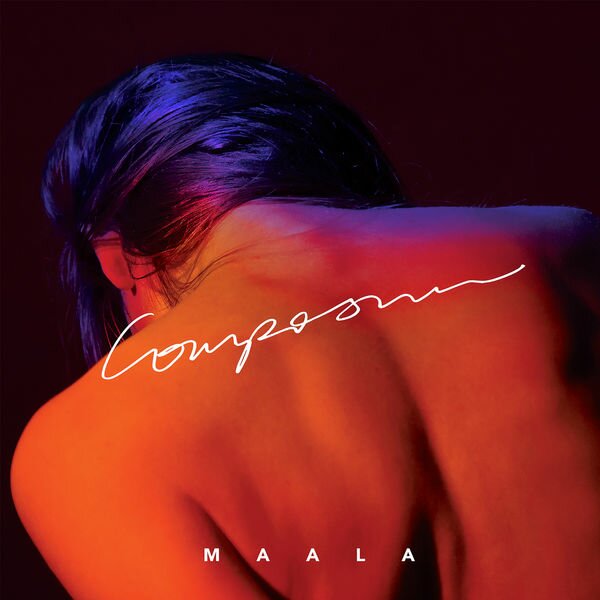 ♠   V Remix Magazine je to ‘Album of the week’. Jméno: Evan Sinton.
♠   “Yeah, it’s super exciting. I’m still putting the finishing touches on it. For me it was a natural progression from what the ep presented, it has some similar elements, but as my tastes in music changes, like the tune in my voice, and the tone changes as well. I’ve grown more confident in my writing style, and this is a more bold approach and sound as well.”
♠   The electro–pop musician sits down with Sam Wicks.

Location: Auckland, New Zealand
Album release: 29th July, 2016
Record Label: Sony Music Entertainment
Genre: Indie/Alternative
Duration:     34:57
Tracks:
01. Composure     1:55
02. Lose Your Love     3:39
03. Feels So Right     3:44
04. Kind of Love     3:42
05. Breathe Out     4:00
06. Stranger     3:08
07. Forget About You     3:32
08. Hush     3:26
09. Let Me Know     3:49
10. Soak     4:02
Review
♠   When Melody Thomas talked to MAALA in August last year, the Auckland–based electro–pop musician was only a handful of shows and an EP into his career, and few details about his backstory had been revealed. That interview uncovered the fact that the studiously mysterious singer had his start as a singer–songwriter, worked a day job in a warehouse, and had some firm ideas for how he wanted his progressive pop to be presented.
♠   A year on from that conversation, the artist born Evan William Sinton is set to unveil Composure, a title that speaks to his headspace as much as the poised presentation of his music.
♠   “For me, Composure was more of like a mental state,” MAALA says. “It reflected the last six months basically as finding composure or finding a mental attitude that felt a bit more levelled and a bit more… like I’m at ease.”
♠   “The songs are very composed and a lot of the artwork and a lot of… the whole brand is very composed and that’s a very conscious thing as well.”
♠   Assisting MAALA on production duties was Josh Fountain, ex–Kidz in Space, current Leisure member, and one of the first producers matched with a pre–‘Royals’ Lorde.
♠   By MAALA’s own admission, lyrics don’t come easy, and it was his work with Josh at Auckland’s Golden Age Studios that established the blueprint for Composure’s 13–track set.
♠   “Josh and I, we write the music first and we get that all structured nicely and then it’s singing gibberish melody ideas over that. Once I’ve got that skeleton of a musical idea and a melody with the gibberish over it, then I can take it home and I will loop that up just a couple of thousand times until I find what I want to say with it.”
♠   A year on from his unmasking, MAALA tells Sam Wicks how he’s continuing to build his brand on his album debut. ♠   http://thewireless.co.nz/

Fiona Connor, Sunday, July 31st, 2016 / Album of the week:
♠   You might have heard the name MAALA being thrown around a bit over the past year, and there’s good reason for it. The solo artist has an incredible voice and authentic, alternative electro–pop production; it’s a proud feeling when you realise the guy behind it all is a Kiwi, no less from East Auckland.
♠   The 21–year–old’s sound is a fresh take on what works, and his ability to calculate what fits with the uniqueness of his musical skills means we’re bound to see his name soar against the likes of Lorde and Broods… yep, you heard it here first.
♠   MAALA has just released his debut album Composure which features a writing collaboration on lead single ‘Kind of Love’ with US songwriter MoZella — who can claim tracks performed by the likes of Miley Cyrus, Ellie Goulding and One Direction. Another one to watch — Leroy Clampitt, is accredited to the record ‘Hush’; he recently wandered into the spotlight after collaborating with Justin Bieber on the hit track ‘Company’.
♠   MAALA’s unique sound isn’t at all slipping under the radar. Former BBC Radio 1 DJ Zane Lowe gave a nod in MAALA’s direction when he hosted the worldwide radio premiere of the track ‘In The Air’ on Apple’s Beats 1. The fellow Kiwi said MAALA has a great voice and the track was ‘a brilliantly produced pop record.’
♠   At a glance, MAALA’s traction across the music scene has been seemingly rapid — an EP late 2015, debut album mid–2016, a run of international shows, a wad of VEVO certified music videos… it’s all looking pretty good. However, to really get to know MAALA, you have to understand how he came to be.
♠   In 2012 under his real name, Evan Sinton, MAALA appeared on TV show New Zealand’s Got Talent. Throughout Evan’s time on the show it was obvious his voice possessed a unique sound that stood out from the rest but he seemingly fell flat when it came to building a career off the back of the show.
♠   What NZGT did do, however, was give Evan insight in to the commercial side of music and for the first time he came to recognise it was something he could potentially pursue as a career. After throwing a few weeks at University, he decided to go for it.
♠   Six months after the end of the show, he released an EP, entitled Evan Sinton. He said, ‘The EP achieved what I wanted to at the time but I was kind of getting bored of what an acoustic voice and a guitar could do. I felt quite restricted by that and I kind of wanted to try something else.’ He got stuck into song writing and a couple of years later, in 2014, MAALA was born. ‘I was working at other things and trying something different to excite myself and re–ignite and that’s kind of where the early MAALA stuff was.’
♠   He — under MAALA — released an EP late 2015 to an encouraging response from critics and after recent shows in London, New York, LA, Sydney and playing an opening slot on Flume’s NZ tour, MAALA says he finds the response to his music bizarre. As his music circuits radio airwaves here in New Zealand, he also has a fast–growing following online. ‘That’s the crazy part about SoundCloud and Spotify, it’s not just a restricted territory thing, it’s worldwide. The international shows were an indicator of a face to face response – it’s lovely playing live especially overseas, it’s quite romantic.’
♠   He’s been song writing for a long time now — in his mind anyway — and he says the process of creating music thrills him. ‘It’s so intriguing. There’s no formula. I couldn’t see how you could not be excited by the prospect of something that’s ever–changing. Like, it’s something you couldn’t sit down and think “oh, it’s that task again”. It’s totally different every time. And that’s going to keep it exciting and that’s why I still do it.’
♠   For now, MAALA is feeling inspired and wants to put his head down writing while he’s feeling so energetic. ‘I’d love to get out of New Zealand and see what else is out there. The next step is trying new things and seeing how I can grow’, he says. Taken from Remix Magazine: http://remixmagazine.com/album–of–the-week–maala–composure/
Interview: AUTHOR MICHELLE NG, PUBLISHED JULY 11, 2016
♠   http://vulturemagazine.com.au/yakkin-with-maala/
Twitter: https://twitter.com/maalamusic
Facebook: https://www.facebook.com/MAALAmusic/
Soundcloud: https://soundcloud.com/maalamusic/kind-of-love
Website: http://www.maala.co/ 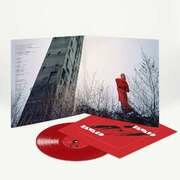