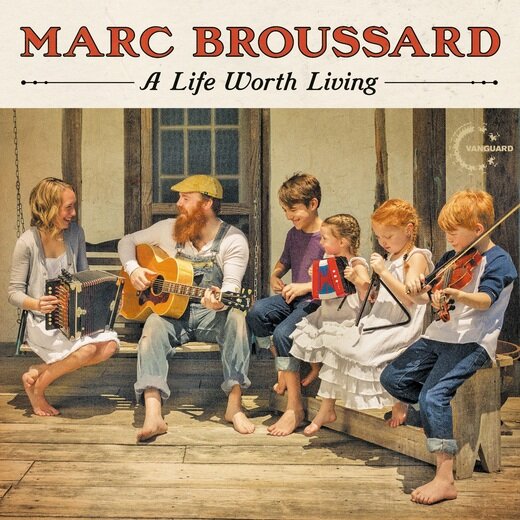 Born: January 14, 1982 in Carencro, LA
Location: Carencro, Louisiana
Album release: July 28, 2014
Record Label: Vanguard
Duration:     47:51
Tracks:
01 Hurricane Heart     2:55
02 Dying Man     4:24
03 Perfect to Me     3:35
04 Man Ain't Supposed to Cry     4:07
05 Edge of Heaven     4:12
06 A Life Worth Living     3:41
07 Honesty     4:00
08 Another Day     4:06
09 Weight of the World     3:24
10 Shine     5:33
11 Give Em Hell     4:21
12 I’ll Never Know     3:34
℗ 2014 Vanguard Records, a Welk Music Group Company
Tracks written:
◊  Marc Broussard / Sean McConnell / Paul Moak 1
◊  Marc Broussard 2, 6, 11
◊  Phil Allen / Warren Huart / Lee Anna James 3
◊  Marc Broussard / Gibb Droll 4, 10
◊  Marc Broussard / Chad Gilmore / Jim McGorman / Robb Vallier 5
◊  Marc Broussard / Paul Moak 7
◊  Phil Allen / Marc Broussard / Warren Huart 8
◊  Marc Broussard / Gibb Droll / Chad Gilmore 9
◊  Marc Broussard / Darrell Scott 12
REVIEW
By David Kunian, August 01, 2014
◊  Marc Broussard’s voice is an inspiring instrument. Broussard can sing with subtle shadings, calibrated emotion, and sheer energy, all of which are featured on his new record, A Life Worth Living.
◊  He shouts and screams on the jagged rocker “Dyin’ Man” and the slow burner “Man Ain’t Supposed to Cry” while mining a more folk vein on the sweet “Perfect to Me” and a Southern rhythm-and-blues feel on “Weight of the World.” The music here mixes soul and rock with a couple of unexpected jazz-like turns in the melodies and progressions.
◊  The record has a very personal sound even when the songs aren’t about real people. The songs speak of relationships, both good and broken, and somewhat intimate portraits with Broussard’s voice and its nuances bringing the subjects even closer to the listener. Midway through the record, the album’s climax hits when he sings about his late grandmother in the title track. The emotion is palpable in the sparse, building arrangement of guitar, piano, and cymbals as Broussard juxtaposes his grandmother dying with an impending hurricane.
◊  It’s powerful stuff and such power is evident for the rest of the record, even while restraining himself during “Honesty.” Like many singers these days, he makes use of wordless vocals and some melismatic elements, but he doesn’t depend on them or show off with them, which makes this record an pleasant one to listen to. He uses his voice to serve the songs.
◊  Between that voice and the songs, A Life Worth Living is a solid record full of heartfelt songs and Broussard’s excellent voice. Fortaken: http://www.offbeat.com/

Review by Thom Jurek
◊  Since Momentary Setback appeared in 2003, Marc Broussard's career has been fascinating (as well as occasionally frustrating, given his potential) to observe for its spirit of experimentation in R&B, rock, and bluesy funk. On A Life Worth Living, his return to Vanguard Records, all that wandering and restlessness bear immense fruit. While those genres all make appearances here, they do so minus the needless studio gimmickry on earlier records. That said, this isn't a "back-to-the-roots" recording so much as an intimate one. There is plenty of polish in Paul Moak's production, but it enhances the emotional immediacy in Broussard's songs. "Hurricane Heart," a song about a broken relationship — which could either be romantic or fraternal — is earthy and spacious. Acoustic, electric, and pedal steel guitars, backing chorus, and natural-sounding drums underscore a gritty narrative — and a clever use of classic song titles in the refrain. The lyrics and arrangement on the stellar title track (which addresses priorities discovered in the aftermath of Hurricane Katrina) are the most striking about this set: Broussard's growth as a songwriter (he wrote or co-wrote all but one song). ◊  The sometimes-cliched tropes on earlier records are completely absent. These songs reveal hard-won experience, not metaphor or tale spinning. As such, these songs are direct, even when dealing with uncomfortable topics. "Honesty," adorned with brushed drums, slide guitar, and pedal steel, relates the stark differences between lovers in handling conflict. "Another Day" — a killer duet with Genevieve Schatz — frankly addresses what lies hidden in a troubled relationship and concludes it. "Dyin'' Man, with its big, swirling B-3, is funky, nasty, and greasy; a stinging blues guitar break frames the singer's big, sensual growl. "Man Ain't Supposed to Cry" is convincingly delivered, classic Southern R&B. "Give Em Hell," a dynamic, gospel-inflected, anthemic elegy, is indeed inspirational. In many ways, the big production numbers are outliers — on purpose. They bridge the excellent if often slower and sparser material: the Americana love song "Perfect to Me," the tender, humid, "Shine," and the sultry summer soul in the committed "Weight of the World." A Life Worth Living showcases an artistic confidence without artifice. Broussard's voice has always been his signature, but this time out it's his songs — not his showmanship — that do the talking.

Artist Biography by Joseph McCombs
◊  The son of Boogie Kings guitarist (and Louisiana Hall of Fame member) Ted Broussard, singer/songwriter Marc Broussard was seemingly destined for a life as a music man. His upbringing in Lafayette, Louisiana, instilled in him an affinity for R&B alongside the Cajun trappings of southern Louisiana. Drawing vocal and stylistic influence from Otis Redding and Brian McKnight while bearing the preternaturally gruff vocals of John Hiatt and Dr. John, Broussard was barely 20 at the time of his first album's release. Momentary Setback appeared to encouraging reviews on the independent Ripley Records label in September 2002. Soon afterwards, the young musician inked a deal with Island Def Jam.
◊  With Island's support, doors began to open for Broussard. "Just Like That," a track from the Momentary Setback album, was culled for inclusion in the 2003 Lost and Found, Vol. 1 compilation alongside such Americana artists as Ryan Adams and the Jayhawks; that same year, Broussard also appeared on a Bruce Springsteen tribute album, Light of Day, with the track "Back in Your Arms." He spent the autumn of 2003 on the road, where he served as opening act for Dave Matthews Band, Maroon 5, and fellow singer/songwriter Gavin DeGraw. Carencro, a sophomore album named after Broussard's hometown, was issued by Island Records in 2004, and he made the jump from Island to Atlantic Records four years later for the release of Keep Coming Back. He became a road dog after the album's release, opening for and sharing stages with everyone from Maroon 5 and the Dave Matthews Band to Willie Nelson, O.A.R., and Bonnie Raitt. In March of 2011, two songs — "Lucky" and "Only Everything" — were issued for digital download as a precursor to his self-titled, Jamie Kenney-produced album that appeared in June.
Personal life:
◊  Broussard married his wife, Sonya, on The Rock Boat VII in January 2008. They have four children. Their oldest son, Gavin, was the inspiration for Marc's song “Gavin’s Song” which was co-written by Dave Barnes. Another son, Gibb, was named after musician Gibb Droll who often toured with Broussard. A daughter, Evangeline Rose, followed, and their youngest is a daughter, Ella Grace.
Philanthropy and public service:
◊  Broussard is involved in philanthropic work. He founded the Momentary Setback Fund to benefit victims of Hurricane Katrina and Hurricane Rita. He released an album Bootleg to Benefit the Victims of Hurricane Katrina in 2005, with all proceeds going to help rebuild Broussard’s home state, Louisiana. He is also involved in the United Way and Habitat for Humanity. In 2007 Broussard was involved in an Entertain the Troops tour in the Middle East.
Discography:
◊  2002, September 7: Momentary Setback (Ripley Records)
◊  2004, August 3:  Canecro (Island Records)
◊  2007, June 26: S.O.S.: Save Our Soul (Vanguard Records)
◊  2008, September 16: Keep Coming Back (Atlantic Records)
◊  2011, June 14: Marc Broussard (Atlantic Records)
◊  2014, July 29: A Life Worth Living (Vanguard Records)
Website: http://www.marcbroussard.com/
YouTube: https://www.youtube.com/watch?v=FuWPseegaKw
Facebook: https://www.facebook.com/marcbroussard
Agent: Paradigm Agency (www.paradigmagency.com)
Also:
By Jeremy Lukens, Score: 7
:: http://www.glidemagazine.com/121647/marc-broussard-life-worth-living-album-review/ 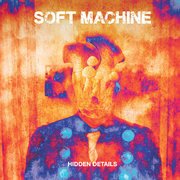