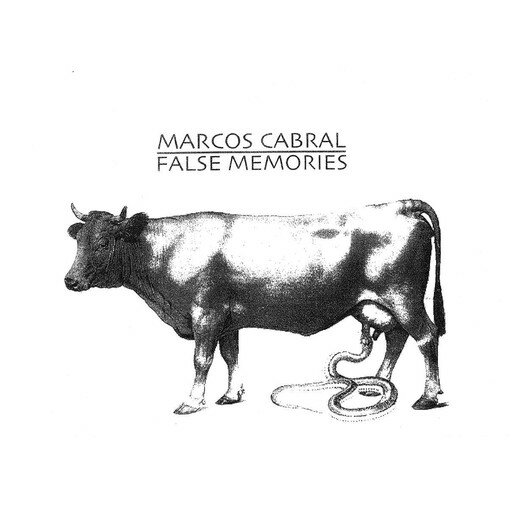 Marcos Cabral — False Memories
Location: New York
Album release: June 5th, 2013
Record Label: L.I.E.S. (Long Island Electrical Systems; LIES025)
Duration:     56:08
Tracks:
01. Downhill     7:01
02. Homemade Muffler     3:29
03. Pressed for Time     1:49
04. Solid Nature     2:32
05. North Caroline     8:07
06. Music for Driving     2:48
07. Unusually Early     3:15
08. Repaired Clocks     6:10
09. New Home     1:40
10. Countdown Interlude     2:11
11. Juke the Box     5:12
12. Virginia     7:55
13. Broken Clocks     3:28
14. Failing Liver     2:41
Producer — Marcos Cabral
•  A huge departure from his known works, Marcos Cabral appears on L.I.E.S. with his most dynamic and experimental work to date. Compiled from various cassette tape recordings spanning the years of 1998-2000, here we have the early experiments from an accomplished producer, which showcase the unharnessed energy of youth when it crashes head on with the technology of the day. The songs created by Cabral reflect his attempts of the music of the time falling somewhere in between techno, dub techno, IDM, and even noise. An engaging and timeless listen the whole way through.
•  Words from the artist: "I recently found about three hours of my unreleased tracks from 1998-2000 on old cassette tapes. The collection that I set aside for LIES is pretty much all from 1998. During that time, I lived in upstate New York in a 3000 square foot loft with just one other friend. Both being DJ's we would use our loft for fairly large parties... Cajmere from Chicago definitely being a highlight. I knew nothing about 'making' music at this time and was using this fairly primitive wav. looping program called Acid. I just started recording my crappy Roland MC-303 into my computer and would just mash loops together over and over. Listening to these tracks now, I have a really vague memory of making them, and feel that their naive nature and the happy accidents that happened here are pretty exciting to listen to."

REVIEW
By Andy Beta; August 30, 2013;  Score: 6.5
•  In 2008, the UK label REKIDS released a single from an underground Brooklyn production duo Runaway, comprised of Jacques Renault and Marcos Cabral, which was subsequently snatched up and released stateside by the DFA. “Brooklyn Club Jam” was precisely that, a track buoyed by an echoey piano line that built into a track and felt right at home amid house, disco, and electro without being beholden to any one genre. •  It also felt like one of the first well-beneath-the-radar “Made in Brooklyn” tracks to travel far outside of the borough to other cities. For those listening close, it suggested that something was brewing beyond the island of Manhattan.
•  And while his Runaway counterpart Jacques Renault has gone on to throw the popular “Let’s Play House” party and release records on an imprint of the same name, Cabral has kept a relatively low profile. Yet it was his 24 Hour Flight EP on the nascent Long Island Electrical Systems (L.I.E.S.) that began to turn heads, both to Cabral and to the label that released it. And for good reason: the extremely limited release showed Cabral to be a master craftsman at making hypnotic and deep three o’clock in the morning style tracks. So it makes a certain amount of sense that L.I.E.S.’s inaugural full-length artist release would also come from Cabral, marking his first album with False Memories.
•  But as its title suggests, things are not quite as they appear, as instead of offering up a selection of tracks that might complement the sounds to be found on 24 Hour Flight (https://soundcloud.com/l-i-e-s/marcos-cabral-24-hour-flight-l) and subsequent releases, False Memories instead digs into Cabral’s personal cassette tape archive. As the press sheet for the album notes, the album’s 14 tracks stem from Cabral’s initial forays into recording, done while living in upstate New York. “I knew nothing about ‘making’ music at this time and was using this fairly primitive wav-looping program called Acid,” Cabral wrote, using a 303 and his computer to make loops.
•  The result offers a very rough, primitive portrait of the producer, which hews close to the L.I.E.S. aesthetic but not always to Cabral’s strengths. Opener “Downhill” is murky and throbbing but while its metallic stabs shine through, not much else happens on the track. The kinetic three-minute “Homemade Muffler” suggests the junkyard playfulness of Eric Copeland’s recent Joke in the Hole. There’s an almost cartoonish scampering sound running head on into a 303’s kick, which sends noisy curlicues shooting off in every direction.
•  The tiny squelches and cricket-sized noises of “North Carolina” remind me at times of the obtuse releases of Lithops, the solo guise of Mouse on Mars’ Jan St. Werner. But where those tracks fidget, Cabral is cautious, feeling his way through the track. •  “Unusually Early” mixes pulses, snare hits, and another drum sound flanged to the extreme, with no other melodic element, to where its three minutes seem to last a lifetime. “Repaired Clocks” has a stronger beat but still feels incomplete, missing the sound of Cabral’s chords that would emerge on later productions. Loping and lo-fi as “Virginia” is, it has a lightness not to be found elsewhere courtesy of a metallic snare sound stretched like taffy. “Broken Clocks” is the grittiest and most distorted track on here, as if transmitted through heavy static.
•  False Memories is true its intent of documenting the sound of experimentation at its most unlearned by a producer who has an excellent touch for his productions in the present moment. Unfortunately, here “experimenting” mostly means letting the tape run as one plays with pitch and gain, or else cloaking everything in delay, or else turning the filter knob every which direction. For the first long look at Cabral for most outside of L.I.E.S. devotees, it’s unlikely to make a lasting impression. (http://pitchfork.com/)
Facebook: https://www.facebook.com/pages/Marcos-Cabral/144731662279159
INTERVIEW, Joe Gamp, London — United Kingdom — on 16/1/13
:: http://pulseradio.net/articles/2013/01/pulse-loves-marcos-cabral
_______________________________________________________________ 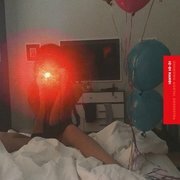