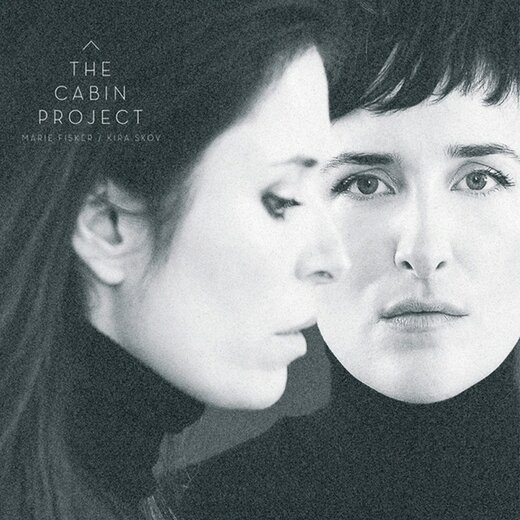 Marie Fisker & Kira Skov — The Cabin Project
Location: Copenhagen, Denmark
Album release: 2014
Record Label:
Duration:     40:08
Tracks:
01. Come Rain      (2:50)
02. My Bride      (3:16)
03. Oxygen      (4:11)
04. Johnny Guitar      (4:10)
05. Orgelsten      (5:50)
06. The First Time Ever I Saw Your Face      (4:22)
07. Hostile Face      (3:28)
08. I Lost Something In The Hills      (3:31)
09. Portrait Of A Winking Nun      (3:35)
10. Seize My Ease      (4:55)
© COPYRIGHT 2014.
≠   "The Cabin Project, c'est la rencontre du "tout qui vaut plus que la somme des parties" entre deux chanteuses danoises, Kira Skov et Marie Fisker. En live, il y a de quoi regarder et écouter, car ces dames se sont chacune bâti une réputation de taille au fil de leurs carrières respectives. Une musique profonde, pleine de soul."
In french:
≠   Un petit cadeau pour le chroniqueur de Telerama: le dernier album de Kira, associée à sa consoeur Marie Fisker. Celui–là est paru, il y a quelques semaines et il est excellent.
BIO
≠   Kira left her home in Copenhagen at the age of 17 to pursue her dream of playing in a rock’n’roll band. For 8 years she journeyed through many foreign lands, which she travelled like a modern day gypsy. Her path led her through many parts of the world, but for many years her base was in the cities of London and L.A.
≠   Drawing from her experiences of her diverse and sometimes complicated relationships, her life on the road, her continuous musical curiosity and her many collaborations, most importantly with her husband Nicolai Munch–Hansen, she has created a musical world of deeply personal songs, which today has developed in to a style that is very much her own.
≠   With a rough edge and moody tales, tying together her many musical influences, you’ll find cinematic soundscapes, fused with more songwriter based melodic material, both acoustic and electric, shadows of triphoppy David Lynch inspired moods and highway cruisers from both Persona and the Ghost Riders, striped down folk inspired hymns and glimpses of her love for Billie Holiday to be evident in her song–writing today.
≠   Kira released her debut album “Happiness saves lives” in 2002, to great critical acclaim, and the press announced her as the greatest natural talent seen in Danish Rock scene for many years. 12 years on, she has released 9 studio albums, 3 of them being with her first band Kira and the kindred spirits, which awarded her a Danish Grammy and the Gaffa Prize as vocalist of the Year in 2006. The very same year she released her side–project The Gospel, co–written and produced by Tore Johansson (Franz Ferdinand, Cardigans est.), by which she was discovered by the trip hop legend Tricky in 2007 and signed by his and Chris Blackwells short lived joint label ≠   BROWNPUNK. She also joined Trickys band as lead vocalist on his world tour in 2008.
≠   Following this, she released two solo albums with her backing band The Ghost Riders, the later being recorded on Iceland and produced by John Parish. She was awarded the Danish film academies annual award “ROBERT” for song of the year in 2009. She then released her tribute album to Billie Holiday in 2011, followed by her collaboration with The former SODS guitar–player Peter Peter and their joint project PERSONA releasing the album EPIPHANIES OF GRANDEUR in 2012.
≠   Most recently she released the album When we were gentle in the autumn of 2013. The album was again produced John Parish and hailed by the Danish press to be the highlight of her career so far, earning her two Steppeulve, the Danish Critic associations annual prize as ALBUM OF THE YEAR as well as VOCALIST OF THE YEAR.
Tumblr: http://mariefiskerkiraskov.tumblr.com/
Website: http://www.kiramusic.com/
Press contact:Maria Theessink,
____________________________________________________________