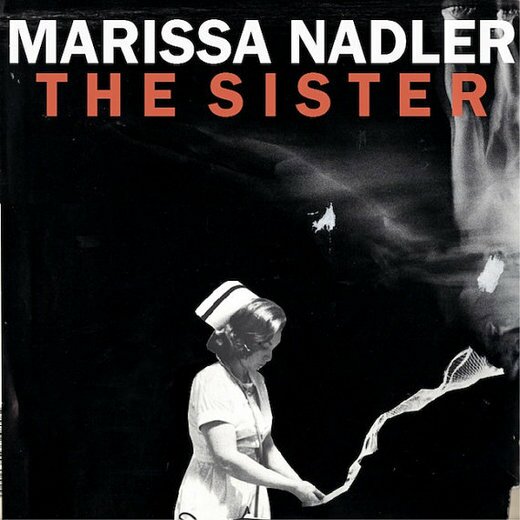 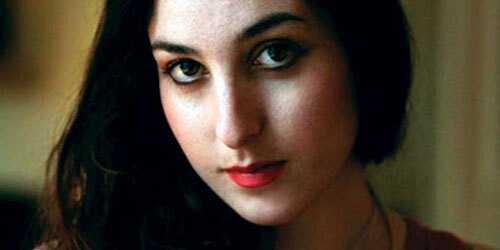 ◊  By Matthew Fiander 31 May 2012; (http://www.popmatters.com)
◊  Companion albums are tricky things, since they—by definition—don’t really allow themselves to stand on their own. This is particularly difficult when the first record, the “original” document, is so strong. So it is with Marissa Nadler, who released an eponymous record last year that was the best yet in her ever-improving discography.
◊  The Sister follows as a brief companion piece comprising eight songs that run just over a half hour. Despite its brevity, it still takes its time and, as Nadler tends to do so well, the album stretches out into haunting space, creating fragile yet bracing musical foundations for Nadler’s echo-touched, hypnotizing voice. Opener “The Wrecking Ball Company” uses that titular metaphor not as a way to destroy love, but as a way to actually find it. “He said you’d need a wrecking ball,” she whispers at the start of the song, “to break the cement around the heart.” It’s a song of heartache and unrequited love—areas Nadler has covered well in the past—but it’s not a road map for the rest of the record.
◊  The Sister is an album full of characters with their own stories, ones that are not merely stand-ins for confessional folk tunes. The darkness of “Christine” is the best distillation of the ghostly narrators Nadler has mined on all of her records, recalling betrayal and downfall with a surgical detail, from the way someone dances “like a brittle figurine” to the empty space where earrings once sat. “Apostle” on the other hand, is a brighter counterpoint, one of the light on the other side of the dark tunnel of “Christine”. It also shows us a new side of Nadler’s voice, as all the best parts of this record do, where it seems to have grown a bit of muscle. Instead of the ethereal airy sound that has made her so arresting, here notes come out full-throated and fully formed. She belts out lines on “Apostle” with the strength of someone trying to move on, not with the hush of someone crushed by the past.
◊  The same is true of the last two songs here, “In a Little Town” and “Your Heart is a Twisted Vine”, which also happen to be the best. When Nadler sings, on “In a Little Town”, of “a picture in my hand” she sings with power, leaving the faint backing vocals to carry the weight of yesterday.  “Your Heart is a Twisted Vine” is a slower, more shadowy tune, but Nadler still sings about  “telling all the world that I once knew I’m in love with you”  without a single crack in her voice. This is admission without sorrow. If past albums were about the ways we get knocked down, The Sister focuses more on the getting up, the pressing on. The narrators feel stronger here and, as a result, so does Nadler’s voice.
◊  She gets help from many of the players from her last record, and their layering—from the clatter of drums and deep synth lines of “Constantine” to Carter Tanton’s groaning electric guitar on “Your Heart is a Twisted Vine”—make these songs seem bigger than the sum of their parts. Nadler still deals in space, but the players around here—and Brian McTear’s careful production—make that space more fruitful, more open to exploration. The one place where The Sister falters, and where it falls just short of its predecessor, is that it doesn’t always take advantage of that layering.
◊  Marissa Nadler felt like a singer fronting a band, working with others to make fully fleshed-out songs. Here, songs like “The Wrecking Ball Company” and “Love Again, There is a Fire” feel solitary and contained, too much like what we’ve heard from Nadler in the past. Maybe this is because they are surrounded by other beautiful songs, but with so few songs here, these moments of isolation seem to take up too much time on a short record about building a bridge back to the world of the living. Nadler has become an indispensable part of the music scene in Boston (and is making her mark beyond that city), and on The Sister she’s at her best when she interacts with the players in that scene. Because even if The Sister is hers, the players helped build these characters and this story, the same way they brought out the best in the title character of the last record, Marissa Nadler.

(Notes: Matthew Fiander is a music critic for PopMatters and Prefix Magazine. He also writes fiction and his work has appeared in The Yalobusha Review. He received his M.F.A. in Creative Writing from UNC-Greensboro and currently teaches writing and literature at High Point University in High Point, NC. You can follow him on Twitter at @mattfiander.)

Musical style:
◊  Her voice was described by the popular online music website Pitchfork Media as "a voice you would follow straight into Hades". In the Boston Globe, her voice and music is described: "She has a voice that, in mythological times, could have lured men to their deaths at sea, an intoxicating soprano drenched in gauzy reverb that hits bell-clear heights, lingers, and tapers off like rings of smoke. Hardly anyone considers Nadler a folk musician."
◊  Music critics describe Nadler's songs as having American Gothic leanings; her stories often take place in an imagined, idealistic time with a cast of characters of her own creation and introspective themes of lonliness and grief. Her characters sometimes recur, even across multiple albums. Such examples include "Mayflower May", a self-professed alter-ego, and "Silvia", a purported reference to Sylvia Plath. Yet, in recent years, it has emerged that the characters are less make-believe than listeners thought and are based on real people, and their real lives, which she revealed in an interview with the music website Stereogum.com [6] Her links to American Gothic are reinforced by "Annabelle Lee," the last song on her debut album, Ballads of Living and Dying, which puts the poem of the same title by Edgar Allan Poe to a musical backing.
◊  Singing in a mezzo-soprano, the foundation of her songs are her acoustic guitar, often accompanied by a variety of instruments and an ambient reverb-laden production. She has been known to play in open tunings on several songs. Her influences include John Fahey, Basho, Patti Smith, Fleetwood Mac, Joni Mitchell, Kate Bush, and Leonard Cohen.
DISCOGRAPHY:
Albums:
◊  Ballads of Living and Dying (2004)
◊  The Saga of Mayflower May (July 2005)
◊  Songs III: Bird on the Water (March 2007)
◊  Little Hells (March 2009)
◊  Marissa Nadler (June 14, 2011)
◊  The Sister (May 2012)
Singles, EPs and demos:
◊  Four-Track Recordings, Outtakes (2005)
◊  "Diamond Heart"/"Leather Made Shoes" single (May 2006)
◊  "Diamond Heart"/"Dying Breed" single (February 2007)
◊  "Bird on Your Grave" single (music video only) (October 2007)
◊  Ivy and the Clovers - Promotional CD sold on tour (2007) 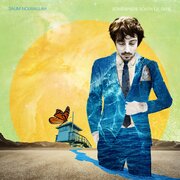