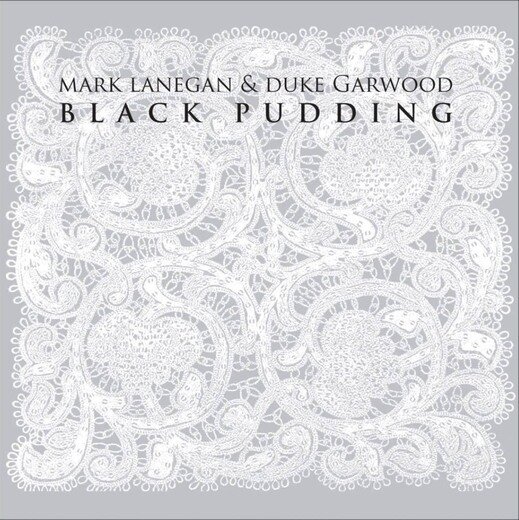 Mark Lanegan & Duke Garwood — Black Pudding
¶  Lanegan has a distinctive baritone voice that has been described "as scratchy as a three–day beard yet as supple and pliable as moccasin leather" and compared to Tom Waits.
¶  Lanegan described Garwood as "one of his all time favorite artists" and working with him as "one of the best experiences of his recording life". Their debut collaboration album 'Black Pudding' will be released in May 2013.
Birth name: Mark William Lanegan
Born: November 25, 1964, Ellensburg, Washington, United States
Origin: Seattle, Washington, United States
Location DG: London, UK
Instruments: Vocals, guitar, violin, keyboard, drum machine
Album release: May 13th, 2013
Record Label: Heavenly/Ipecac
Duration:     44:39
Tracks:
01. Black Pudding     (2:55)
02. Pentacostal     (4:00)
03. War Memorial     (2:15)
04. Mescalito     (6:19)
05. Sphinx     (3:29)
06. Last Rung     (1:57)
07. Driver     (3:32)
08. Death Rides A White Horse     (4:00)
09. Thank You     (2:50)
10. Cold Molly     (4:30)
11. Shade Of The Sun     (4:01)
12. Manchester Special     (4:51)
Website: http://marklanegan.com/
MySpace: http://www.myspace.com/marklanegan
Facebook: https://www.facebook.com/MarkLanegan
Description:
¶  "Mark Lanegan has teamed up with multi–instrumentalist Duke Garwood to release Black Pudding via Ipecac Recordings on Apr. 16. Lanegan, never one to shy away from unique collaborations, has previously worked with Belle & Sebastian’s Isobel Campbell, The Afghan Whigs’ Greg Dulli and as a member of The Screaming Trees, Soulsavers and Queens of the Stone Age. “Duke Garwood is one of my all time favorite artists,” said Lanegan. “Working with him has been one of the best experiences of my recording life”. Lanegan and Garwood met a few years ago while playing on the same bill and Garwood was again a frequent opener on Lanegan’s recent European tour. Garwood has often been described in the UK press as Lanegan’s “spiritual cousin across the Atlantic waters.” He is praised in his home country as a master bluesman, with The Quietus saying “The combination of Garwood’s murmured vocals and the sound he gets out of his guitar — which ranges from a rolling, loose finger–picking to shuddering howls of feedback — has a hypnotic effect” and The Mirror dubbing him as “London’s leading exponent of the wheezy broke–down blues”.

¶  Nouvelle collaboration pour Mark Lanegan, cette fois avec un bluesman. Un bel album a dominante acoustique.
Mark Lanegan discography:
• The Winding Sheet (1990)
• Whiskey for the Holy Ghost (1994)
• Scraps at Midnight (1998)
• I'll Take Care of You (1999)
• Field Songs (2001)
• Bubblegum (2004)
• Blues Funeral (2012)
Duke Garwood:
Born: 1969
Instruments: Multi–instrumentalist
Website: www.dukegarwood.co.uk
MySpace: http://www.myspace.com/dukegarwood
Discography:
Albums:
• Holy Week (Loog Records, 2005)
• Emerald Palace (Butterfly Recordings., 2006)
• The Sand That Falls (Fire Records (UK), 2009)
• Dreamboatsafari (Fire Records (UK), 2011)
• Black Pudding w/ Mark Lanegan (Heavenly/ Ipecac, 2013)
Other Releases:
• Sweet Back (Loog Records, 2005) — 7" single
• Keep Mother Vol.6 (Fire Records (UK), 2006) — split 10" single w/ HTRK
• He Was A Warlock (Fire Records (UK), 2009) — EP[20]
• Duke/Wand (Fire Records (UK), 2012) — split 12" LP w/ Wooden Wand
¶  We are proud to announce our newest signing, Mark Lanegan, long–time friend of Heavenly and a man whose career to date means he needs little introduction from us.
¶  Never one to shy away from unique collaborations — having previously worked with Isobel Campbell on their Mercury–nominated album of duets, ‘Ballad of the Broken Seas’, as well as teaming up with Greg Dulli to become The Gutter Twins — the first release on Heavenly will be his collaboration with Duke Garwood, who he describes as “one of my all–time favourite artists”.
¶  Titled ‘Black Pudding’, the album was recorded at Pink Duck Studios in Burbank, California by Justin Smith (Tegan & Sara, The Hives) and mixed by his Queens of the Stone Age associate Alain Johannes.
¶  The album is set for release on 13th May.
By Reverend Justito
¶  On April 16th, Mark Lanegan & Duke Garwood are set to release their first studio collaboration, Black Pudding. The 12 track effort was recorded at Pink Duck Studios in beautiful Burbank, CA and will be released by Ipecac Recordings. For those who are unfamiliar with Garwood, he has been described in the UK press as Lanegan’s “spiritual cousin across the Atlantic waters.” In fact, Lanegan had the following fine words to share about his latest musical partner. “Duke Garwood is one of my all time favorite artists. Working with him has been one of the best experiences of my recording life.” Of note for fans of Queens of the Stone Age, Alain Johannes mixed the album.
Fortaken: http://blackrebelmotorcycleclub.com 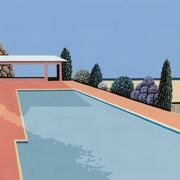