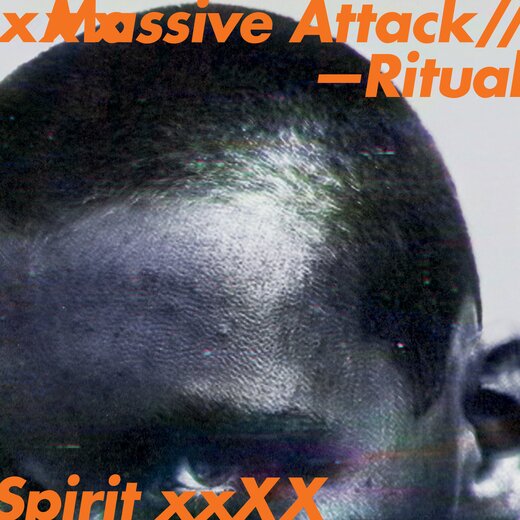 Massive Attack — Ritual Spirit EP
♦◊♦  An EP, fifteen minutes or so of fabulous music. Massive Attack are not singers nor instrumentalists — they’re collaborators with an amazing knack of bringing together sonic ideas and scratchy/eerie voices into a beautiful musical landscape. Each track features a different collaborator — Roots Manuva, the much heralded UK hip–hop star, Azekel, Young Fathers and Tricky, each being an experience in its own right, but the experience as a whole is the perfect combination. You don’t get a wasted minute on this lovely 17+ minute record.

Location: Bristol, UK
Album release: January 28, 2016
Record Label: The Vinyl Factory / Virgin / EMI
Duration:     17:13
Tracks:
01 Dead Editors (feat. Roots Manuva)     4:46
02 Ritual Spirit (feat. Azekel)     3:55
03 Voodoo In My Blood (feat. Young Fathers)     4:01
04 Take It There (feat. Tricky & 3D)     4:31
℗ 2016 Melankolic Recordings Limited
Personnel:
♦◊♦  Robert Del Naja &
♦◊♦  Grant Marshall
♦◊♦  Massive Attack is currently on tour with Young Fathers and are preparing to release an EP via old time collaborators, The Vinyl Factory. The EP is titled “Ritual Spirit”. Songs which have been considered include Dead Editors, Ritual Spirit, Clock Forward, Voodoo in My Blood, He Needs Me and Take It There. Collaborations on the EP include Roots Manuva, Young Fathers, and as previously suggested — Tricky. No official word on when and if a full length album will be available.
♦◊♦  Snippets of the tracks are available from Fantom iOS app. According to Mark Kavanagh, a journalist and DJ, it’s out tomorrow, January 21th. While unlikely, as The Vinyl Factory is known to take pre–orders, his tweet has since been deleted.
Review
By Katherine St. Asaph; February 5, 2016;  Score: 7.0
♦◊♦  Massive Attack made not one but three of the defining albums of the ‘90s, and are nearly single–handedly responsible for founding trip–hop, which, depending on who you ask, is either the most prevalent or worst genre of the decade’s latter half. They were probably guaranteed to weather some tough times after the turn of the millennium, and they did. Their once–genre became a punchline, and band members splintered off one by one, leaving only Robert “3D” Del Naja, his increasingly claustrophobic production style, and a cloud of drama.
Times are friendlier to Massive Attack now, though. Half a decade on, 2010’s Heligoland holds up surprisingly well, and “trip–hop” isn’t quite the epithet it used to be. This year, one of the biggest new crossover pop stars cross–audience is a guy who used to be produced by Doc McKinney of–of all people!–Esthero. As such, Massive Attack have spent much of the decade in a long, protracted process of getting the gang back together. The group’s been occupied with soundtrack work for documentaries on tax evasion and global warming, and a live show that skewers, in Del Naja’s words, “utopian tech companies”; that live show featured both longterm vocalist Horace Andy and former Tricky collaborator Martina Topley–Bird. And Tricky himself appears on Ritual Spirit, an EP produced entirely by 3D from material on remix–your–own app Fantom. (A second EP, with songs by Daddy G, is due later this year.)
♦◊♦  It’s instructive to think of just how many ways this EP could be awful, how many gimmicky collaborators or landfill house vocalists could be on the album. But Massive Attack play it mostly conservative. Aside from Young Fathers — whom Del Naja called “currently the best fucking band in the world” — and newcomer Azekel, the personnel on Ritual Spirit have been around: British rapper Roots Manuva and Tricky himself, whose single “Take It There” is such a return to form it almost works best as speculative history: What if Tricky had stuck around for Mezzanine? It’s also the most diehards–only track of the four — suffice it to say, if you always found Massive Attack’s post–‘97 schtick contrived and 3D’s lyrics ridiculous, you probably won’t get through this one without some eye–rolling.
♦◊♦  “Dead Editors,” with its EKG opening, begins like a 100th Window cut, but reveals itself as something with more interesting things to say: In 2010, Marshall rejoined the group with a vow that he would “bring the black back to Massive Attack,” and the line that appears near–verbatim on “Dead Editors”; it’s also noteworthy that Ritual Spirit features entirely black collaborators and engages significantly more with rap than Heligoland. Feverish “Ritual Spirit” hangs somewhere between meditative and heatsick, Azekel’s vocal like a smoke curl; meanwhile, “Voodoo in My Blood” captures its collaborators’ best impulses: a more driven version of Young Fathers’ polyglot rock, a more dynamic version of Del Naja’s often–of–late meandering work. Massive Attack were always equally as good producers as they were curators; it’s promising that, as much of their old sound as they’ve retained, they’ve kept this as well. ♦◊♦  http://pitchfork.com/
Label: http://vinylsurrender.com/
Website: http://www.massiveattack.co.uk/
Facebook: https://www.facebook.com/massiveattack
Discography:
♦◊♦  Blue Lines (1991)
♦◊♦  Protection (1994)
♦◊♦  Mezzanine (1998)
♦◊♦  100th Window (2003)
♦◊♦  Heligoland (2010)