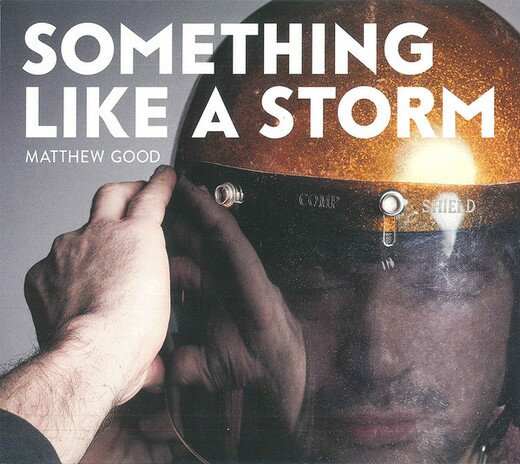 =>       Veteran Canadian singer~songwriter who came to prominence in the late~90’s fronting popular alt~rockers the Matthew Good Band.
=>    Matt Good commented on the album saying: “The theme of the album is one foreboding, of the gathering of socially divisive storm clouds, from the perspective of the personal to wider frames of inclusion. The title comes from a demo originally recorded years ago. Given that it was roughly 20 minutes in length, and comprised of movements, I’d only written the first five lines of lyrics which are now the first lines on the album. Musically, the song on the album doesn’t include anything from the original demo.”
=>       The spectral Welt 4 marks the point where Cologne Tape really let loose, PNN affiliate Isis Lace making her presence felt through some ritualistic chants over a lolloping, improvised kraut composition. Welt 5 unfurls into some sort of spiritual Cologne~based brethren to the rainforest techno of SUED, the mood seeping into the superb Gas gone minimal kosmische immersion that is Welt 6. A brief vignette of experimentation led by grand piano on Welt 7 follows before the assembled mass combine for a space rock finale on Welt 8, whose chunky live drums sort of spoil the mood cultivated from the album’s midway point.
Born: June 29, 1971 in Coquitlam, Burnaby, British Columbia, Canada
Location: Vancouver, BC, Canada
Genre: Pop/Rock
Album release: October 20, 2017
Record Label: M Good Productions / Warner Music Canada
Duration:     52:51
Tracks:
1 Bad Guys Win     4:24
2 Decades     3:40
3 Men at the Door     4:55
4 There the First Time     4:49
5 Days Come Down     4:09
6 Something Like a Storm     5:55
7 She’s Got You Where She Wants You     4:11
8 This Is Night     4:58
9 Bullets in a Briefcase     6:23
Written by:
=>       Matthew Good     1, 2, 3, 6, 7, 8
=>       Matthew Good / Warne Livesey     4, 5, 9
Credits:
=>       Stuart Cameron Guitar, Guitar (Electric)
=>       Nick Civiero Engineer
=>       Edith Fitzgerald Violin
=>       Peter Fusco Bass
=>       Matthew Good Composer, Guitar, Guitar (El.), Keys, Lyricist, Synthesizer, Vocals
=>       Amélie Lamontagne Violin
=>       Warne Livesey Composer, Guitar, Mixing, Organ, Piano, Producer, Synthesizer, Vocals (Bkgr)
=>       Blake Manning Drums, Percussion, Vocals, Vocals (Background)
=>       Sarah Martineau Viola
=>       Camille Paquette~Roy Cello
=>       Nyles Spencer Engineer
=>       Andy VanDette Mastering
Review | by James Gerard | Rating: 9
★★       Where most artists tend to settle into a period of artistic ‘cruise~control’ during their later years, content to mine the same tired territory over and over (often leading to diminished returns), Matthew Good has spent the better part of the last decade pushing the boundaries of his sound in every which way.  Whether it was the big~band deviations from 2011’s Lights of Endangered Species or the Pixies~inspired anthems from 2013’s Arrows of Desire, Good’s post~90’s alterna~rock~heyday output has been a series of bold artistic statements and equally defiant reactions.
★★       Something Like A Storm, Good’s eighth solo full~length (and fourth release in the past five years), manages to elicit fond memories from yesteryear while also providing a glimpse of what may lie ahead for the intrepid Canadian singer/songwriter.
★★       The ‘on the nose’ album opener “Bad Guys Win”, with its explosive toms and shimmering guitars, channels a U2~esque vibe to great effect while the driving “Decades” shows off just how tight Good’s band has become.  Guitarist Stuart Cameron, bassist Peter Fusco, and drummer Blake Manning elevate even the most pedestrian of arrangements to another level with their ever~present synchronicity.
★★       And while Good has never shied away from orchestral embellishments, Something Like A Storm finds the artist embracing new~wave~leaning textures in a whole new way.  “Days Come Down” is transformed by a saturating synth line while the driving “There the First Time” and backbeat~driven “She’s Got You Where She Wants You” are impressively buoyed by Cure~esque guitars and a lushly cinematic production.
★★       And where Good’s previous outing Chaotic Neutral tended to draw a hard line between lushly produced, pensive ruminations and labored, upbeat numbers, there is a more seamless balance this time around.  The album’s third track, the pensive quasi~ballad “Men at the Door” and the anthemic “This is Night” show off just how effectively Good has become at wielding dynamics as his weapon of choice.
★★       Meanwhile, the brooding, circular title track “Something Like a Storm” and the absolutely stunning “Bullet’s In A Briefcase” immediately recall the sort of overstated melancholic grandeur that helped set Good’s former band apart from the fray.  Both songs are built around plodding, circular riffs that ebb and flow between pensive restraint and explosive crescendos so effectively that they may be worth the price of admission by themselves.
★★       With nine tracks spread across 43 minutes, Something Like A Storm indulges Good’s penchant for depth while never threatening to overstay its welcome.  And for his part, Good’s voice is in rare form, for while he predictably carries the more up~tempo numbers with his well~honed croon, it’s during the album’s most low~key moments that his growth as a lyricist and singer really begin to come into focus.  The opening lines of “Bullet in a Briefcase” (Little fish, boat's too full, down you go...) not only perfectly encapsulate the overall vibe of the album, but Good’s delivery is so perfectly delicate that it’s hard to imagine a younger version of himself being able to deliver a more authentic performance.
★★       Simply remaining inspired is the real challenge for any artist who has been at it as long as Matthew Good has; and if nothing else, the man sounds as inspired as ever on Something Like A Storm.  And whether it’s a culmination of a lifetime’s worth of experiences colliding with an ever~growing air of political~discord or simply the next step in an ongoing personal evolution, on every level Something Like A Storm feels like the beginning of something new from an artist who clearly has a lot left to say.
★★       https://soundblab.com/
Website: http://www.matthewgood.org/
Twitter: https://twitter.com/mattgood
Discography:
★    Avalanche (2003)
★    White Light Rock & Roll Review (2004)
★    In a Coma: 1995~2005 (2005)
★    Hospital Music (2007)
★    Live at Massey Hall (2008)
★    Vancouver (2009)
★    Lights of Endangered Species (2011)
★    Old Fighters (2013)
★    Arrows of Desire (2013)
★    Chaotic Neutral (2015)
★    I Miss New Wave: Beautiful Midnight Revisited (2016)
★    Something like a Storm (2017)
★=>★=>★=>★=>★=>★=>★=>★=>★=>★=>★=>★=>★=>★=>★=>★