Written By Hal Horowitz // October 5, 2016 // Rating: 4 out of 5 stars
••→   At this late stage in Melissa Etheridge’s nearly 30 year and counting recorded career, the only strange aspect of a dive into the fertile Stax catalog is wondering why it took so long. Her naturally boisterous grits and gravy approach is perfectly suited to tackle songs from the similarly styled vocals of Otis Redding, Sam & Dave, Albert King etc. and she sure has the attitude to blow some new life into the (mostly) established classics she interprets here.
••→   Better still, Etheridge doesn’t just settle for any old backing group to refashion these gems, but traveled to Memphis and recruited some of the original players from the Hi Studios/Al Green support staff that first created these oh so soulful tracks. She also brings strings, backing gospel inspired singers and a horn section to further enhance the experience.  The end result won’t make you forget the timeless originals that are essential threads in the fabric of American soul and blues, but leaves you with an appreciation that Etheridge loves and cares about the music and is determined to do it justice.
••→   These arrangements hew closely to the ones we know, which in at least a few cases such as a nearly note~for~note reproduction of the already over~recorded “Born Under a Bad Sign,” begs the question of “why bother?,” even if John Mayer contributes a sturdy guitar solo (he also appears on “Rock Me Baby”). Still, once you hear Etheridge tearing into Otis Redding’s ballad standards “I’ve Got Dreams to Remember” and “I’ve Been Loving You Too Long (To Stop Now),” uncovering hidden diamonds in William Bell’s “Any Other Way” or blowing harp on the rollicking obscurity “Wait a Minute” (first recorded by the seldom heard Barbara Stephens), you’ll dispose of any complaints and go with the flow.
••→   Perhaps not surprisingly, this is Etheridge’s debut for the revived Stax label (Bell also released a terrific album on the imprint earlier this year), which makes this excavation into the company’s vaults an advertisement for their back catalog for the few who may not already be familiar with it. But give Etheridge credit for updating some of the lyrics to the Staple Singers’ hit “Respect Yourself” to reflect contemporary concerns and for diving head first into “Hold On I’m Coming” with a brassy bravado in keeping with the song’s strutting vibe.
••→   Etheridge restrains her tendencies to over~sing, the band is cooking, the production is tight and the tunes are unforgettable making this a consistently enjoyable foray that never feels forced or plastic. And if it sends listeners back to hear where Etheridge and so many others got their inspiration from, all the better.
••→   http://americansongwriter.com/
Website: http://www.melissaetheridge.com/
Twitter: https://twitter.com/metheridge
Facebook: https://www.facebook.com/MelissaEtheridge
••→_____________________________________________________••→ 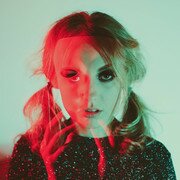