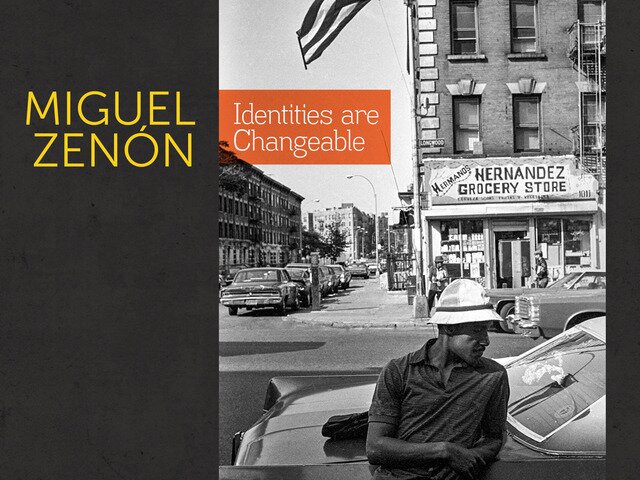 Miguel Zenón — Identities Are Changeable (November 4, 2014)
★Ξ★     Multiple Grammy Nominee and Guggenheim and MacArthur Fellow Miguel Zenón represents a select group of musicians who have masterfully balanced and blended the often–contradictory poles of innovation and tradition. Widely considered as one of the most groundbreaking and influential saxophonists of his generation, he has also developed a unique voice as a composer and as a conceptualist, concentrating his efforts on perfecting a fine mix between Latin American Folkloric Music and Jazz.
★Ξ★     A vibrant, strikingly gifted Puerto Rican jazz saxophonist, teacher and imaginative composer.

Review by Jeff Krow (Audiophile Audition). October 26, 2014. Score: ****
★     In his new CD Miguel Zenón has explored the theme of national identity experienced by New Yorkers of Puerto Rican descent. As the largest community of Puerto Ricans outside of the island (1.2 million) have made the 1600 mile trip to New York City, Miguel wanted to explore their reasons for moving north as well as how the experience of living in the Big Apple has changed their lives. Zenon has been in New York since 1998, pursuing his dreams of jazz musicians who know that New York City is the mecca of jazz in the US.
★     Miguel, himself, did the interviews of his fellow countrymen and women exploring a single question– “what makes a Puerto Rican a Puerto Rican?”  The interviews serve as a backdrop for a gorgeous big band soundtrack. Backed by his own quartet, Zenon expands the CDs tracks into a song cycle for a large ensemble. An infectious groove is established by the musicians that weaves in and out of the interviewees’ stories of where their parents were born, when they came to New York, and their connection back to Puerto Rico, even when they have been raised almost completely in one of the boroughs of New York. Some have returned to their island, but many who have not consider themselves Puerto Rican primarily. Ritual, language, and cultural identity tie them back to their roots.
★     Zenon states that “all of the compositions explore the idea of multiple rhythmic structures coexisting with each other.” Miguel’s swinging alto sax is a constant throughout the eight tracks. The expanded ensemble has some solo features such as John Ellis’ tenor solo on “Same Flight” and Tim Albright’s trombone featured on “First Language.
★     The music ties together the interviews as a hybrid bridge connecting the oral histories recorded by Zenón. It’s an intoxicating brew as the ensemble shifts meters and jumps from double to half time. Many of the themes have an anthemic quality that gives inspiration to the life stories that the CD presents. Tying together the project together is Zenon moving around the chord changes, as well as drummer Henry Cole keeping the energy flowing.
★     To hear second or third generation New Yorkers of Puerto Rican descent wax poetic about their parents and grandparent’s ties to the island leads them to want to keep their heritage vital with their own children.
★     It is important to note that the music on this CD is complemented  by a video installment by David Dempewolf with footage from the interviews. It can be accessed by visiting Miguel’s website at: www.miguelzenon.com/identitiesvideo  Those lucky enough to experience the project in its entirety in Boston, San Francisco or at Carnegie Hall were in for a moving experience. Hearing the CD alone comes highly recommended also. ★Ξ★     http://audaud.com/

Also:
By Raul da Gama —  Nov 16, 2014 • Score: ***** (Album of the week)
★Ξ★     http://latinjazznet.com/2014/11/16/features/album-of-the-week/miguel-zenon-identities-are-changeable/
By PATRICK JARENWATTANANON •
★Ξ★     http://www.npr.org/event/music/354587935/miguel-zen-ns-identities-are-changeable
By Staff, Jeff Simon, updated 2:04 AM, November 2, 2014 • Score: ΩΩΩ
★Ξ★     http://buffalo.com/2014/11/02/uncategorized/miguel-zenon-identities-are-changeable/
CD BABY: http://www.cdbaby.com/cd/miguelzenon2
Website: http://miguelzenon.com/
YouTube: https://www.youtube.com/user/miguelzenon
Twitter: https://twitter.com/miguelzenon
Facebook: https://www.facebook.com/miguelzenon
Bio
Authors: David Jeffries & Thom Jurek
★     Saxophonist and composer Miguel Zenón is one of a select group of jazz musicians who have successfully navigated the often contradictory poles of innovation and tradition. A multi–Grammy nominee, he has developed a unique voice as a composer and conceptualist, concentrating his efforts on perfecting a fine mix between Latin American folk music and jazz. In addition to his numerous dates as a bandleader, Zenón has worked as a sideman with Charlie Haden, David Sánchez, Ray Barretto, the Mingus Big Band, Michele Rosewoman, Luis Perdomo, Bobby Hutcherson, Fred Hersch, Kenny Werner, Steve Coleman, and Hans Glawischnig, and has lectured and taught master classes all over the globe.
★     A native of San Juan, Puerto Rico, Zenón dug Coltrane in high school but didn't get serious about a career in jazz until attending the Berklee School of Music. While at Berklee, he hooked up with drummer Bob Moses, who invited him to play with the Either/Orchestra, giving the saxophonist his first professional experience. Awards and grants lead to Zenón pursuing and earning a Masters in Saxophone Performance in 2001 from the Manhattan School of Music in New York City.
★     Looking Forward, Zenón's debut album as a leader, appeared in 2002. it fused jazz, Latin, and classical influences, and earned positive reviews at home and abroad. In 2003, he and his Rhythm Collective quartet were selected by the Kennedy Center's Jazz ambassador program to teach and perform in West Africa. That same year, he recorded his sophomore effort, Ceremonial, which was produced by Branford Marsalis and released on the Marsalis Music label in early 2004. Also in 2004, he recorded as a founding member of the SF Jazz Collective. In 2005, he and Brian Lynch co–headlined a date entitled 24/7, and later in the year released the groundbreaking Jibaro, a jazz tribute to "la música jíbara" — a string–based folkloric music popular in the Puerto Rican countryside, that ended up on many critics' year–end lists.
★     Throughout 2006 and 2007, Zenón kept busy. He recorded with the SF Jazz Collective and was part of its world tour, and he played on pianist Edsel Gomez's debut offering, Cubist Music. The saxophonist had a momentous 2008. His Awake album was issued by Marsalis Music to widespread critical acclaim, and he received a MacArthur Foundation Award aka the "genius" grant" — and a fellowship from the John Simon Guggenheim Foundation. His Esta Plena album appeared in 2009.
★     In 2011, Alma Adentro was released and nominated for a Grammy. Zenón founded Caravana Cultural that year, a program that organizes free–of–charge jazz concerts in rural areas of Puerto Rico. In 2012, Rayuela, his debut for the Sunnyside label, was released. In 2013, Zenón issued the first offering from his own Miel Music label: Oye! Live in Puerto Rico, which documented his reunion with the Rhythm Collective band. ~ David Jeffries & Thom Jurek, Rovi 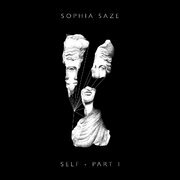