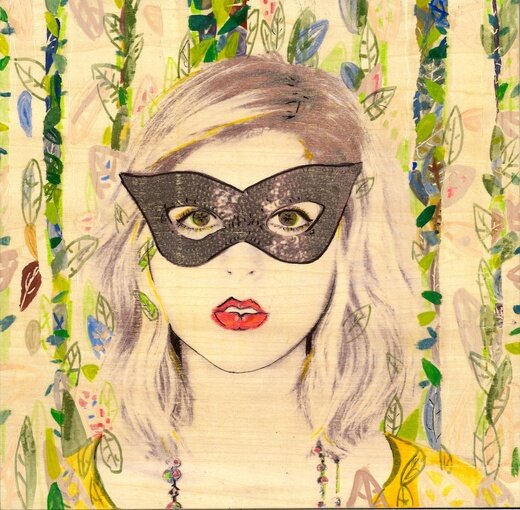 Chris McGovern; on July 26, 2012 at 3:49 am
Interview:
•  Rochester, that town in Upstate, NY that gave us Julia Nunes, has blessed us with another great artist — harpist–singer–songwriter Mikaela Davis.
•  Davis performs, and continues to study the harp at Potsdam working on classical pieces while she isn’t writing songs. She made her debut CD with the aid of the crowd–funder Kickstarter, and released it earlier this year. The CD, by the way, is highly–recommended. You can hear the work of a precision–based study environment in the sound of her playing on these tracks, and her voice is nothing to sneeze at either.
CM: You’re from Rochester, NY–Is there something in the air or the water in that part of New York that there are three really gifted singer-songwriters (you, Julia Nunes and Lauren O’Connell) coming from this area?
Mikaela: Something is definitely in the water! The music scene is growing — there’s Joywave, The Demos, The Absolutes, Josh Netsky, Sports, Walri, Harmonica Lewinski etc. All incredible musicians. The art scene is growing as well.
CM: The album is incredible! I really enjoy the way you use the harp as a pop instrument on songs like “Just Trying to Be Your Friend”. It just sounds so cool, like you are playing the harp sort of as a rhythm guitar.
Mikaela: Thank you!! In my pop songs I mainly am just playing chords without any fillers.
CM: Can you talk about your beginnings with the harp, and why you chose this instrument?
Mikaela: I started at my elementary school in second grade. My school district owns harps like they own violins, cellos, etc. I chose the harp because my Oma had passed away the year before and I wanted her to hear me practice the harp under the skylight in my living room — I imagined she would only be able to see me if I was playing the harp. I took private lessons with Grace Wong from 4th grade to 12th grade, was in Rochester Philharmonic Youth Orchestra from 9th — 12th grade and Performed the Debussy Danses harp concerto senior year. I am currently studying harp performance with Jessica Suchy–Pilalis at the Crane School of Music. I will be performing Pierne’s Concertstuck Harp Concerto in April!
CM: After you and Joanna Newsom, I don’t know how many other artists that write songs and happen play the harp are going to prove themselves in a singular way the way that you guys have, and you and JN have your own musical identities. Would others have to prove themselves the same way?
Mikaela: I mean, any harpist could write songs just as easily as a pianist. They don’t have to prove anything. You’re right though — I haven’t heard of many singer/songwriters on harp. It was definitely a interesting transition from writing songs on piano to harp (I used to write for piano and voice in middle school and put on a concert of original music in 7th and 8th grade).
CM: The CD was funded through Kickstarter, and this has proven to be very successful for many indie artists. What are your thoughts on the program, and would you go through them again if need be for the second CD?
Mikaela: It was great. I would recommend it to anyone! I want to try and stay away from asking for money. I’m recording a single with a B–side at Red Booth Studios in August and I’m hoping my CD sales will cover that.
Fortaken: http://chrismcgovernmusic.wordpress.com 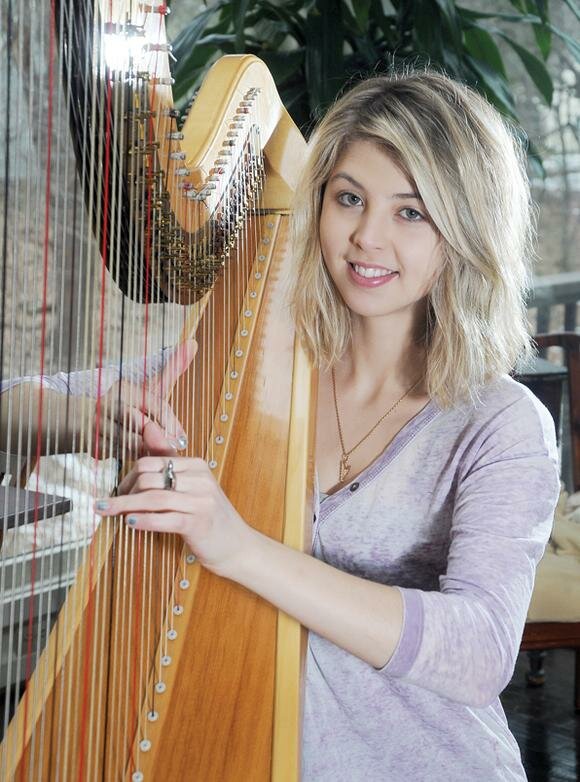 Interview: July 11, 2011
RI: So tell us a little about yourself.
Mikaela: I started the harp when I was in third grade so I’ve been playing for eleven years. I go to SUNY Potsdam; there is a great school of music up there for performance.
RI: So how did you start playing the harp?
Mikaela: It’s a funny question. It was offered at the elementary school, the school had 2 mini harps, and I wanted to play because my Oma (German for grandma) she passed away when I was in second grade and I wanted to play something that she could hear. I have a sky light in my living room and I would put my harp under the skylight so she could watch me playing the harp.
RI: That’s awesome, It makes the music real unique since you don’t normally someone get on stage with a harp.
Mikaela: Yea I know, but there are actually a good amount of people who play the harp around Rochester; unfortunately Penfield is the only high school that offers harp at school.  I also started taking private lessons with Grace Wong, who is awesome; I continued to take lessons with her until 2010.
RI: So when did you start playing shows around town?
Mikaela: Not until last year. I began writing songs in 7th grade, kind of cheesy songs that I preformed while playing the piano. I put on a couple of concerts in middle school, but I then I stopped playing and really didn’t really write music again until my senior year of high school. I started writing music for the harp and playing shows around town last year.
RI: Where do you draw your inspiration from?
Mikaela: Sufjan Stevens is my biggest influence. Elliott smith is one too, and Joanna Newsom, who plays harp and sings as well. I love 60s music as well, such as the Beatles and the Remains.
RI: So where do you spend time in Rochester when you are not playing music?
Mikaela:  I really like the Bug Jar, it’s really cool because the furniture and stuff hanging from the ceiling; the Lovin Cup too. There are some good shows that play at the Lovin Cup and Bug Jar.
RI: So you said you had a CD coming out; can you tell us some more about it?
Mikaela: I’m recording at Red Booth Studios with Bryan Moore (the owner and engineer) he is awesome. We have finished all of the harps tracks; we did a lot of it live. It will hopefully come out in August.
•  Fortaken: http://therochesterinsomniac.com   // Also: interview between Jinelle Shengulette & Mikaela Davis: http://rochester.metromix.com/music/article/mikaela-davis/2648264/content 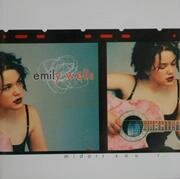