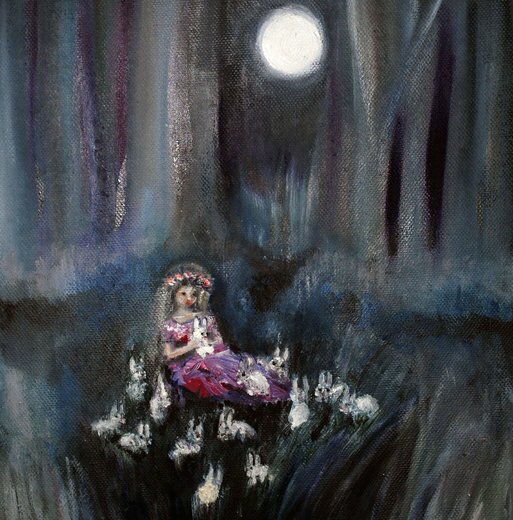 ■■■         { Weird but wonderful. } Music has been known to break hearts. My heart breaks often, there are songs that are impossible for me to hear without associating them first with sadness. This is something music is good at: it brings us to places that are specific, no matter how hazy and dissonant the sound. Molly Drag aka Michael Hansford is a musician from Montreal who writes the kinds of songs that embody this lovely dissonance. On his newest album Whatever Reason, he gives us the noise we need to express those feelings of sadness and boredom so beautifully. Throughout the album’s eleven tracks, Hansford plays with lines of twinkling guitar, matched with interesting ambient synth samples and low fi production effects.
■■■         The record is difficult to place in terms of its sonics. In one vein, you could say it’s shoegaze or dream pop. In another, it’s folk and in another it’s practically emo. When Hansford plays with reverb he brings it down by distorting and transforming his own vocals. When he adds a synth line his guitar becomes pure acoustic fingerpicking. Whatever Reason really gets how you feel on a level that you’re not even aware exists. This record is late night music. It’s the CD you always have in your car that you always end up listening to after a long, shitty day. It’s a weird but wonderful combination of tracks that pull noises together that make you feel some kind of way. (SOPHIE KEMP)
Location: Montréal, Québec, Canada
Genre: Gloom pop, Alternative Singer~Songwriter, Indie, Lo~Fi, Dream Pop
Album release: April 20, 2017
Record Label: Broken World Media
Duration:     36:24
Tracks:
01. Critter     1:14
02. Glass     5:26
03. Marrow     3:47
04. Other Hunter     2:59
05. High Polar     3:49
06. Nostalgia     1:26
07. Dark Michael     4:19
08. Pitch Black Apathy     4:14
09. Sweety     3:42
10. Cloth     2:31
11. Tragic Trix     2:53
Credits:
■   Written, recorded, and produced by Michael Charles Hansford
■   Mastered by Zach Weeks
■   Recorded in a basement in London, Ontario throughout 2016
■   This album is dedicated to friend, brother and teacher Dave Steffler
■   “Cloth” recorded in Montreal in september 2016
■   Additional vocals on ‘tragic trix’ by Emily Hathaway
■   Cover painting by Anastasia Cass
Short review
By Paul Bridgewater / 14 APRIL 2017, 13:15 BST
•■•     The sound of Canada’s ​Molly Drag resonates with a relatable emotional weight, picking up where bands Bright Eyes left off but with a sense of self and sonics that come together in beautiful symbiosis.
•   Hansford mostly lived with his mother and grandmother in his teenage years, he tells me: “I was influenced by immense femininity and learned to be nurturing. My mother and grandmother taught me so much.”
•   With just one USB microphone, GarageBand and Audacity, Whatever Reason was recorded throughout last year at Hansford’s old house in London, Ontario — a building known as “Heavens Gate”. Decamping there after recovering from a 20~foot fall following a show at Shea Stadium in Brooklyn, he also turned it into a venue, putting on shows for the likes of Chastity, Vundabar and Island of Misfit Toys. For half of each day Hansford recorded — putting every instrument down himself. ​“I was trying to focus less on adding so many layers like my previous records but more towards creating a simple song, with every track,” he says.
•   He calls Whatever Reason his first concept record. “Having everything you adore so close to you, but you’re caught in a straight jacket of figuring yourself out first,” he says. “Personally, I’ve dealt with suicidal thoughts and body dysmorphia for many years now, this album have a lot to do about these, but I talk about them as dreams.”
•   “I want to stress that I am not romanticizing these concepts, but simply putting them into my own personal catharsis.” (excerpt)
•   https://www.thelineofbestfit.com/
Review
Mark Anthony Brennan,  May 3, 2017 / Score: ****½
Ξ•Ξ    Last year’s ‘Tethered Rendering’ was a big favourite around here. So, was it a fluke? Molly Drag (aka Michael Charles Hansford) responds with ‘Whatever Reason’, and the answer is a resounding “Heck, no!”  If anything, the songs here are more precious and endearing than ever.
Ξ•Ξ    Central to Hansford charm is his engaging voice. Usually his singing voice is hushed, drawing you in and making the experience quite intimate. And so it should be as Hansford bares his soul on such songs as “Pitch Black Apathy”, where he admits, “that all the things I hate about myself are true/I always push away the ones I love/I don’t deserve forgiveness”. Of course, Hansford doesn’t need to be forgiven, he’s just being human like all the rest of us. He speaks to all of us — one on one — about those things that we tend to think about but can’t quite articulate. Not the way Hansford does.
Ξ•Ξ    His voice has a vulnerability to it, and sometimes even sounds childlike, making us trust him with even the most delicate of subjects. But this intimacy is not his only weapon. Aside from gorgeous dreampop, Molly Drag’s music leans towards the experimental (if not quite avant~garde). Conversations drift in the background throughout “Glass”, backward~playing music pops up in several spots, and there’s a general wonkiness to a lot of the music that fades in and out. In “Nostalgia” the entire song sounds unconventional, with its oddly reverberating guitars and the atonality of the near~spoken words. It’s this penchant for the strange that knocks ‘Whatever Reason’ out of the park.
Ξ•Ξ    Of course, Hansford doesn’t own the whole genre of slowcore dreamgaze, but listening to ‘Whatever Reason’ you’d be convinced he does. As you listen him, in that precise moment, no one does it better.  Ξ•Ξ    http://ridethetempo.com/
Bandcamp: https://mollydrag.bandcamp.com/album/whatever-reason
Twitter: https://twitter.com/mollydrag
Facebook: https://www.facebook.com/mollydrag/