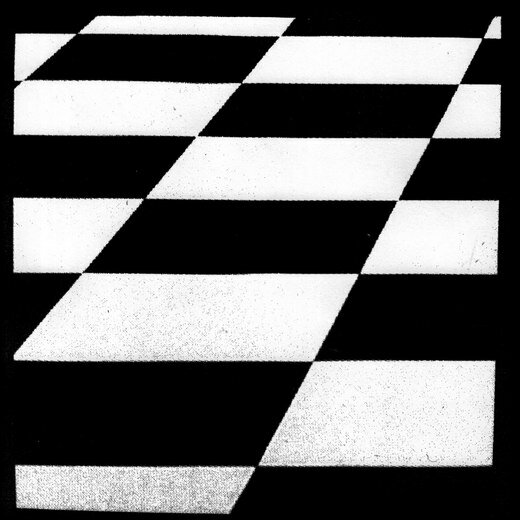 Ξ   D.I.Y. synth pop with a gloomy, but keenly melodic, nature.
Born: December 14, 1984, Estocolmo, Sweden
Location: Berlin, Germany
Album release: May 26, 2017
Record Label: Night School / Dark Skies Association
Duration:
Tracks:
01 Tender Surrender     3:58
02 Let’s Talk About Privileges     4:04
03 Mona~Lisa’s Smile     3:10
04 Memory Foam     3:45
05 American Express     4:35
06 Money Never Dreams     3:10
07 Not Today Satan     4:23
08 Think Pink     3:22
09 Modern World     2:47
10 Inner Cities     3:59
11 Theory of Life     3:43
12 After Life     3:34
About:
Ξ      That we live in a world changed is beyond question. Since 2015’s Zenith, Berlin~based songwriter Molly Nilsson has surrendered to the world, traveling from Mexico to Glasgow, observing the changing socio~political landscape and imagining a better world. For an artist who has so successfully created her own environment and gradually let others in, her 8th studio album Imaginations sees Nilsson directly engaging with her surroundings, engendering change and allowing love in. Imaginations dreams big, recasting storming, stadium~sized pop into the internal language of the solo auteur. Imaginations is not escapism, it’s a kaleidoscope and an alternative view, an agent of change.
Ξ      Opener Tender Surrender encapsulates Imaginations, a tango on the ruins of the past, like many of Nilsson’s best songs a collision between the political and personal. Though potentially a love song, there’s a glowing anger in the lines “I want your ruin, I want destruction, I won’t be through until we mend this…” this is rapturous transformation, order and chaos. Molly has built an almost 10 year career on perfectly summing up how we feel and this is no different… Who else could write a song about privilege (Let’s Talk About Privileges) and make a heart~rending chorus of “It’s never being afraid of the police, it’s expecting every thank you, every please.” The artist’s vision on this album is perhaps more forceful than the emotionally fragile moments of previous album Zenith, at times exemplified on songs like Memory Foam, a bright, driving pop song that belies themes of nostalgia and the past, reminding us that Molly alone can make us feel so welcome in loneliness. If there’s overt anger in songs like Money Never Sleeps, an anthem for a post~capitalist utopia if ever there was one, there’s also seams of optimism sewn into the album’s genetic code. Any revolutionary will tell you that anger alone achieves nothing ~ Nilsson’s mission on Imaginations is to offer some alternatives we can hold close. Not Today Satan is a song about accepting love as the agent of change; “Don’t be sad, but do get mad at all the small men who act so tall, in the end they always fall; there ain’t no sin in giving in to love, that’s just how we’re winning the fight.” Love can be visceral, a weapon with which to fight the power.
Ξ      On Imaginations Molly is recasting her interior monologue as a prism through which to see the world, a means to live differently and to reject the status quo. We can Think Pink, change our destiny together. This is an optimism about the future when we need it the most. “New boys, new girls.. give me your smile and I’ll give you mine” Clearly, we are living through a transformation but with alchemists like Molly Nilsson, we’re never alone in the process.
AllMusic Review by Tim Sendra;  Score: ***½
Ξ      With her 2015 album Zenith, Molly Nilsson began the process of opening up her homemade synth pop style to make it sound bigger and more expansive, like she was singing for the world, not just herself and a small batch of devotees. Unlike many who take a similar step, she managed to keep the things (smart melodies, her world view, and voice) that made her good intact instead of losing them in the rush to expand. Imaginations is the second step in the process and it’s just as steady as the first one. The music is basically Zenith in slightly nicer clothing, with brighter synths, more deluxe~sounding drum machines, and an overall vibe that’s just a bit more wide screen. The lyrics have a more worldly feel and seem to take into account the things she saw and experienced on a very long tour that took her all over the globe. She sings of love and adventure in ever more confident tones, her deep voice becoming more expressive with each record. The melodies, too, are very evocative and rich, with lush instrumentation that nods to the traditions of synth pop without being bound by a need to stick to them.
Ξ      Some may miss the lo~fi, kind of cheesy sound of her first recordings, but fans of lush and emotionally rich synth pop will find Imaginations very pleasing. Nilsson has found the sweet spot between intensely personal music and universally understood pop; hopefully, she will stay there and keep making albums this good for a while.
Label: http://nightschoolrecords.com/
Interview
Text by Nils Schröder
Photos by Dominik Geiger
The Embracing Intimacy of Molly Nilsson
Music. 22.05.2016
Ξ      http://www.pw-magazine.com/2016/the-universal-intimacy-of-molly-nilsson/
Discography:
Ξ      These Things Take Time (2008)
Ξ      Europa (2009)
Ξ      Follow the Light (2010)
Ξ      History (2011)
Ξ      The Travels (2013)
Ξ      Zenith (2015)
Ξ      Imaginations (2017)
℗ΞΞΞΞΞΞ℗ΞΞΞΞΞΞ℗ΞΞΞΞΞΞ℗ΞΞΞΞΞΞ℗ΞΞΞΞΞΞ℗ΞΞΞΞΞΞ℗ΞΞΞΞΞΞ℗ΞΞΞΞΞΞ℗