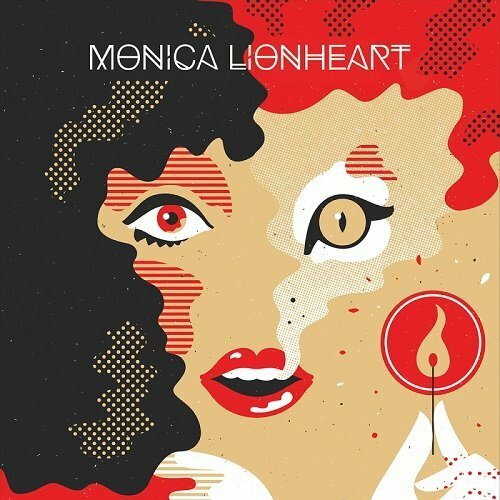 ♣   “Singer–songwriter–multi–instrumentalist Monica Lionheart layers her frosty voice over wafty electropop in a manner that suggests dry ice — and lots of it — plus St. Vincent, and early Cure records interpreted by a tropicalia singer. It’s gorgeous stuff.”
♣   Produced by Steve Wall (Pearl and the Beard) with Dan Molad (of Lucius) and Ryan Alfred (of Calexico)
Something’s the matter, you’re in a spell
I don’t understand and baby you won’t tell
Who can save you from this hell
When daddy’s money ain’t doin’ well

© ML Press, Photo Shan DuVault
Biography:
♠   Electronic folk–pop singer–songwriter, Monica Lionheart, releases her new single, “Run,” from her upcoming second solo album, Missed Connections. This album is the follow up to Lionheart’s successful Spanish/English album, Indian Summer, released on the Latin Alternative label, Nacional Records in 2012. PopMatters calls Indian Summer, “a compelling debut, one worthy of revisiting time and again.”
♠   Produced by with producers, Dan Molad (of Lucius) and Ryan Alfred (of Calexico), Missed Connections is set to release in early 2016. After graduating from the Berklee College of Music and New York University on scholarships, Lionheart was the frontwoman for a number of successful bands before going solo. As the lead singer and principal songwriter of the explosive NYC electro–rock band, Zigmat, Lionheart was praised for her vocal agility by Billboard, who called her “the band’s secret weapon.” ♠   With Lionheart at the helm, Zigmat landed the band licensing deals, including a national commercial starring Gisele Bundchen, and toured much of Europe, garnering features on national Spanish radio as well as in Vanity Fair and Blender. Following Zigmat, Lionheart later joined the band, Pacha Massive, on Nacional Records who toured frequently, sharing the stage with artists like Morcheeba, Taio Cruz, Ozomatli, Café Tacvba, Los Amigos Invisibles among many others.
♠   Being a solo artist since 2011, Lionheart continues to receive accolades for her music. Music videos for tracks from the Indian Summer album went into MTV and VH1’s rotations and received features in Latina Magazine, Remezcla and Billboard Magazine. One of Indian Summer‍ ’​s two Spanish tracks, “Relampago” was used in an episode of the HBO Latino series, Capadocia. Be sure to check out the new single, “Run” by Monica Lionheart, from her upcoming album, Missed Connections, out in early 2016!

PRESS:
♠   “Escape Strategy”,  totally lives up to its name; it will transport you to a bright summertime place with bewitching keyboard lines and seductively synthesized vocals. She stands in cool contrast to the warmth exuded by Brooklyn’s landscapes.” — Remezcla Magazine
♠   “Singer–songwriter Monica Lionheart layers her frosty voice over wafts of electronica and strings in a manner that suggests dry ice — and lots of it — plus Sigur Rós, and early Cure records interpreted by a tropicalia singer. It’s gorgeous stuff, in other words.” — Time Out Magazine
♠   “A producer, DJ, songwriter and multi–instrumentalist, Lionheart also uses her airy vocals to sublimely angelic effect on songs such as the dreamy, string–enhanced “Let Go” — with cellist Yoed Nir (Regina Spektor, Rufus Wainwright) — and beat–driven “Rocks to Ankles”, a track that takes a while to hit its subtle melodic groove but eventually delivers a perfectly crafted chorus hook on top of some stately piano chords.” — Direct Current Music
♠   “Strings, slight vocal effects, and piano chords wrap Indian Summer into a mesmerizing album that seduces the ear into a deep and soothing nostalgia.” — Al Borde
♠   “Indian Summer is a compelling debut, one worthy of revisiting time and again” — Pop Matters
♠   “Get familiar with the singer with the gorgeous locks and vivid storytelling.” — Latina Magazine