Morning Parade — Morning Parade
Location: Harlow, Essex, England
Album release: March 5th, 2012
Record Label: Parlophone / Astralwerks
Runtime:    44:51
Tracklist:
01. Blue Winter    4:40
02. Headlights    3:28
03. Carousel    3:50
04. Running Down The Aisle    4:51
05. Us & Ourselves    3:43
06. Under The Stars    4:14
07. Close To Your Heart    3:46
08. Half Litre Bottle    2:46
09. Monday Morning    3:40
10. Speechless    3:53
11. Born Alone    5:43
≡  Debut Album & In-Store - Monday 5th March Banquet Records, Kingston, following the release of singles "Under The Stars", "A&E" and "Us And Ourselves". It was recorded at 13 Studios, owned by Blur and Gorillaz frontman Damon Albarn, and in collaboration with producer Jason Cox
On 8 December 2011, Morning Parade played the album in full at London's Camden Barfly to a small group of fans. On 6 February the following year, a month before its physical release, the album was made available on Spotify.
Editorial Reviews:
≡  Morning Parade s music has been synched on The CW s The Vampire Diaries and for HBO promo spots. The band have also partnered with Burberry and Coca Cola in the UK. Album was recorded with acclaimed producer David Kosten (Bat for Lashes, Everything Everything).
Website: http://www.morningparade.com/
MySpace: http://www.myspace.com/morningparade
Facebook: http://www.facebook.com/morningparade?v=wall&viewas=0
Twitter: http://www.twitter.com/morningparade
YouTube: http://www.youtube.com/morningparade
Press contact: Press PR | Radio | Online PR -
Reservé agent: Live Agent| |
Band:
• Steve Sparrow (lead vocals and guitar)
• Phil Titus (bass)
• Chad Thomas (guitar)
• Ben Giddings (piano/synths)
• Andrew Hayes (drums)
Early days and formation:
≡  Steve Sparrow and Phil Titus met at school and later worked together as labourers. They met Chad Thomas at college and all three became part of a band called Anotherstory., who all met at college between 2000 and 2004. Sparrow was the lead vocalist and also played the piano and guitar, Titus was the bassist and backing vocalist and Thomas played the guitar and piano. The other two members were Mike Pope, who played guitar, and Charles Gadsdon the drummer. Gadsdon now owns management firm QE, looking after acts including Feldberg, Mammut, Carlis, Keith Canisius and David Harks. Anotherstory played experimental and alternative rock, inspired by artists such as Elbow, Radiohead and The Stills. Their first single was "Traffic", prior to their break-up in 2007.
≡  After the split, Sparrow toured the local scene of Harlow and Bishop's Stortford. Footage of him playing acoustic versions of his songs from this period are still available on YouTube. During this time, he met Andy Hayes and Ben Giddings, who became the final two members of Morning Parade that same year. They had all previously been in other bands and started out away from the public eye, instead focusing on songwriting. When they did eventually start playing gigs, it took fewer than 20 before they were approached by a record label. The band ignored these early approaches, but eventually signed to Parlophone, a major British label which looks after acts such as Coldplay and Kylie Minogue, in May 2010.
≡  Their name stems from the days when Titus was working as a plasterer and Sparrow was his labourer. It used to require early mornings and travelling to get to their various jobs. They referred to this as doing the 'morning parade'. They also say the name refers to the transition period between night and day.
Interview: http://www.leftlion.co.uk/articles.cfm/title/morning-parade/id/3392

Taken by Fred Bambridge on 25th July 2010 at Hitchin Priory 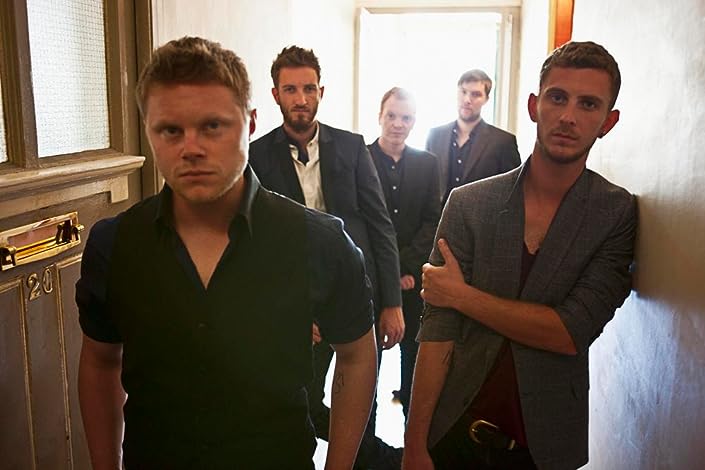 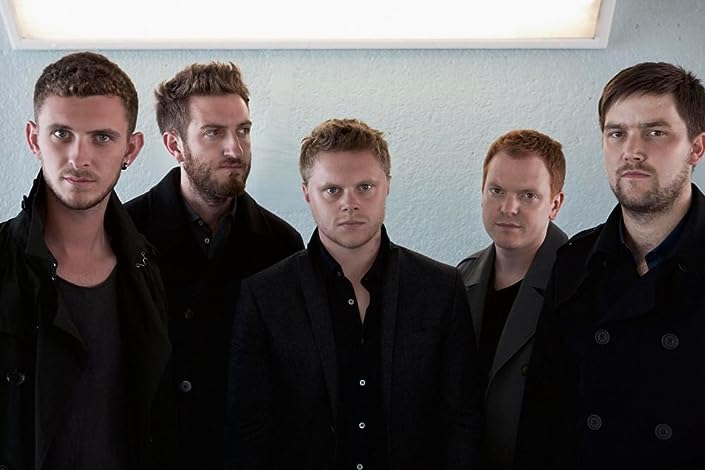