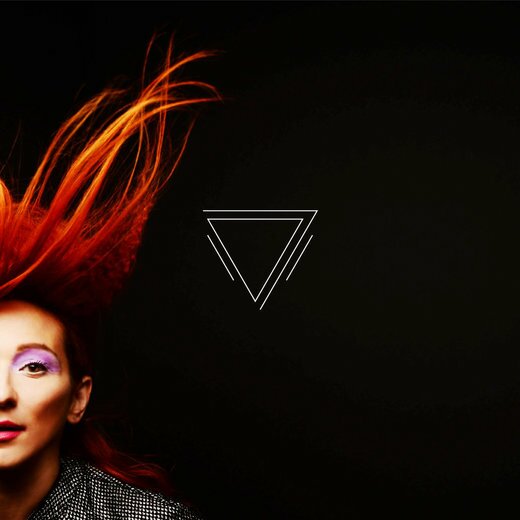 •         Musical firebrand Shara Nova (formerly Shara Worden) has continued to weave her own way through pop, experimental and classical worlds, this time landing squarely on the dance floor with co~producer The Twilite Tone and long~time collaborator Earl Harvin. The Champagne EP is just a taste of the fierce fighter’s spirit of Nova’s next full length record, A Million And One, coming Summer 2018
Location: New York, NY ~ Detroit, Michigan
Album release: Apr 27, 2018
Record Label: Zosima
Duration:     20:00
Tracks:
1 Champagne      3:26
2 A Million Pearls      3:05
3 Champagne — Monty Luke Update      6:59
4 Champagne FR     3:27
5 Champagne — Valley Hush Remix      3:32
℗ 2018 Zosima
Credits:
•         Producer, composer, voice, synths — Shara Nova
•         Co~Producer — The Twilite Tone
•         Drums — Earl Harvin
•         Synthesizers — Thomas Bartlett
•         Synthesizers — Vincent Taurelle
•         Mixing — Andrew Scheps
•         Mastering — Helge Sten at Audio Virus Lab
About My Brightest Diamond
•◊•     Mixing elements of opera, cabaret, chamber music, and rock, My Brightest Diamond was the project of singer~songwriter/multi~instrumentalist Shara Worden. The daughter of a National Accordion Championship~winning father and a mother who was an organist for their Pentecostal church, Worden grew up in Ypsilanti, Michigan, listening to gospel, jazz, and classical music and performing in the church choir. She studied opera at the University of North Texas’ music program, and after graduation, moved to New York City to continue her vocal studies. In N.Y.C., she became as involved in the world of underground rock as she was in the realms of classical music, becoming inspired by the likes of Antony and the Johnsons and Nina Nastasia and their intimate performances at venues such as Tonic, the Living Room, and the Knitting Factory. Worden began writing her own material, which had one foot in her classical training and the other in the avant rock she was discovering.
•◊•     She began performing and recording as Awry, gathering a supporting group of musicians playing everything from wine glasses to wind chimes, and eventually added a string quartet after studying and collaborating with Australian composer Padma Newsome. She released The Orange Album and Quiet B~Sides in 2001, and a remix album in 2003. After meeting fellow transplanted Michiganian Sufjan Stevens, she became one of his Illinoisemakers and took a hiatus from her own work to perform on his Illinois tour as cheerleading captain. When the tour was over, Worden renamed her project My Brightest Diamond and set to work on two albums: A Thousand Shark’s Teeth, a collection of songs performed with a string quartet, and Bring Me the Workhorse, a more rock~oriented set that was released on Stevens’ Asthmatic Kitty in summer 2006. My Brightest Diamond toured with Stevens that fall in support of the album. Early the following year, the remix album Tear It Down, which featured contributions from Lusine and Gold Chains, arrived. My Brightest Diamond’s second album, 2008’s A Thousand Shark’s Teeth, was originally planned as a piece for a string quartet, but eventually included 20 players and drew on influences such as the works of Maurice Ravel and Tom Waits. Returning to her Detroit roots, My Brightest Diamond took inspiration from the Motor City’s ups and downs for All Things Will Unwind. The album, released in fall 2011, featured songs composed for the acclaimed yMusic chamber ensemble. Worden resurfaced in July 2014 with the None More Than You EP, a precursor to that fall’s full~length This Is My Hand, which boasted influences ranging from Top 40 pop hits to her experiences appearing in experimental director Matthew Barney’s film The River of Fundament.~ Heather Phares
Bio:
•◊•     Not many people can front a rock band, sing Górecki’s Third Symphony, lead a marching band processional down the streets of the Sundance film festival and perform in a baroque opera of their own composing all in a month’s time. But Shara Nova can.
•◊•     Her multi faceted career as My Brightest Diamond, which began with an acclaimed independent rock record, has reflected her journey into the world of performing arts.  Since her debut, Shara Nova has released three subsequent studio albums as My Brightest Diamond: A Thousand Shark’s Teeth, All Things Will Unwind and This Is My Hand. Her repertoire has displayed mastery of composition and deep exploration into electronic, chamber and art pop.
•◊•     Born in diamond rich Arkansas and then raised all around the country, Nova came from a musical family of traveling evangelists. She went on to study operatic voice and then classical composition after a move to New York City. Shara began issuing recordings as My Brightest Diamond in 2006, following a protean period in the band AwRY, and joined Sufjan Stevens’ Illinoisemakers live ensemble. Asthmatic Kitty Records released her debut album, Bring Me The Workhorse in 2006, A Thousand Sharks’ Teeth in 2008, All Things Will Unwind in 2011, which featured songs written for the chamber ensemble yMusic, and This is My Hand in 2014.
•◊•     In between MBD, well known fans became creative colleagues, and collaborative projects amassed. Highlights include singing in Laurie Anderson’s 2008 show “Homeland,” delivering guest vocals on The Decemberists’ 2009 Hazards of Love album and subsequently joining them on tour, performing in Bryce and Aaron Dessner’s multimedia presentation “The Long Count,” singing and recording for Pulitzer Prize winning composer David Lang and singing in Sarah Kirkland Snider’s “Penelope” and “Unremembered.” Shara has also worked with David Byrne (on his concept musical “Here Lies Love”), Fat Boy Slim, Bon Iver and The Blind Boys of Alabama. She recently finished her next album with producer The Twilite Tone, due for release in 2018.
Website: http://www.mybrightestdiamond.com/
Twitter: https://twitter.com/MyBrightestDmnd
Facebook: https://www.facebook.com/mybrightestdiamond
Instagram: https://www.instagram.com/mybrightestdiamond/
˜˜˜˜˜˜˜˜˜˜˜˜˜˜˜˜˜˜˜˜˜˜˜˜˜˜˜˜˜˜˜˜˜˜˜˜˜˜˜˜˜˜˜˜˜˜˜˜˜˜˜˜˜˜˜˜˜˜˜˜˜˜˜˜˜˜˜˜˜˜˜