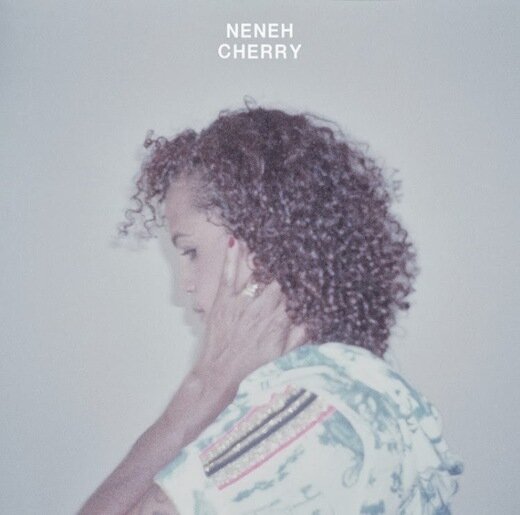 ••≈  First album of solo music in 18 years. It was recorded and mixed over a 5-day period. It was produced by Four Tet and features a guest appearance by Robyn. It is a departure from her previous work, consisting of a more sparse sound, with loose drums and a few synthesizers as the only accompaniment to her voice. To promote the album, she announced a European tour for February and March 2014.
Birth name: Neneh Mariann Karlsson
Born: 10 March 1964 in Stockholm, Sweden
Location: Stockholm, Sweden ~ Pudsey, West Yorkshire, England ~ Long Island City, New York City, United States ~ London, England
Genre: Electronic, Hip Hop, Trip Hop, Alternative
Album release: February 24th, 2014
Record Label: Smalltown Supersound
Duration:     49:28
Tracks:
01. Across the Water     3:30
02. Blank Project   4:06
03. Naked     3:58
04. Spit Three Times     4:20
05. Weightless     5:48
06. Cynical     4:12
07. 422     5:22
08. Out of the Black (feat. Robyn)     5:17
09. Dossier     5:13
10. Everything     7:22
11. Out of the Black (feat. Robyn)     7:40
℗ 2013 Smalltown Supersound
Producer: Four Tet
Description:
••≈  Last fall, Neneh Cherry made an exciting announcement — she was returning with her first album of solo material in more than 16 years. A collaboration with RocketNumberNine, and produced by Four Tet, the ten–track album, titled Blank Project, was recorded and mixed in five days. Today, Neneh reveals the lead single, “Out of the Black” featuring kindred spirit Robyn.
••≈  “Out of the Black” features Neneh and Robyn harmonizing together and throwing lines back and forth. Production by Four Tet and minimal synth and drum work by RocketNumberNine underpin the sweet vocal work of the two iconic Swedish artists. Before now, the two have been vocal about inspiring each other, with Robyn covering Neneh’s songs in her live shows. One need only check the history of Neneh putting a subversive foot forward and letting popular music catch up. Growing up around father Don Cherry’s friends Miles Davis and Allen Ginsburg, she launched her solo career with a Falkland’s protest song called “Stop The War.” In the early 80s, she was in the pioneering multi-ethnic, anarchic, post–punk group, Rip Rig + Panic; she brought hip–hop culture to a British audience with “Buffalo Stance” (redefining cool by performing pregnant on “Top of the Pops”) and had the first global hit to feature the Senegalese language, Wolof, “7 Seconds.” With “Out of the Black” featuring Robyn and a remix by dance floor maven Joe Goddard (Hot Chip, 2Bears) still to come, Neneh is emerging out of the black with another vital blast of buzzing cold music.
Fortaken: (http://www.smalltownsupersound.com/) 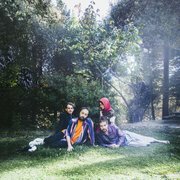