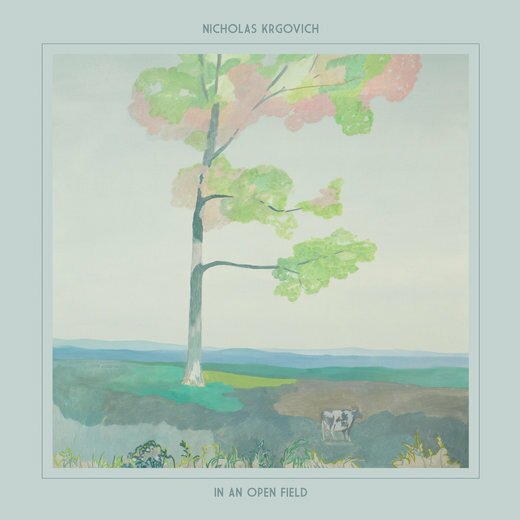 ■★♠             Prolific Canadian singer~songwriter. Nicholas Krgovich is a songwriter and multi~instrumentalist best known for his work with No Kids, Gigi and P:ano. He has been releasing records under various monikers since P:ano’s acclaimed chamber pop debut, WHEN IT’S DARK AND IT’S SUMMER (2002). This led to his recordings with the girl group inspired Gigi, the icy displacement of the R&B informed No Kids, and most recently the singular pop dreams released under his own name. Even though the material is often wildly diverse, there is an unmistakable sense of Krgovich’s deep commitment to exploring the endless possibilities of pop, his discerning ear for sonic detail, and an ambition that willfully borders on the absurd.
■★♠             With songs that owe as much to the Great American Songbook as to perennial favorites like Sade, Prefab Sprout and The Blue Nile, Krgovich has been creating a rich musical universe comprised of intricate vocal melodies, lush orchestral arrangements, layers of analog synths, slinky guitars and tight rhythms of the human (and inhuman) variety. He has toured extensively throughout North America, Europe and Asia with his various projects, and has collaborated with artists such as Mount Eerie, Nite Jewel and Amber Coffman of Dirty Projectors. In between recording and touring he has participated in a residency at the Banff Centre for the Arts, written a one~act musical for Vancouver’s Push Festival, contributed songs to myriad film and television productions, and taken his dog, Sally, on countless walks around the neighborhood.

Location: Vancouver, British Columbia, Canada
Genre: Indie Pop
Album release: Dec. 1st, 2017
Record Label: Tin Angel Records/NK World Service
Duration:     44:39
Tracks:
01. Parade     4:17
02. Country Boy     3:14
03. Do It Again     3:49
04. Blue Wave     3:19
05. A List     3:30
06. The World Tonight     3:30
07. Sad Am I, Glad Am I     3:23
08. A Day In October     3:49
09. I Don’t Know     4:04
10. Now     3:57
11. On The Main Drag     3:24
12. My Riverboat     4:23
Personnel:
■     Nicholas Krgovich — Singing, keys, drum programming
■     Matthew Rheeston — Drum kit, percussion
■     Joe Carvell — Bass, Double Bass, 12~String Acoustic
■     Mason Lelong — Electric Guitar
■     Andy Whitehead — Electric guitar on I Don’t Know & On the Main Drag
■     Peter Zummo — Trombone, percussion, singing
■     Joe Santa Maria — Saxophone
■     Andrew Lessman — Percussion
■     Mariko Molander — Violin
■     Chris Cummings — Lowrey organ, Roland SR~09
■     Carolyn Pennypacker Riggs — Singing
■     Angel Deradoorian — Singing
■     Nedelle Torrisi — Singing
■     Mokoy Izeidi — Singing on A List
■     Nyota Izeidi — Singing on A List
■     BJ Cole — Pedal Steel
■     Chris Cohen — Singing
■     Ramona Gonzales — Singing
■     Ryan Peters — Percussion
Credits:
★♠■      All songs written and produced by Nicholas Krgovich (SOCAN 2017)
★♠■      Mixed by John Collins Mastered by Joao CarvalhoRecorded between October 2012 and May 2016 in Coventry, UK, Gabriola Island, BC, Vancouver, BC and Los Angeles, CAThe Coventry recordings were engineered by Martyn Hall, Liam Hicks and Ed Hull.
★♠■      Published by Shopping Music Painting by Jake Longstreth
★♠■      Layout & Design by Jan Lankisch
Description:
■★♠      This record could just as easily be called “In A Sunny South Pasadena Living Room” or “In A Tin~Roofed Hut On A Remote Island In Winter”, the settings where cult acclaimed songwriter Nicholas Krgovich wrote the elegant new album “In An Open Field”. It is the result of Krgovich emptying out his life and committing to songwriting as a daily practice; sip coffee, make toast, sit at the piano and just hoping that the clock hands spin and at the end of the day there’s a new demo to listen to while making dinner and settling down to quiet evenings of re~runs and the occasional whiskey.
■★♠      “I was interested in exhausting all of my tricks,” he says of his most lived~in and clear record to date, “just write and write and write to see if I could get to the bottom of something. But I don’t think that’s how things work. The bottom just keeps opening up and there’s always some more murk floating down there.” He continues “In the end I wasn’t hoping to master anything, or put the top on the pyramid. I just wanted to make stuff and flow and see what happens.”
■★♠      After filling up boxes with songs and sketches, “In An Open Field” was born. Tracked with a “live” band in Coventry, UK, consisting of Mason Le Long, Joe Carvell and Matthew Rheeston overdubbed in Los Angeles, CA and Vancouver, BC, the record flows with a sophisticated, assured grace that in Steely Dan~like fashion belies the listless melancholy and knottiness found throughout the lyric sheet. Krgovich expresses the anxiety of the age in a way that is somehow both brutal and gentle. People have their phones and the internet, if there is a moment, they go to a screen and it is a constant turning away from not knowing, turning away from a lack of meaning and getting comfortable in moving through the world with no reference, no anchor point beyond the thin veneer of culture.
■★♠      This record came from Krgovich looking at the thing he was doing, while he was doing it, and openheartedly going “Why? What’s the point? What is the elusive thing I’m searching for? If I write a great song, so what? What is my music directed at? An audience? Myself? And if an audience hears this and loves me for it, then what?”. “In An Open Field” is a “dropping of the phone” and explores a widespread existential crisis within a personal frame in a way that is raw and direct but with a lightness and sensitivity to the uncomfortable human condition it’s addressing. Luckily, this is all wrapped up in irresistible melodies, airtight songwriting, beautifully nuanced arrangements, and buoyant performances from musicians like trombonist Peter Zummo (Arthur Russell’s frequent collaborator), legendary pedal steel player B.J. Cole, Angel Deradoorian, and psych~pop wiz Chris Cohen.
■★♠      From the feather~light saxophone harmonies on “Country Boy” to the gorgeously floaty first single “My Riverboat” the record is the finest work yet of a man who has built a formidable discography over the last fifteen years with groups No Kids, P:ano & Gigi, and collaborations with Amber Coffman (ex~Dirty Projectors), Mount Eerie and Nite Jewel (who also guests on the record). There is much to delight and turn over on “In An Open Field”, a gentle adventure from a master of sophisticated pop bliss. Get into it. a gentle adventure from a master of sophisticated pop bliss. Get into it.
Review
Damien Morris, Sun 26 Nov 2017 08.00 GMT / Score: ***
Nicholas Krgovich: In an Open Field review — slightly airless brilliance.
■★♠      Sincerity can be difficult to fake and impossible to authenticate. Nicholas Krgovich, a Canadian indie veteran who makes crafted 60s pop, seems genuine enough, but there’s something of the hotel lobby’s dead air in his music, despite the son~of~the~soil lyrics. His breathy singing is equal parts Jens Lekman, Saint Etienne and Vic Reeves’s club singer, which undermines the teenage existentialism of On the Main Drag but suits the wide~eyed simplicity of Country Boy (“eating plums in autumn”, he coos, “that’ve fallen on the ground”). Nevertheless, Krgovich’s meticulous, subtle production is frequently brilliant, especially on Sad Am I’s pillow~fight beats or the multitrack vocals of The World Tonight.
■★♠      https://www.theguardian.com/
Also:
Alex Robert Ross, Nov 29 2017, 5:49pm
■★♠    The Canadian artist's latest solo LP is a languid piece of R&B pop, drifting towards Prefab Sprout and Steely Dan. And then you put it on for a second listen.
■★♠    https://noisey.vice.com/en_us/article/3kp8d8/nicholas-krgovichs-in-an-open-field-is-very-chill-and-kinda-scary
■★♠      https://www.theguardian.com/
Label: https://www.tinangelrecords.co.uk/ / Chris Cummings: http://chriscummings.ca/
Twitter: https://twitter.com/NKrgovich // BJ Cole: http://www.bjcole.co.uk/
Bandcamp: https://nicholaskrgovich.bandcamp.com/album/in-an-open-field-2
Facebook: https://www.facebook.com/NicholasKrgovich
Soundcloud: https://soundcloud.com/nicholas_krgovich 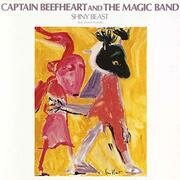