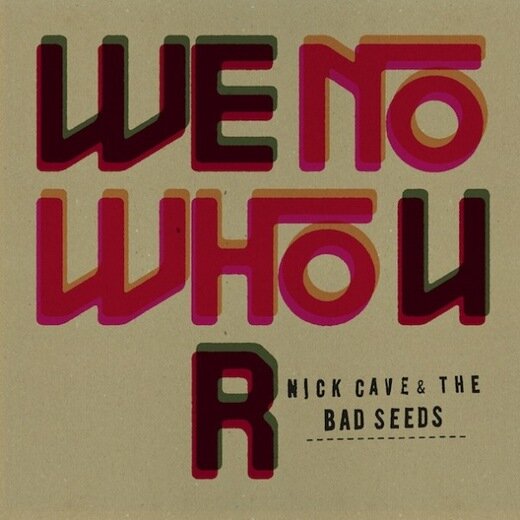 Nick Cave and the Bad Seeds
Origin: Melbourne, Victoria, Australia
Formed: in London, United Kingdom in 1983.
Website: http://www.nickcave.com/
MySpace: http://www.myspace.com/nickcaveandthebadseeds
Nick Cave
Born: 22 September 1957, Warracknabeal, Victoria, Australia
Occupations: Singer-songwriter, multi-instrumentalist, writer, actor, composer
Instruments: Guitar, piano, keyboards, vocals
Location: Brighton and Hove, England
Personal life:
¶   Cave dated Anita Lane from the late 1970s to mid 1980s. She had an undeniably strong influence upon Cave and his work, often cited as his "muse". Despite this, Cave and Lane recorded together on only a few occasions. Their most notable collaborations include Lane's 'cameo' verse on Cave's Bob Dylan cover "Death Is Not The End" from the album Murder Ballads, and a cover of the Serge Gainsbourg/Jane Birkin song "Je t'aime, moi non plus/ I love you, nor do I". Lane co-wrote the lyrics to the title track for Cave's 1984 LP, From Her to Eternity, as well as the lyrics of the song "Stranger Than Kindness" from Your Funeral, My Trial. Cave, Lydia Lunch and Lane wrote a comic book together, entitled AS-FIX-E-8, in the style of the old "Pussy Galore"/Russ Meyer movies.
¶   After completing his debut novel And the Ass Saw the Angel, Cave left West Berlin shortly before the fall of the Berlin Wall and moved to São Paulo, Brazil, where he met Brazilian journalist Viviane Carneiro. The two have a son, Luke (born 10 May 1991), but never married. Cave's son Jethro (born in 1991) grew up with his mother, Beau Lazenby, in Melbourne, Australia and has a career in modelling; they did not meet until he was about seven or eight.
¶   Cave briefly dated PJ Harvey during the mid 1990s. The love affair and their break-up inspired him to write the album The Boatman's Call.
¶   He met British model Susie Bick in 1997. A cover star of the Damned's 1985 album Phantasmagoria and a Vivienne Westwood model, she gave up her job when they married in summer 1999. They have twin sons, Arthur and Earl (born in 2000). Cave and Bick lived for some time on a houseboat near Hove. They currently live in Brighton and Hove, England.
¶   Cave performed "Into My Arms" at the televised funeral of Michael Hutchence, but refused to play in front of the cameras. Cave is godfather of Hutchence's only child, Heavenly Hiraani Tiger Lily.
¶   In the past, Cave identified as a Christian. In his recorded lectures on music and songwriting, he has claimed that any true love song is a song for God and has ascribed the mellowing of his music to a shift in focus from the Old to the New Testaments. He does not belong to a particular denomination and has distanced himself from "religion as being an American thing, in which the name of God has been hijacked". He said in a recent Los Angeles Times article: "I'm not religious, and I'm not a Christian, but I do reserve the right to believe in the possibility of a god. It's kind of defending the indefensible, though; I'm critical of what religions are becoming, the more destructive they're becoming. But I think as an artist, particularly, it's a necessary part of what I do, that there is some divine element going on within my songs".
¶   In a 2008 interview with Beat Magazine, Cave expressed a desire to return to the original pronunciation of his name - Ka-VAY.
--------------------------------------------------------------------
¶   Hardback book bound in linen with 32 stitched-in pages, containing beautifully reproduced hand typed lyrics & band imagery.
¶   Includes album CD plus DVD featuring two bonus tracks with specially created visuals by artists Iain Forysth & Jane Pollard.
¶   Digital download of track We No Who U R, delivered to your 'My Account' area instantly upon purchase.
Released: Monday 18 February 2013
CD
1 We No Who U R
2 Wide Lovely Eyes
3 Water's Edge
4 Jubilee Street
5 Mermaids
6 We Real Cool
7 Finishing Jubilee Street
8 Higgs Boson Blues
9 Push The Sky Away
DVD
1 Needle Boy
2 Lightning Bolts
Members:
¶   Nick Cave
¶   Thomas Wydler
¶   Martyn P. Casey
¶   Conway Savage
¶   Jim Sclavunos
¶   Warren Ellis
Past members:
• Mick Harvey
• Blixa Bargeld
• Barry Adamson
• Hugo Race
• Anita Lane
• Kid Congo Powers
• Roland Wolf
• James Johnston
Current lineup:
• Nick Cave – vocals, piano, organ, harmonica, percussion, electric guitar, string arrangements (1983–present)
• Thomas Wydler – drums, percussion, vocals (1985–present)
• Martyn P. Casey – bass, vocals (1990–present)
• Conway Savage – piano, organ, vocals (1990–present)
• Jim Sclavunos – percussion, drums, organ, melodica, vocals (1994–present)
• Warren Ellis – violin, fender mandocaster, loops, mandolin, tenor guitar, viola, bouzouki, accordion, flute, lute, piano, programming, percussion, string arrangements, vocals (1997–present; as guest, 1994–1997)
Discography:
• From Her to Eternity (1984)
• The Firstborn Is Dead (1985)
• Kicking Against the Pricks (1986)
• Your Funeral… My Trial (1986)
• Tender Prey (1988)
• The Good Son (1990)
• Henry's Dream (1992)
• Let Love In (1994)
• Murder Ballads (1996)
• The Boatman's Call (1997)
• No More Shall We Part (2001)
• Nocturama (2003)
• Abattoir Blues/The Lyre of Orpheus (2CD) (2004)
• Dig, Lazarus, Dig!!! (2008)
• Push the Sky Away (2013)
Awards:
• 2007 ARIA Hall of Fame: inductee (Cave); honorary inductees (Harvey, Ellis, Savage, Casey)
• 2001 ARIA Awards: Best Male Artist for No More Shall We Part (although the album is credited to Nick Cave and the Bad Seeds)
• 2001 Australasian Performing Right Association (APRA) 75th Anniversary: "The Ship Song" voted in the APRA Top 30 Australian songs
• 1996 ARIA Awards: Song of the Year, Single of the Year and Best Pop Release for "Where the Wild Roses Grow" 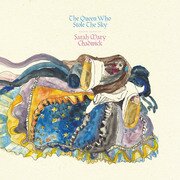