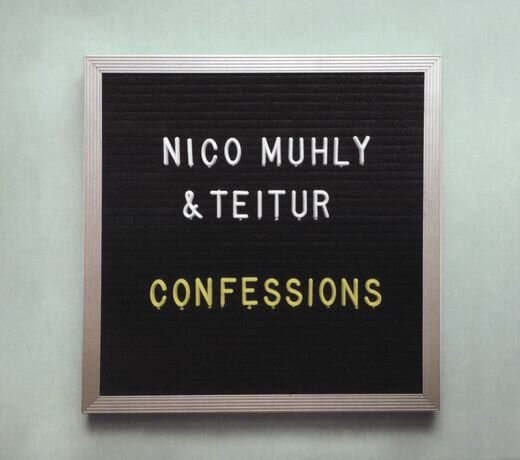 ¬•••   On Confessions, Teitur — a Faroese singer with a quintessentially Scandi~lilt to his voice, à la Sondre Lerche or a Jens Lekman — draws inspiration from the commoner stuff of life.
¬•••   Composer Nico Muhly and singer/songwriter Teitur have released a second song off their forthcoming album, Confessions, due October 21: “Don’t I Know You from Somewhere.” Album opener song “Describe You.” The album’s lyrics were inspired by video the pair found on YouTube. In 2009, Muhly, Teitur, and Holland Baroque toured the Netherlands, performing Confessions with the videos that inspired it, such as the one seen here for “Don’t I Know You from Somewhere,” projected behind the players.

REVIEW
By Sam Cleeve / 14 OCTOBER 2016, 09:30 BST / Score: 8
¬•••   https://www.thelineofbestfit.com/reviews/albums/nico-muhly-teiturs-confessions-is-chamber-music-for-the-2016-everyman
AllMusic Review by Marcy Donelson;  Score: ****
¬•••   http://www.allmusic.com/album/confessions-mw0002971025
Facebook: https://www.facebook.com/teiturmusic/
ABOUT THIS ALBUM
¬•••   Nonesuch Records releases Confessions, a collaboration between the acclaimed American composer Nico Muhly and the Faroese singer/songwriter Teitur, on October 21, 2016; the vinyl edition is due November 4. The two musicians began work on the project when Muhly was composer–in–residence at Muziekgebouw Eindhoven in the Netherlands. The songs’ lyrics were inspired by or culled from video and commentary the pair found on YouTube. Confessions was recorded with Holland Baroque.
¬•••   Hailing from the Faroe Islands, halfway between Norway and Iceland in the North Atlantic, Teitur Lassen (who uses only his first name professionally) has long been a successful pop artist in Europe, winning several Danish music awards, touring internationally, and collaborating with such artists as Seal, Corinne Bailey Rae, and French star Emilie Simon and Nolwenn Leroy. “We came up with this premise of boring videos, home videos,” he explains. “It was a time when everyone was posting these meaningless videos. It was just fascinating when we started watching them … The more you watched them the more you started to wonder, ‘What is behind this? Why are people doing this?’ They are really saying, ‘This is really beautiful, this is really sick, this is me,’ people confessing things. And that gave us the title for the record.”
¬•••   “Teitur took a lot of these things,” continues Muhly, “and looked at the comments and imagined the world that these people inhabited. We also solicited some anonymous Dutch videos, people telling us things that are unexpected, including this woman who said ‘I love the smell of my printer in the morning.’ It made me so happy. That smell is so specific. These are not confessions in a dirty way but more like if you went over to a friend’s house 10 minutes before they expected you and you got a glimpse into something private. As a songwriter, Teitur focuses on a little detail or a little gesture, and then one can divine bigger content.”
¬•••   Holland Baroque’s mission is “to convince a large and varied audience of the flexibility and vitality of (Baroque) music.” As Muhly notes, “They perform standing up, and they are as old school as you’d like, but they chewed into this material really gleefully. It was a kind of magic project actually.”
¬•••   When he began his tenure at Eindhoven, Muhly says, “I knew I wanted to work with this Baroque ensemble. The distance between contemporary listening and Baroque music is one of the most heartbreaking and interesting things. Most of the music I like is from the 17th century or before. It’s a tradition that never stopped — a small tradition, a specific one. There is something incredibly direct about Baroque music and Baroque instruments.” He continues, “But it also posed a different challenge. Baroque musicians aren’t accustomed to the sorts of rhythms attendant to contemporary music, and that brought another interesting tension to the project.”
¬•••   The original four songs from Eindhoven worked so well that Teitur and Muhly continued writing. By 2009, they had a concert–length piece comprising the 14 songs on Confessions. Muhly, Teitur, and Holland Baroque toured the Netherlands, performing the piece with the videos that inspired it projected behind the players; they recorded the songs at the end of the tour.
Label: http://www.nonesuch.com/
Nico Muhly: http://nicomuhly.com/news/2009/confessions/
¬•••¬•••¬•••¬•••¬•••¬•••¬•••¬•••¬•••¬•••¬•••¬•••¬•••¬•••