¶   What's so good?
¶   Brooklyn’s North Highlands has released their album, Wild One, this past week, and I’m guessing that it’s being received quite well. They’ve already gained critical praise from notable media outlets (including here on Indie Shuffle) and that was even before Wild One was released!
¶   Wild One is full of dance-worthy beats, but North Highlands also knows how to bring it down a few notches to a soothing ambience. The mix of reverberated guitar, sophisticated violin, classic piano, saturated synth, and silky yet sometimes quivering vocals makes for a beautifully orchestrated indie pop album. Some of their tunes can be considerably heart-wrenching; others can be rather uplifting and light-hearted.
¶   It’s nice to have that contrast within one album so you can experience the many facets of expressive music. Brenda Malvini explains it in a simple manner when describing the meaning of the song “Benefits”:
“It’s when you work hard your whole life and then it isn’t enough. You realize that and you just say fuck it and go dancing.”
¶   Yup, that pretty much sums it up. So shufflers, if you’ve hit a dead-end and you feel helpless and hopeless, just say fuck it and go dancing! But pick up a copy of Wild One first.
¶   By Christiana Bartolini  |  October 25th, 2011
¶   The author: Christiana Bartolini
¶   Music, holistic health, mindfulness, lots of shows, nannying, animals of sorts, creating, pyrography, harvesting food, farmer's markets, traveling, cooking, scooters, quads, the outdoors. An old soul. 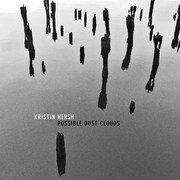