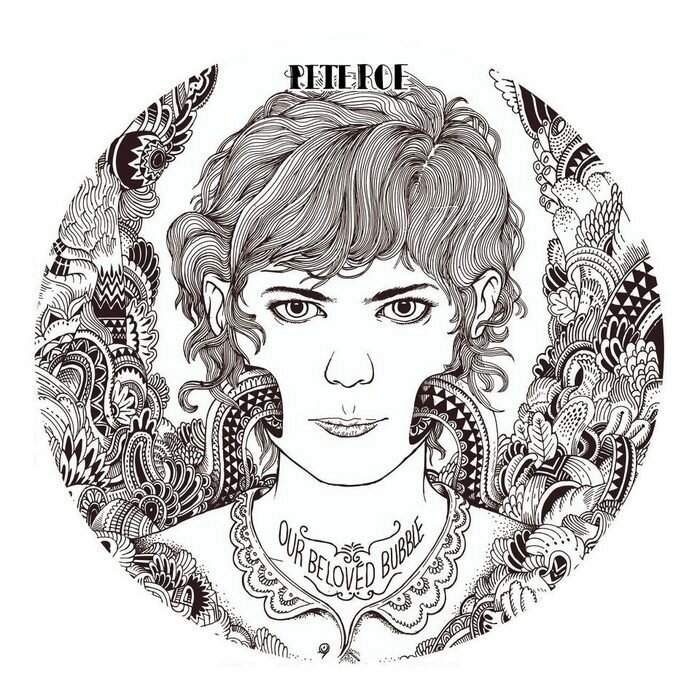 Pete Roe — Our Beloved Bubble
Born: 20 July 1981, London, Bristol, England
★   Singer–songwriter based in London, UK. He was formerly a member of Laura Marling's band and has also toured with Mumford and Sons, as well as supporting Lucy Rose on her recent UK tour. He has been compared to Bert Jansch, and been described as the missing link between John Martyn and Leonard Cohen.
Education: studied mechanical engineering at The University of Bristol.
Location: London, Britain
Instruments: Vocals, guitar, piano, harmonium
Album release: Monday 6th May 2013
Record Label: Middle of Nowhere Recordings
Duration:     43:48
Tracks:
1. A Strange Kind of Mystery in the Air     6:41
2. There has to be a Reason     4:28
3. Creeper’s Call     3:29
4. Further into Midnight     6:02
5. It’s Been Too Long     3:59
6. Her Own Magnesium Glow     3:39
7. Counting Backwards Slowly     5:29
8. After Hours with Johnny Guitar     5:28
9. You Left Me There Again     6:33
Hot Feet band:
★   Ross Holmes (fiddle)
★   Andy Lowe (double bass)
★   Matt Menefee (banjo)
Notes:
★   Pete Roe is a tuner and restorer of Harmoniums and Reed Organs.
Pete Roe, Our Beloved Bubble, album review
★   Pete Roe has an impressive debut album out called Our Beloved Bubble and is appearing at the Telegraph Hay Festival
REVIEW
By Martin Chilton, 8:00 AM BST 31 May 2013
★   There's a charm about Pete Roe's debut album Our Beloved Bubble that springs from the intricate, melodic, guitar–playing, the strong singing and lyrics, and right down to the attractive CD presentation — a two–piece cardboard cover, illustrated by Iain MacArthur, which is held together magnetically.
★   Although it's a debut album, 31–year–old London–born Roe (below) is no new kid on the block. The multi–instrumentalist has toured with Mumford & Sons and was in Laura Marling’s band for four years.
★   There is a depth to Our Beloved Bubble which reflects a thorough grounding in different styles of music. Roe's father John was the pianist in Irish band Le Chéile — stalwarts of the Irish music scene in the 1960s and 1970s — and the jazzy–folky spirit of John Martyn and Nick Drake infuses the album. But it's original music and you can see why Ryan Adams has praised the track There Has To Be a Reason.
★   Roe's guitar style owes something to Bert Jansch and he blends well with the Hot Feet band: Ross Holmes (fiddle), Andy Lowe (double bass) and Matt Menefee (banjo). ★   A Strange Kind of Mystery in the Air opens the album with panache and Roe, who studied mechanical engineering at Bristol University (perhaps he puts some of this knowledge to use in his other work as a tuner and repairer of harmoniums and reed organs), shows his subtle side on Creepers Call. The album has a fresh, live sound, and was apparently recorded without fuss over a couple of days in a studio near Loch Linhe in Scotland.
★   It’s Been Too Long is an enjoyable reflection on youthful hope and friendship and After Hours With Johnny and You Left Me There Again round off a strong first record. (http://www.telegraph.co.uk/)
Pete Roe discography:
★   Animals EP (2007)
★   The Merry–Go–Round (2010)
★   Circles (2012)
★   Our Beloved Bubble (2013)
Website: http://www.peteroe.org/
Twitter: https://twitter.com/mrpeteroe
Soundcloud: https://soundcloud.com/pete-roe
Facebook: https://www.facebook.com/MrPeteRoe?fref=ts
Agent:
In french:
★  Premier album pour ce talentueux guitariste qui s'est fait connaître en accompagnant Laura Marling.
★★★★★★★★★★★★★★★★★★★★★★★★★★★★★★★★★★★★ 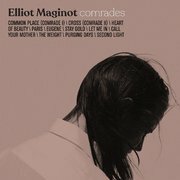