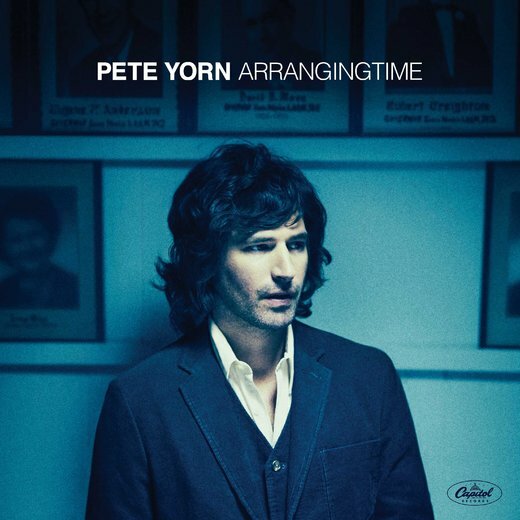 Pete Yorn — ArrangingTime (March 11, 2016)
♠   Acclaimed roots rock and folk–influenced singer/songwriter.
Birth name: Peter Joseph Yorn
Born: July 27, 1974, Montville, New Jersey, United States
Location: New Jersey ~ Los Angeles, CA
Styles: Adult Alternative Pop/Rock, Alternative/Indie Rock
Album release: March 11, 2016
Record Label: Capitol / Virgin EMI
Duration:
Tracks:
01 Summer Was a Day     3:58
02 Lost Weekend     4:11
03 Halifax     2:51
04 In Your Head     4:04
05 She Was Weird     4:17
06 I’m Not the One     3:35
07 Shopping Mall     3:51
08 Roses     3:52
09 Screaming at the Setting Sun     2:46
10 Walking Up     3:14
11 Tomorrow     3:14
12 This Fire     4:03
℗ 2016 Boyletown Music, Inc. Under Exclusive License To Capitol Records
♠   ArrangingTime plays with the elasticity of the years — it’s not only a culmination of the Los Angeles by way of New Jersey artist’s adventurous latter–day projects, but a return to his original leaner methods. For the first time since Yorn’s RIAA gold–certified debut, musicforthemorningafter [2001] and its follow–up Day I Forgot [2003] producer R. Walt Vincent returns to help Yorn execute his most poised and diverse set of songs yet. ArrangingTime runs the gamut from elegiac folk to wasteland blues to upbeat, synth–kissed rock. Of course, some things never change. Yorn still plays the observer, stepping into characters — or his past selves from previous years — routing wistful poems and beatific visions through the weather–beaten voice of a man who’s seen a few things in his time.
♠   “I’ll look at pictures of places I went, or things I did,” says Yorn, “and I think, ‘Look at how great that day was and you just missed it.’ I think about the past and how much of it is a blur. The title of the album is a reminder to be present and within each song is a minor lesson about that. Time only gets faster as you get older.”
♠   In addition, Yorn announced he will be performing at Coachella Sunday, April 14 and Sunday, April 26. Yorn also released the music video for “Lost Weekend” today. Says Yorn of the video:
♠   “We had a good time casting and working on this short film directed by the very talented Maria Ines Manchego. She came to us after hearing the song with a concept to capture a day in the life of a suburban kid and show how his encounters with the mundane act as a counterbalance to the bigger moments of our lives. Her use of natural light gives a raw feel to the footage and I love how it works with the song.
“Our star ‘Vince’ deals with some typical jackasses, takes it in stride, works out his frustration on the drum kit in his garage and catches the eye of an empathetic classmate…all over the course of one ‘Lost Weekend.’ Based on true events…” — PY
♠   Back in the fall, Yorn personally announced the record with a heartfelt letter posted on his social media. The likes of American Songwriter, Consequence of Sound, Stereo Subversion, and more featured him as the first track “Summer Was a Day” welcomed listeners back into his sonic embrace.
♠   These special packages grant pre-sale access to tickets for the Los Angeles–based singer and songwriter’s upcoming tour. Both the deluxe and standard pre–orders immediately unlock instant grat downloads of “Summer Was a Day” and the brand new single “Lost Weekend.”
AllMusic Review by Stephen Thomas Erlewine;  Score: ****
♠   Arriving after a six–year silence, ArrangingTime does seem like something of a rebirth for Pete Yorn: it finds the singer/songwriter re–teaming with his original producer R. Walt Vincent and debuting on a shiny new major label, Capitol. Yorn didn’t quite disappear in the time since 2010’s eponymous Black Francis–produced album — he paired with J.D. King on the 2013 project the Olms — but in a sense it seemed like he was wandering in the wilderness for even longer, never quite capitalizing on the promise he showed in the dawning days of the 21st century.
♠   On ArrangingTime, he doesn’t seem anxious to recapture his puppy–dog optimism, nor does he seem bitter — bruised, maybe, happy to slide into the smooth, slow electronic pulse that blankets the album. This manicured mellowness feels mature, a progression from a past that is nevertheless referenced: “In Your Head” recalls his original idol Ryan Adams and “Halifax” echoes “Black,” yet there’s little suggestion that Yorn is eager to recapture the mantle of the guitar–wielding troubadour so anxious to aspire to authenticity. Now a little bit older and wiser, Yorn feels settled in his skin, as happy to strum a song or sharpen a new wave hook (“Screaming at the Setting Sun”) as he is to linger in pretty melancholy.
♠   On this record, Yorn seems to master mood more than tune, but that winds up being to his benefit. This tonal elasticity gives ArrangingTime an enveloping warmth, one that is alluring even if it tends to shift concentration away from the songwriting that allegedly was his greatest strength.
Twitter: https://twitter.com/peteyorn
Facebook: https://www.facebook.com/peteyorn
Website: http://www.peteyorn.com/
_____________________________________________________________ 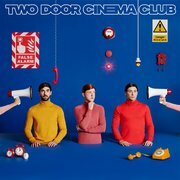