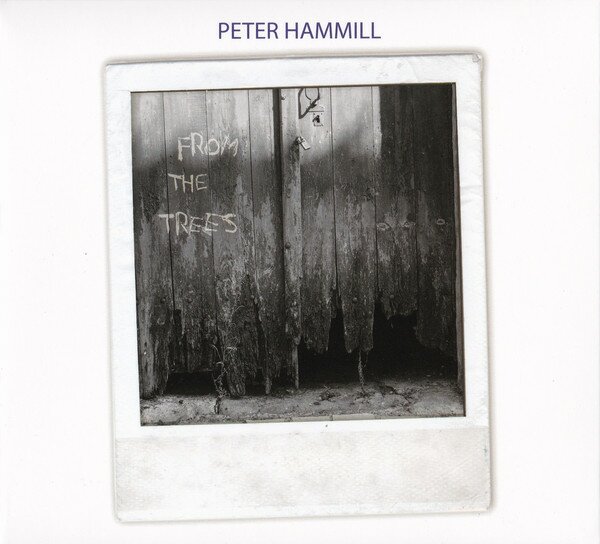 ★★↑       This prolific British art rock singer and songwriter is also co~founder of Van der Graaf Generator.
Birth name: Peter Joseph Andrew Hammill
Also known as: K
Born: 5 November 1948, Ealing, London, England
Origin: Manchester, England
Instruments: Vocals, guitar, keyboards
Location: UK
Album release: December 1, 2017
Record Label: Fie! Records
Duration:     42:58
Tracks:
01 My Unintended     3:36
02 Reputation     3:33
03 Charm Alone     3:41
04 What Lies Ahead     4:10
05 Anagnorisis     2:56
06 Torpor     3:50
07 Milked     5:53
08 Girl to the North Country     5:33
09 On Deaf Ears     4:33
10 The Descent     5:13
?       All tracks written by Peter Hammill.
Notes:
?       The songs on From The Trees are mostly based on single piano, guitar and vocal parts designed for live performance. Consequently the overdubbing is textural (supportive guitars, a central spine of bass, synth and string washes, multiple voices — backing, harmony, choral — behind the main one).
?       The characters who pave their fretful way through these songs are in general facing up to or edging in towards twilight. What’s coming to them are moments of realisation rather than resignation. In the third act of life it’s time to look with a clear eye at where one’s been, at where one’s going.
?       Another unique entry in Peter Hammill’s unique catalogue.
Review
Written by: Dan Coffey
?       Roughly 20 years ago, Peter Hammill recorded the song “A Forest of Pronouns” which contained the lyric, “And I got lost in the forest of pronouns, so I can’t see the wood for the trees.” In his latest album, From the Trees, he’s emerged from such a forest with a clutch of songs that brings clarity to states of turmoil and confusion caused by the dense foliage of miscommunication and the pathways that can divert one from a perhaps more desirable fate.
?       In his previous solo album (Hammill is also frontman for the legendarily iconoclastic pseudo~prog band Van der Graaf Generator, who released an album featuring Hammill’s lyrics last year), “…all that might have been…” there was a definite “he” and “she” throughout the cycle of songs. Not so, here; there are “yous” that might refer to an authorial “I” or vice versa, and “hes” that could refer to an “I” or a “you.” A more typically ambiguous Hammill album, then. As has often been the case in Hammill’s oeuvre, the identity of the songs’ characters is less important than the situation that they find themselves in. Here, we’re treated to ten songs that feature mostly unlucky souls that have come from the trees into an openness where, for a few minutes, their tangled circumstances are keenly observable.
?       Hammill does things differently than he used to; he’s slowed his output considerably, and he’s allowed that output to be presented in a more fluid fashion: during a series of concerts in Japan last year, he distributed 100 CD~Rs containing demo versions of 5 new songs. Of course, they made their way to YouTube [and are still the only examples of From the Trees tracks available there ~ ed.], and any Hammill fan eager for any new material could easily have a listen. Of course, there was no way of knowing how close those demos would be to their final form on the eventual album, but it was a hand of cards that Hammill had never before shown. Those five songs remain, at their core, unchanged, but are presented with a minimum of embellishments. Piano and guitar (mostly acoustic, with a little electric thrown in for color) define the instrumental sound of From the Trees. Vocally, Hammill’s voice has retained its church bell~like clarity and resonance, and those peculiarly Hammillian backing vocals are as decentering and disorienting as they’ve ever been, adding a chill and a frisson to the delivery.
?       With the possible exception Sitting Targets from 1981, From the Trees may boast the shortest songs from beginning to end to ever comprise a Hammill album. So many musical ideas are packed into these nuggets, as well as hyper~condensed lyrical explorations, that one really has to pay close attention, or those few minutes will be over and done. These songs are fine lyrical companions to those on recent albums such as Consequences, Thin Air, and the collaboration with Gary Lucas, Other World. The opener, “My Unintended,” might make the long~time fan think of much older songs like “My Experience” or “My Favourite,” but this is examination in hindsight.
?  http://stereoembersmagazine.com/
?___________________________________________________________ 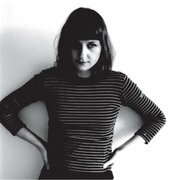