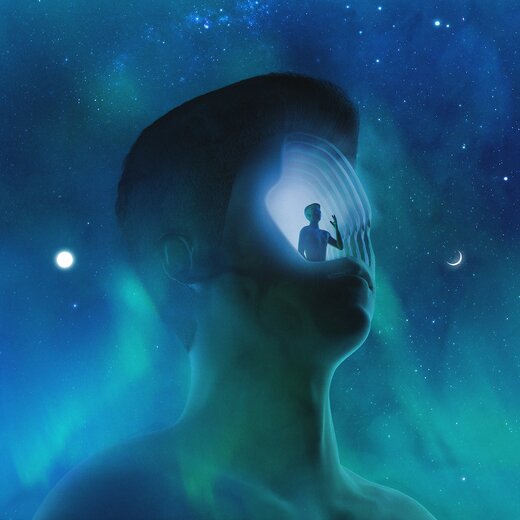 δ♦δ      He was born to a Moroccan father and a French mother. Petit Biscuit is a 17 year old electronic music producer from France, keen to take on the world. After picking up the cello at age 5 and entering French classical music school the Conservatoire soon after, things heated up when Petit Biscuit got his first PC at 11. Editing and mixing all the sounds of his tracks himself, he excels in creating unmistakable chopped and twisted vocal leads. His first tracks got him an impressive following on SoundCloud and YouTube early on. Now with the release of his debut EP in May 2016, the delicate music of the young prodigy has started to spread like wildfire. The song “Sunset Lover”, heady and recognizable among thousands, acts as its spearhead.
EDITORS’ NOTES
δ♦δ      Dreamy synths and celestial grooves to dance the day away.
Birth name: Mehdi Benjelloun
Born: 10 November 1999, Rouen, France
Location: Rouen, France
Genre: Electronic, Tropical House
Album release: Nov 10, 2017
Record Label: Petit Biscuit Music
Duration:     53:59
Tracks:
01. Creation Comes Alive (feat. Sonia)     3:18
02. Problems (feat. Lido)     3:40
03. Follow Me     4:41
04. Beam     3:46
05. Break Up     4:22
06. Gravitation (feat. Møme & Isaac Delusion)     3:38
07. On the Road     4:20
08. Wake Up (feat. Bipolar Sunshine & Cautious Clay)     3:12
09. Presence     4:58
10. Oceans     3:42
11. Waterfall (feat. Panama)     3:30
12. Sunset Lover     3:59
13. Forever Being     3:35
14. The End     3:08
℗ 2017 Petit Biscuit Music
About Petit Biscuit
δ♦δ      One~half of an indie rock duo called Mount Dreams, Mehdi Benjelloun also produces lean and dreamlike dance music, inspired by the likes of Bonobo, Shlohmo, and Flume, as Petit Biscuit. Benjelloun, a native of Rouen, France, started making music on his synthesizer at the age of 12 and was a quick study. Within a couple years, the multi~instrumentalist — who can also play cello and guitar — was uploading early recordings to SoundCloud. In May 2016, at the age of 16, Benjelloun released a self~titled EP highlighted by the dazed “Sunset Lover” and the whimsical “Once Again.” Benjelloun made his first performances around the same time, including an appearance at Festival Panoramas. ~ Andy Kellman
BREAKOUT FRENCH ARTIST’S PRESENCE SET FOR RELEASE NOVEMBER 10, HIS 18th BIRTHDAY
δ♦δ      Classically~trained French artist Petit Biscuit unveils his video for “Beam” — watch it here. The track is taken from his highly anticipated debut album Presence, set for release on November 10, his 18th birthday.
δ♦δ      “This video is a metaphor of the genesis of my debut album Presence: a long journey from one unreal situation to the next,” says Petit Biscuit. “It’s only now that I’ve begun to realize everything that’s happened in the last few months: the disproportionate achievements we’ve forged with hard work, with the kind of stubbornness that enables us to realize our dreams. The colossus that you see on my album cover and in the video is my music, or rather is the album. Today is November 3, I’m almost 18 and I’m proud to introduce you to it.”
δ♦δ      “Beam” follows debut single “Waterfall” featuring Panama, which has been streamed more than 7 million times to date — listen here and preorder the album here.
δ♦δ      Recorded over the course of the past year, Petit Biscuit — a.k.a. Mehdi Benjelloun — wrote, produced and mixed Presence completely independently, finding time between high school exams and sold out tours across the U.S., Europe and beyond. The album is his complete creative vision, and includes contributions from Lido, Bipolar Sunshine and the aforementioned Panama. The album was mastered by legendary engineer Chab (Daft Punk, Air, Sebastien Tellier) in a nod to the forefathers of French dance music.
δ♦δ      Presence is the first new music from Petit Biscuit (\pə.ti bis.kɥi\) since the release of his debut EP featuring smash hit “Sunset Lover,” released in 2015 when he was only 15 and streamed more than 350 million times to date.
δ♦δ      The new album caps off a whirlwind year for the 17~year~old producer, who has played this year to sold~out crowds at New York’s Brooklyn Steel, Los Angeles’ The Novo, San Francisco’s The Warfield, Washington, D.C.’s 9:30 Club, Denver’s Gothic Theatre and more in addition to festival plays and headline dates across his native Europe. Petit Biscuit will return to the U.S. for select dates this winter, with stops in Seattle, Boston and Chicago.
δ♦δ      A classically trained musician from a young age, Petit Biscuit plays piano, guitar, cello and more, and began experimenting with electronics to form his signature sound at age 11. Presence is heavily informed by his schooling, combining acoustic elements with innovative electronic production and his trademark vocal manipulations.
δ♦δ      http://www.sacksco.com/pr/petit_biscuit.html
Website: https://www.petitbiscuit.fr/
Twitter: https://twitter.com/PetitBiscuit
Facebook: https://www.facebook.com/petitbiscuitsound/
♦δ♦δ♦δ♦δ♦δ♦δ♦δ♦δ♦δ♦δ♦δ♦δ♦δ♦δ♦δ♦δ♦δ♦δ♦δ♦δ♦δ♦δ♦δ♦δ♦δ♦δ♦δ♦δ♦δ♦δ♦δ♦δ♦δ♦δ♦