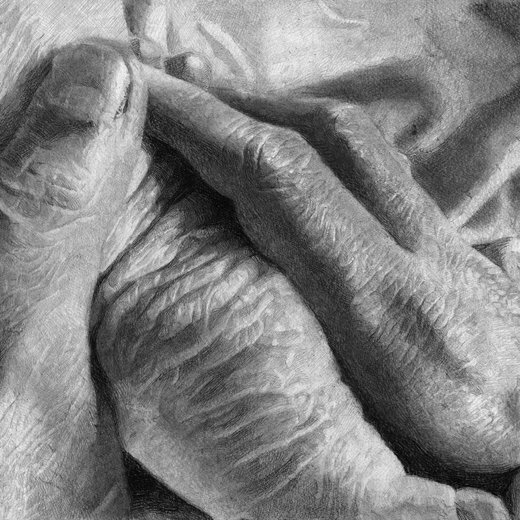 ■   The exploration from the shared senses received from faraway land “Japan”, made it possible to create a new music interpretation.
■   A noble, beautiful masterpiece is crafted from the combination of classical music techniques and modern technologies, with the sensitive piano touch and rhythmical percussion. Quentin Sirjacq continues searching for what “music” should be, and all the possibilities are contained with disorder in this piece of album.

Review, April 2016
■   Paris–born pianist, composer, and multi–instrumentalist Quentin Sirjacq (b. 1978) has recorded a number of albums for Schole, most of them centered around his highly developed piano playing (he studied at the Royal Conservatory in The Hague and later Mills College in California). Which makes his third original album, Far Islands and Near Places an extremely interesting project, less for the fact that it musically draws for inspiration, at least in part, from Japan and more for the fact that it augments his keyboard (Piano, Fender Rhodes, Synthesizer) and percussion playing with the marimba, vibraphone, and glockenspiel stylings of Arnaud Lassus. His contributions form no small part of the album; if anything, Lassus’s playing casts Sirjacq’s music in an entirely new light by energizing it with rhythmic force.
■   Lassus’s presence is felt immediately on the forty–minute album when his marimba and glockenspiel patterns complement the elegant melodies voiced by piano in “Aquarius” and invest the music with a pronouncedly swinging quality. Further to that, Sirjacq expands upon his own contributions by supplementing acoustic piano with electric piano and synthesizer, a move that enhances greatly the stately setting “Far Islands.” Though only two musicians are involved, the album’s performances sound like those of a small ensemble, and the dimensionality of Sirjacq’s music benefits greatly as a result.
■   The percussive presentation is so much at the forefront of “Wolfes” [sic] it begins to sound as if what we’re listening to is a Sirjacq composition performed by the Steve Reich Ensemble, and when an insistent dance music rhythm animates “Bodies,” one could be forgiven for thinking that the material in question is by someone like Francesco Tristano than Sirjacq, so unexpected is it to hear a techno pulse in one of his pieces. Japan isn’t the only country evoked by Sirjacq’s material either: with vibes and piano featured prominently in its arrangement, the nostalgic setting “It’s Raining in my House” exudes the cosmopolitan character of a cafe on Paris’s Left Bank during the ‘60s.
■   Multiple genres are invoked over the course of the album, jazz, electronic, and classical among them, though they’re not treated as separate entities; instead, different styles and flavours appear within the same setting. A signature characteristic of Sirjacq’s piano playing is the delicacy of his touch, and ample instances of it surface on the album (e.g., “Cold Lands,” “A Dream in a Dream”). Thankfully, though Far Islands and Near Places presents him in a refreshing new light, it doesn't do so at the expense of that defining aspect of his artistic persona.
April 2016, http://www.textura.org/

■   Quentin Sirjacq, a french Pianist and composer, is making its premiére in Lisbon, of his new album, « Far islands and near places ».
■   This is what Quentin Sirjacq says about his new album « Far islands and near places »
■   “This present music has had several meanings for me.
■   First of all I wanted to add new sounds to my piano playing. After the solo album Piano memories, i felt the need to connect the piano with instruments and sounds that could extend the resonances of the piano as well as add more rhythmic quality to it.
■   On one end the keyboards like Fender Rhodes, or synthesizers, are bringing an electric quality and that is clearly with reference to pop and electric music. Because these instruments actually only belong to certain music styles and era of time (that you can call « amplified musics », born in the mid twentieth century).
■   On the other end I wanted to add the sounds of percussion keyboards like marimba, vibraphone and glockenspiel. They were proposing a rhythmical aspect that helped to make the polyrhythmic patterns of my music come out — and it gives also an « ancient » sound quality.
■   Those are the two elements of orchestration.
■   The third element is the one of creative mixing. It was very important to me to blend this two elements through a mixing that is very influenced by modern techniques of sound engineering.
■   The entire album is going around this idea of emphasis of the piano sound through two specific vehicules, a modern aspect linked to technological devices and an « old fashion » one based on piano and percussions which is not so contemporary in his history.
■   That is for the description of the sonic quality of the music.
■   In more artistic terms I wanted to connect the very sensitive aspect of piano touch and feel and its narrative with a contemporary way of rending sound.
■   The final goal is to allow the listener to travel in different subconscient places, by using classical composition techniques from classical music, jazz or song writing in connection with today’s way of hearing and producing music through new technologies.
■   So ultimately i hope that this music will be able to trigger several layers of interpretations, in relation to several time experiences in our own lifes, and propose a time travel in the different âges of our individual and collective life stories.
■   I believe music of today should allow us to care more about our inner life and self understanding in order to become more peaceful individuals and acknowledge the complexity and mystery of the human being.
■   It is important to make specific music for specific communities or specific moments of life but i have always been looking for a musical sound that would blend as many possibles « worlds » in one individual — with the sincere desire to open our sensibilities to the stories, environment and realities that we share.
■   QS (Quentin Sirjack) ” ♠  https://thegoodthebadandtheuglybar.com/
Label: http://schole–inc.com/
Website: http://www.quentinsirjacq.com/
Facebook: https://www.facebook.com/quentinsirjacq/
Discography:
■   2006 LEAVES & SNOWS (Label: Ambiances magnétiques, Canada, 2006)
■   2008 DRONES & MELODIES (music by José Maceda, Label: Tzadik, USA, 2008)
■   2008 OUT OF NOWHERE W/JOELLE LÉANDRE (Label: Ambiances magnétiques, Canada, 2008)
■   2010 VALLISA (Dakota suite, David Darling & Quentin Sirjacq, Label: Glitterhouse records, Germany, Format: cd & vinyl, 2010)
■   2011 THE SIDE OF HERE INEXAUSTIBLE HEART (Dakota suite & Quentin Sirjacq, Label: Glitterhouse records, Germany, Format: double cd & vinyl, 2011)
■   2009 LA CHAMBRE CLAIRE (Label: Brocoli, France, released 2009)
■   2011 LA CHAMBRE CLAIRE (Label: Schole, Japanese edition, released 2011)
■   2013 LES BEAUX JOURS  / BRIGHT DAYS AHEAD (Label: Schole, Japan, released 2013, soundtrack of the motion picutre directed by Marion Vernoux, with Fanny Ardant, Patrick Chesnais and Laurent Lafitte, Production Les Films du Kiosque, label: Schole, Japan,
■   2014 PIANO MEMORIES (label: Schole, Japan, released february 2014)
■   2014 THERE IS CALM TO BE DONE / DAKOTA SUITE & QUENTIN SIRJACQ (Japanese release on Schole, Release date: 22.06.2014 / European release on Karaoke kalk, Release Date: 18.07.2014, Format: CD/LP/DLLP)