REVIEW
By Scott A. Gray;  Score: 8
¶  "Delivering on the promise of their debut, Toronto, ON art rock outfit Radius & Helena are back with the first part of an epic two-album cycle. Their Blonde Redhead-influenced progressive space rock has evolved to incorporate a much wider palette of sounds. Opener “The Astronaut” serves as the ignition sequence; it’s a slow-burning, sleepy Southern shuffle boiling its way to an explosive burst of shimmering guitars, silken vocal harmonies, cranium-vibrating bass, nebulous, purring synth and crashing drums. Though the album feels thematically united, no two songs share many similarities, other than the rich, Thom Yorke-esque vocal interplay between co-leads Ryan Fairley and Christopher Felske, and the ever-mutating patterns of Steve Kwok’s walloping stick work.
¶  Through it all runs a lyrical theme exploring the dark recesses of the human heart and the animalistic id we take great pains to mask publicly. Dense yet spacious, pessimistic but hopeful, Fangs is one of the year’s best, presenting the contradictions of the human condition in diverse, highly cinematic song form." Independent/http://exclaim.ca/)
In french:
¶  Un album plutôt ambitieux. A découvrir.
_________________________________________________________________
¶  After over two years in the making, the debut album from Toronto rockers Radius&Helena is upon us. Shake and tremble my friends, it is a monster-terrible and big. Mixed by Ian Sattler and mastered by Jon Drew (Tokyo Police Club, Magneta Lane), it is an album of rare depth and scope, the like little seen in these modern times. Truly, we kid you not.
¶  Radius and Helena pride themselves on being able to tell a good story. Ryan Fairley (guitar, vocals, keys), Steve Kwok (drums), Denise Sumandl (bass, guitar, keys) and Christopher Felske (vocals, guitar, keys) explain their music as being “vintage sci-fi indie rock.” Their influences include Blonde Redhead and Sonic Youth, deriving a love of ardent melodic patterns from the former and a taste of the experimental from the latter. The result is infectious. Their driven episodes are dragged through a torrent of dark corridors and plot twists. Eye Weekly describes them thus: ¶  “This discordant yet blissful psychedelic art-pop band create meandering epics that are bold, lush and thought provoking.”
¶  They sing about the ends of the Earth, and about high fashion. They sing about the rising trends in western litigation. Throughout, they set strange moods and dish out a smart mouthful of social satire. Radius and Helena deliver their name-a name with visionary ties unto itself. A still from a 1920 Czechoslovakian play by Karel Čapek shows a woman being scorned by an automaton.
_________________________________________________________________ 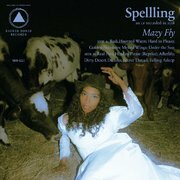