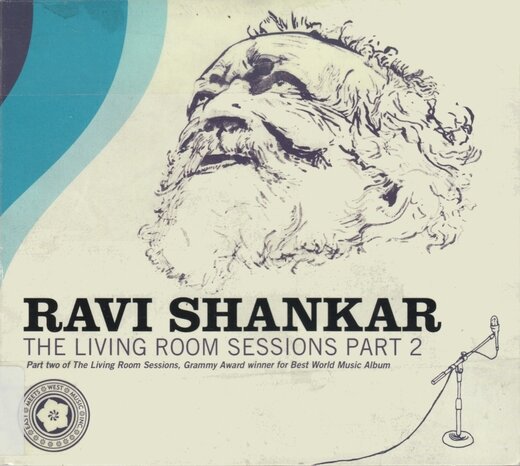 Review
Θ≡  ''I was treated once again to the exquisite, delicate beauty of Ravi Shankar and his sitar at play with all of the possibilities that a lifetime had revealed to him, dancing sounds into being, the equal of which we'll truly never hear again.'' — No Depression
Θ≡  ''It's an exceptional memorial to a man who brought his music to the West and had an enormous influence on everyone from John Coltrane to George Harrison.'' — The Buffalo News
Product Description:
Θ≡  In October 2011, at the seasoned age of 91, Ravi Shankar invited his long-time tabla accompanist, Tanmoy Bose, to his home in Encinitas, California for an informal recording session. Over four days, they worked in Shankar’s living room, recording seven different ragas. The resulting music is pure Shankar — a pairing of deep musical experience and brilliant technique performed with the energy and passion he brings to his live concerts. The first four of these sessions, released in 2011, won a GRAMMY award for Best World Music Album.
Θ≡  The Living Room Sessions Part 2 is no less noteworthy, with three of the last session recordings made by Maestro Ravi Shankar before his death in December 2012. Shankar’s playing is characterized by such intensity, clarity, and delight that it reveals, once more, the maestro’s musical genius as something to reckon with, even in his tenth decade.
Biography
Θ≡  Rabindra Shankar Chowdery, aka Ravi Shankar, was born on April 7, 1920, in Varanasi, India, into a well-off orthodox Brahmin family. His father, ShyÆm Shankar, was employed as a diwan (minister) by the Maharajah of Jhalawar. By the age of 13, Ravi Shankar was going along on every tour of his brother Uday Shankar's Compaigne de Danse et Musique Hindou (Company of Hindu Dance and Music). At the All-Bengali Music Conference in December 1934, he met the multi-instrumentalist Allauddin Khan. Θ≡  Precisely when Allauddin Khan was born is uncertain. Θ≡  People hazard dates in the 1860s around 1862, but in later years he himself gave his age haphazardly. He would transform many musicians' lives, but he had an incalculable effect on Ali Akbar (his son), Annapurna Devi (his daughter), and Shankar himself. Allauddin Khan joined Uday's troupe as its principal soloist around 1935-1936.
Θ≡  In 1938, Shankar gave up a potential career as a dancer and went to study with Allauddin Khan in Maihar. In 1939, he began giving public recitals and came out of training at the end of 1944. Until 1948, he based himself in Bombay and gave programs all over India. He toured and wrote for films and ballet. Around this time he began his recording career with a small session for HMV (India). Work for All India Radio followed, as music director from February 1949 to January 1956 in New Delhi. Θ≡  Concurrently, his international star was on the rise. In 1954, he performed in the Soviet Union. In 1956, he played his debut solo concerts in Western Europe and the U.S. Within a decade he would be the most famous Indian musician on the planet. Within two decades he became probably the most famous Indian alive. His English-language autobiography, My Music, My Life (1969), is still one of the best general introductions to Hindustani music. It would be hard to over-estimate his influence in late 20th century Western music. His disciples included George Harrison and Philip Glass.
Θ≡  Shankar was not one-dimensional. Apart from pursuing a career as a classical performer, he also experimented outside this field. For this reason he has attracted criticism from purists. Some of this, especially during the Beatles era, undoubtedly had an element of jealousy to it, and some was certainly warranted, because Shankar did take many chances. Θ≡  In fact, that was one of the things that kept his music exciting. To use a cricketing image — baseball would be wholly inappropriate — Shankar's batting average remained high throughout a long and illustrious career. In later life, he spent a great deal of time in the U.S. at his home in California, and continued to give spellbinding live performances well into the new century. However, his final concert took place in Bangalore, southwest India, in February 2012, where he shared the stage with his daughter, Anoushka. Sadly, following a long period of ill health, Shankar passed away at a San Diego hospital on December 11, 2012, aged 92. Θ≡  A pair of albums appeared later that year, Living Room Sessions: Part 1 and a performance of Shankar's only symphony composition, simply called Symphony, done by the London Philharmonic Orchestra with David Murphy.
Website: http://www.ravishankar.org/
Label: http://eastmeetswestmusic.myshopify.com/
YouTube: http://www.youtube.com/user/ragaravishankar
_______________________________________________________________ 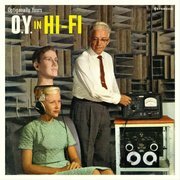