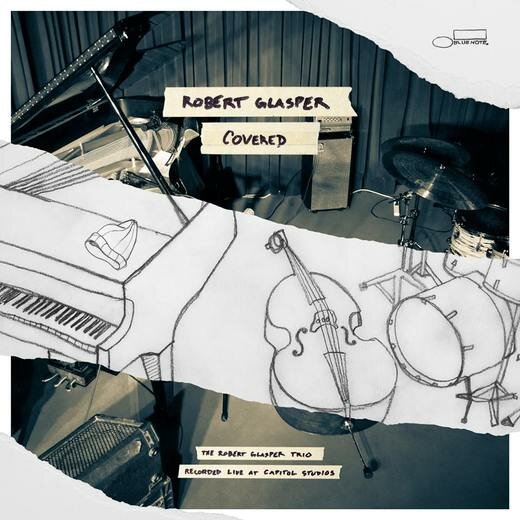 Robert Glasper — Covered (June 16, 2015)•••  Acoustic jazz arrangements of songs by Radiohead, Joni Mitchell, Kendrick Lamar, John Legend & others. •••  Fresh off yet another Grammy win, our guy Robert Glasper now has plans of shaking up the music world again this Summer. As mentioned in our “Dillalude 3” premiere, Glasper has a new project on the way set to drop in June. As just announced with Billboard, RG’s new Blue Note album, Covered, will be out June 16th. Alongside bassist Vicente Archer and drummer Damion Reid, the trio recorded Covered at Capitol Studios in Hollywood, this past December. 3–tracks are Glasper’s own (with features from Jean Grae, Macy Gray, and Harry Belafonte), while the remaining 9 tracks include covers of Kendrick Lamar, John Legend, Radiohead, Jhene Aiko, Musiq Soulchild, Bilal, and Joni Mitchell. Get the full tracklist for Covered, below, and please believe you’ll find all that music here as soon as it starts rolling out.